Macau has seen its ups and downs. Will the world’s No.1 gaming town return to stability? 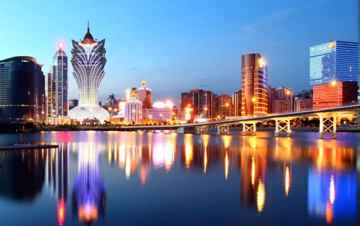 The Macau rally is officially in its second year. Following an unprecedented two-year slump in which the city’s casinos shed billions in value, China’s only legal gaming jurisdiction is back in business and seemingly stable.

Will the recovery last? It depends on the good graces of the federal government, the sustained health of the Chinese economy, the effects of new supply and improved infrastructure on the local industry, and possibly, emerging competition.

In June 2014, Chinese President Xi Jinping’s anti-corruption crusade sent Macau’s casino industry into a tailspin. High rollers took flight, often to other jurisdictions. In August 2016, after 26 months, revenues started to rebound. They’ve been on the plus side ever since.

But analysts continue to watch the seismograph amid rumblings about further clampdowns by Beijing. Among other measures, the government has instituted stricter controls on junkets, limited ATM cash withdrawals, and introduced facial recognition technologies to combat capital flight and money laundering.

In a city that’s derived up to 80 percent of government revenues from a single industry—casinos—Xi also called for a stronger, more diverse economic base. With gaming concessions up for renewal starting in 2020, operators are motivated to stay on the government’s good side. That could be a long-term positive.

“Diversifying its revenue streams not only satisfies the wishes of public policymakers, it’s good business,” says Andrew Klebanow, partner at Global Market Advisors. “The financial returns on revenues from retail leases, hotel room revenue and even food and beverage are all satisfactory and worthy of additional capital investment.”

New developments on the Cotai Strip live up to the term “integrated resorts” with increased family-friendly attractions, high-tech visitor experiences, and abundant retail and dining (in a telling development, Macau was recently designated a UNESCO Creative City of Gastronomy). There’s a greater emphasis on mass players and mainstream entertainment; some of Macau’s newer resorts on the Cotai Strip have even opened without VIP rooms.

While there’s a greater respect today for Macau’s mass market, VIP is also back. “The higher-net-worth players’ regained comfort to visit Macau is on sound footing,” according to Alex Bumhazny, senior director at Fitch Ratings. “That said, we do not expect the crackdown to relax. Zhao Leji, who will replace Wang Oishan as Macau’s top anti-corruption official, will likely uphold Xi Jinping’s focus on fighting graft, which was reconfirmed at the recent party’s congress.”

“The crackdown continues,” Klebanow agrees. “But those tourists who made their fortunes legitimately are no longer fearful of possible repercussions.”

Meanwhile, “there remains a tremendous amount of pent-up demand” among mass tourists. “With the upcoming openings of MGM Cotai and Lisboa Palace along with the tourism developments on Hengqin Island, the mass market will continue to grow, and form the foundation of a sound and diversified tourism economy,” Klebanow says.

As Angela Leong, an executive director at SJM Holdings, has said, VIP play will always be vital to that company’s success, but it will concentrate on mass play at the Grand Lisboa Palace, due to open in 2018.

“The direction we’re going is that we have to make the hotel residents here spend more at the property,” Leong said in August. “We cannot really go always for the very high-end customer.”

Vegas of the East?

Will non-gaming ever be as big a factor in Macau as it is in, say, Las Vegas, which now derives about 60 percent of total revenues off the casino floor?

Not likely, though the Macau government has a set a non-gaming revenue target of 9 percent per year. Macau’s gaming revenues are “six times the size of the Las Vegas Strip’s,” says Bumhazny. “Material revenue diversification would be hard to achieve given the sheer size of the gaming revenues—$32 billion over the past 12 months.”

New hotel supply in the city has had “only a modest impact on the average length of stay, which moved from 1.0 day before the last wave of Cotai supply to 1.2 days in recent quarters,” he says. “This speaks to the mainlanders’ tendency to look at Macau as a day-trip gambling market.”

The openings of MGM Cotai and Grand Lisboa Palace “will further solidify the critical mass on Cotai,” drawing more players from downtown, says Bumhazny. “Longer-term, the buildout of Cotai will make Macau a more desirable travel destination in the region, which will help to increase the visitors’ length of stay and diversify Macau away from gaming.”

“We need to reinvent ourselves,” Ho said at the forum in October, adding that the city should court more young, middle-class families. “They are more affluent, more educated. They have demand for leisure and entertainment. It would be enough to have them revisit Macau and become our stable customer source.”

Fitch Ratings expects mass to grow at a slightly higher rate than China’s GDP, which it forecast to grow slightly above 6 percent through 2019. “The higher-than-GDP growth will be driven by China’s shift towards a more consumer-oriented economy, new hotel supply in Macau and new transportation infrastructure in and around Macau,” says Bumhazny. “Our forecast for VIP is the same, but obviously VIP tends to be a lot more volatile—it may well outperform mass or vice-versa.”

While VIP will remain above 50 percent of total gaming revenues for some time, he says, “mass and premium mass, being a more stable and profitable business, is the foundation for Macau now in terms of how operators plan their development spending.”

Despite its recent strong-arm approach to Macau gaming, the central government is strongly invested in the jurisdiction’s success. The Big 6 gaming concessionaires—all of whom have been responsive to Xi’s demand for a more balanced local economy—are likely sitting pretty for renewals over the next few years. “Stability benefits all parties,” notes Klebanow.

“Beijing probably doesn’t want to rock the boat too much in Macau,” says Bumhazny. “Unrest there may challenge the special administrative region model, which is arguably already strained by tensions with Hong Kong.”

The coming Japan casino industry should not have a marked impact on Macau, Bumhazny says. “Japan will draw more from northern Asia, while Macau draws heavily from Hong Kong, Guangdong and the surrounding provinces. As a side note, Macau’s revenues continued to grow in the high double digits when the Singapore casinos opened.”

According to Secretary for Economy and Finance Lionel Leong, GGR in Macau for the year should see “positive double-digit growth” over last year, and 2018 gaming revenues “will be even higher.”

Lawrence Ho, CEO of Melco Resorts & Entertainment, has pointed out that the crackdown was not on gaming but corruption. In a May interview, he pronounced himself “extremely bullish” on Macau. “Definitely within the next five years, it will grow back to the $45 billion gaming market,” said Ho. “Macau is the best market in the world.”

Earlier this year, the Macao Government Tourism Office estimated that visitors to the city could top 40 million by 2025, with revenues growing accordingly. MGTO Director Helena de Senna Fernandes said the goal is to “establish Macau as a world center for tourism and leisure” in the next 15 years—a goal that is both ambitious and thoroughly optimistic. GGB: Sum up the experience of MGM Cotai.

Sarah Rogers: It’s spectacular! We have a space called the Spectacle, the central hub of the property and one of the world’s largest areas of LED screens and green walls. With over 2,000 plant species, it’s also the largest interior art garden in the world, about the length of a football field. It’s programmed with an incredible collection of 1,000 meters of ultra-high definition LED displays and more than 700 LED lights combined with 125 high-performance speakers. The space will seem to be alive, continually evolving, and responding to changing conditions such as visitor behaviors, weather, time of day or season.

The MGM Theater, Asia’s first dynamic theater, can change into 10 different seating configurations to host a variety of entertainment offerings.

Beyond this, MGM Cotai is home to a unique art collection of over 300 pieces of contemporary art with a theme of bridging the East and West, tradition and technology, and is also one of the largest permanent art collections in Macau.

How does the new resort reflect the “new Macau?”

MGM has always supported the diversification of Macau, and MGM Cotai will allow us to expand on that. In the past 10 golden years, we’ve contributed to the city’s development of cultural and creative industries with over 20 art exhibitions at our permanent art space and a variety of cultural events, such as the International Lion Dance Competition and Oktoberfest.

In Las Vegas, MGM is the leader in entertainment. At MGM Cotai, we’ll have the MGM Theater allowing us to do what we do best with our three resident shows.

We’ll be opening with only mass tables, as we believe this is the basis of the future of Macau. However, we’re developing relationships with junket operators for MGM Cotai and will bring on in-house VIP operations over time.

What has MGM learned from watching its competitors open up in Cotai?

We’re in a neighborhood of already very successful resorts—across the street from Wynn Palace, next to City of Dreams and backing up to Sands Cotai Central. Our opening should add another great house to an already great block. What sets MGM Cotai apart goes back to innovation. What we’ve built is not replicated anywhere else in the world.

There’s been a lot of upheaval in Macau in the past few years, but the recovery seems solid. Are you confident Macau will continue to lead the gaming world?

Macau is certainly well positioned to continue to be the leading global gaming destination. Tourism has been growing steadily. From January to August, Macau welcomed more than 21 million visitors, more than 4 percent year-over-year growth.

According to the recent tourism master plan, non-gaming spend by visitors to Macau will more than double to US$12 billion-$14 billion by 2025.

MGM Cotai is determined to drive greater product diversification and bring more advanced and innovative forms of entertainment to Macau as it further solidifies its position as a global tourist destination.