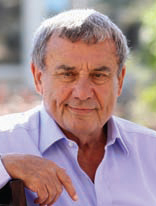 On March 21, Sol Kerzner died of cancer at his home in South Africa.

Johannesburg, the son of

Russian immigrants studied to be an accountant, but in his mid-20s took a sharp right turn and bought an inn in Durban, South Africa. He then transformed the shabby property, the Astra, into one of the most popular hotels in the area.

It was the start of a remarkable career that spanned six decades. With a combination of intelligence, moxie and vision, Kerzner far outstripped his peers to become one of the most influential entrepreneurs in South Africa and the world.

Among his most notable achievements was the founding of two major hotel groups, Southern Sun and Sun International, which turned his home country into a tourist destination and earned him the name “the Sun King.”

Kerzner may be best remembered for his ambitious Sun City resort project, arguably the first integrated resort. Starting in an undeveloped section northeast of Johannesburg, he built four hotels, a man-made lake, two Gary Player golf courses and a 6,000-seat entertainment venue that hosted artists like Frank Sinatra as well as world title fights. According to Forbes, “Kerzner defied the naysayers to train a best-of-breed workforce and to operate Sun City on a totally non-racial basis.”

In 1994, Kerzner bought Paradise Island, a resort in the Bahamas, and turned it into the Atlantis, with 2,300 rooms and the Caribbean’s biggest casino. He later developed Atlantis resorts in Dubai and China. Over time, his influence extended to China and the United States.

In 1996, working with his son, Butch, Kerzner built Mohegan Sun, his first U.S. development and one of the first significant tribal resorts, owned by the Mohegan Tribe of Connecticut.

Kerzner retired in 2014, having made his mark in markets around the world. Looking back on his career, he said, “For me, it’s been an interesting journey. I have had tough times and good times and through it all, I’ve been determined to get it done. I can’t imagine doing anything else; it’s been a blast. Every day that I spent in business was a joy.”