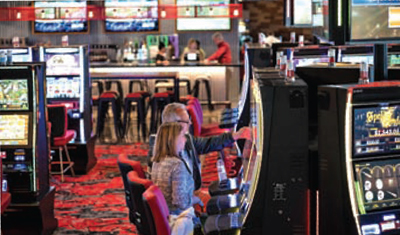 Aristocrat Gaming and Churchill Downs Incorporated (CDI) have entered into a long-term agreement that will bring Aristocrat’s player-favorite games to the rapidly expanding historical horse racing (HHR) machine market via a partnership with Ainsworth Game Technology.

“Aristocrat is a leader in offering the top games in the industry, and we’re ecstatic to add their top games to our HRM locations,” said Austin Miller, senior vice president of gaming operations for CDI. “Their innovation as it relates to content and hardware will allow us to expand our game offerings and attract their loyal customer base.”

Ainsworth Chief Commercial Officer Deron Hunsberger added, “We are excited to be offering Aristocrat’s player-favorite titles on our system. In the two years since Ainsworth launched its system with about 1,000 games in Kentucky, we have continually worked to provide additional game options to CDI and its players.”

Aristocrat enjoys a long-term partnership with CDI through providing Class III games and systems solutions for all CDI casinos.