Chicago will finally plant its flag for a casino development 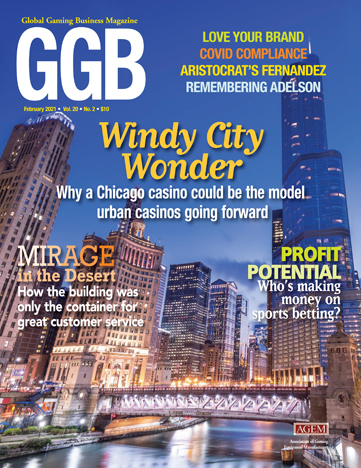 Casinos in urban environments, not always the norm, have offered challenges in certain jurisdictions.

Major markets such as Philadelphia have had casinos near downtown for years. Pittsburgh and Detroit also feature casino gaming in downtown settings. The Washington, D.C. market, with MGM National Harbor, has also made an impact. But in recent years, more developers have embraced urban environments to meld properties into the fabric of the greater communities they serve. Two of the more recent examples were in Massachusetts, with MGM Springfield and Encore Boston Harbor.

Some of the greatest opportunities for gaming expansion in the United States remain in urban settings. For years, New York, Atlanta, Miami, Dallas and Houston have been seen as potential expansion sites. But the most immediate opportunity exists in Chicago, which will locate a gaming development within the city itself.

The opportunity for Chicago, the third largest metropolitan area in the U.S. with nearly 9.5 million people, has been discussed for several years. It finally became a reality in 2019, when a gaming expansion bill passed in an extended session of the Illinois legislature.

The bill at that time allowed for sports betting, an expansion of VGTs, casino gaming at racetracks and six additional land-based casino licenses. The process for the locations outside Chicago began in 2019. The Windy City itself has yet to launch its official operator selection process, but it will likely be a strong opportunity for an urban casino development in the U.S. 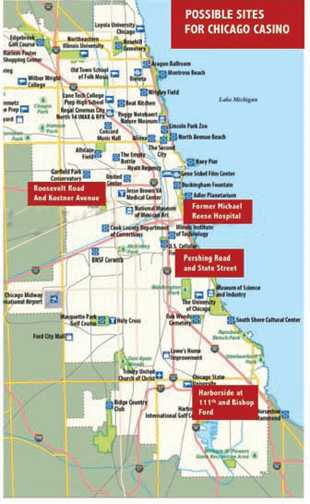 As part of the legislation, a study was performed to evaluate the opportunity. It said the biggest obstacle to a Chicago casino was the tax rate initially included in the bill. Due to the state and city’s desire to each take a portion, an effective tax rate of 72 percent made it financially impossible to generate sufficient profit levels from a casino at any of the five sites evaluated in the report.

Illinois has always been known for its high tax structure. It’s tried to squeeze as much as possible from the golden goose, but gaming operates best in a low-tax environment that encourages investment and job creation. In late May 2020, the Illinois legislature went back to the drawing board to create a more feasible structure for a casino license in the city of Chicago. With the revised legislation, the effective tax rate is approximately 40 percent. While this is still high, it does allow an operator more flexibility to invest in a project and actually achieve a profit. However, it’s still one of the higher tax rates in the country, and limits the full potential that a Chicago casino could achieve.

Unlike other companies like Amazon that seek tax breaks and incentives for the “privilege” of bringing their businesses to town, gaming operators don’t typically ask for tax abatements and other special incentives to enter a market. While gaming is a mainstream form of entertainment, it’s not afforded the same luxuries as other industries that are courted by major cities. And while there won’t be such incentives granted in Chicago, the city itself has taken a thoughtful approach to attracting a quality operator who understands the market and can allow a strong development opportunity.

Chicago Mayor Lori Lightfoot has championed this effort better than any of her predecessors. She’s led a thoughtful process, not only in working with the state legislature to adjust the tax rate, but also understanding the dynamics and strains facing the industry as it recovers from the Great Shutdown. This includes engaging with and listening to experts who understand the regulatory and request-for-proposal (RFP) selection process—something that doesn’t always occur among these groups.

In a release in early December 2020, Lightfoot issued the following statement after a request-for-information (RFI) process launched to seek input from the gaming industry and other interested stakeholders:

“The many perspectives and insights captured in this RFI are indicative of the excitement and anticipation of this once-in-a-lifetime project. Thanks to the responses of nearly a dozen RFI respondents, we are not only one step closer to bringing the long-awaited Chicago casino to life, but have the critical information we need to ensure this project will be a success.”

Key findings from the RFI include the desire to operate a temporary casino, the potential locations of either a permanent or a temporary facility, and amenities that should be included.

Based on the RFI document, operators had a wide range of responses to what a destination casino resort facility would look like in Chicago, including:

Clearly, there’s a wide range of opportunities as operators take this initial look into the market. 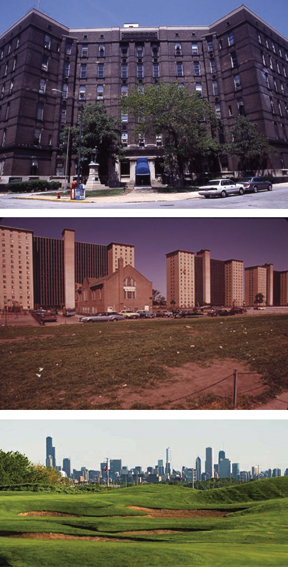 Several sites are being considered for a Chicago casino. From top: the downtown site of the former Michael Reese Hospital, the former Robert Taylor Homes low-income property and Harborside Golf Course, a little further out.

One thing the city has been careful about is letting operators decide the best sites that would suit their type of development, rather than forcing operators into one specified site. This also prevents the inflated pricing of real estate that could occur if a specific site or handful of sites were chosen. This didn’t dissuade a few real estate developers from commenting on several sites that may be considered. While the city will likely have a preference on specific sites, this should be a partnership between potential bidders and the city as they evaluate proposals later this year.

There have been several sites debated for a Chicago destination gaming resort, although many believe the best site would be within the downtown or near the downtown area. Others feel the property should be located outside of the downtown core, because it would offer the opportunity for a larger development. In the current term, five sites are currently in focus, but others may emerge.

Three major sites have been discussed over the years. They include two sites closer to the heart of downtown, such as the former Michael Reese Hospital (31st Street and Cottage Grove Avenue), the former Robert Taylor Homes (Pershing Road and State Street), and a location just west of the main downtown area at Roosevelt Road and Kostner Avenue.

The two more downtown-centric sites are in closer proximity to other local attractions and will be able to complement and enhance the existing framework under the right development. While the western site probably has better direct access, it is by far the least desirable location of the three. The larger economic play for operators and in turn for the city will be to situate the facility closer to the downtown region at these or other potential locations that may seem desirable to operators.

As noted by the respondents, community engagement and support will be part of this process. This should always be the case, but it hinges largely on selecting the best location within the community. Local groups have long limited growth along the lakeshore, which may prove attractive in combination with some of the sites under consideration.

With other synergies in the market including convention centers, stadiums, and additional hotels, retail and other attractions, some operators may view this as the best location for a casino. However, they will likely run into a buzzsaw of opposition. Some developments, including presidential libraries, have had issues in the past.

While it’s yet to be determined if any of these will make the final cut, it may take a significant amount of community engagement and education for an operator to get a site around this area.

Others have suggested that the site should be in the southern part of the city near the Indiana border, in closest proximity to Horseshoe Hammond and other East Chicago casinos. One of these sites is the old U.S. Steel plant, within a stone’s throw of Lake Michigan. Another is situated on a Harborside golf course.

While both of these sites offer tremendous land opportunities, they’re also far away from the city’s downtown corridor—a positive or negative, depending on the viewpoint. The Harborside site has better access than the U.S. Steel plant site, especially with its proximity to I-94. It’s likely that some operators will view these as broader development opportunities. It’s also possible that these sites would recoup some of the revenue being lost to Indiana due to their proximity to the border. But they wouldn’t offer as much opportunity in terms of gaming revenue, as well as for direct and induced economic impact. 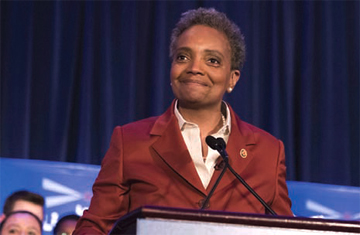 As the industry recovers, this process may take some time, which is why the city held off until this year to launch an RFP process to select an operator. All the respondents acknowledged the challenges of the current Covid-19 pandemic, but believe it will have minimal or no impact on the long-term opportunity for Chicago.

Current trends point to the launch of an RFP around the start of Q2 2021, with the focus on April. Assuming that a vaccine allows restrictions to be lifted in markets across the country, this seems like the logical, natural progress, a prudent path for the city to follow as the sun, moon and stars finally align. This would put the selection of an operator for a Chicago license from late 2021 to early 2022. Assuming a roughly three-year timeline to build the facility, depending on the type of development, one could see a Chicago casino by 2025.

There are few opportunities left in the United States for significant growth in land-based gaming. Chicago, with its population and the opportunity for a downtown locale, would bode well for strong development that embraces the surrounding community.

History shows that gaming continues to be an economic engine for those that have forged ahead, and offers a model for success. Chicago will be in the right position as the industry emerges from the Great Shutdown. This would give Chicago the first major U.S. facility to be developed post-pandemic, just as the world returns to normal, and finally bring gaming to the Windy City.