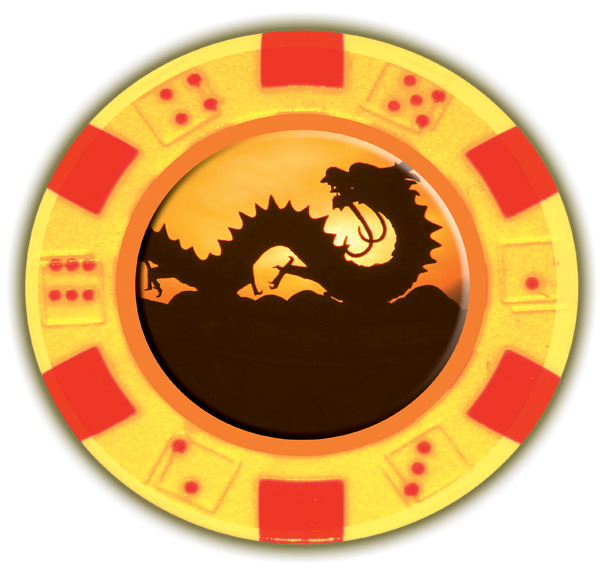 It is not hard to figure out why Chinese are known around the world for their high aptitude to gamble. You just need to look back through time and will quickly realize that the Chinese people have a long-documented history of gambling. The first record of gambling can be traced back to the first dynasty some 4,000 years ago. Gambling was recorded in every dynasty since then. In fact, many modern games like lottery, pai gow, tien gow, fan tan and mahjong are thought to have originated in China.

From the middle of the 1800s to the early 1900s, Shanghai was a magnet that attracted many Chinese gamblers. They played a variety of local and foreign games including roulette in its large gambling complexes. These establishments could be found in the Shanghai International Settlement and Shanghai French Concession.

At the same time, Macau’s Portuguese government legalized gaming in 1847 and hundreds of gambling dens began to flourish. While civil war in China eventually led to Communist rule and hence the end of all commercial gaming, Portuguese-run Macau became a “permanent gaming region” in 1961.

Today’s Gamblers
Nowadays, legal lottery is available in most Chinese cities, Hong Kong, Macau, Taiwan and Singapore. In Singapore, for example, Toto and 4D are the most popular forms of lottery gaming among its local Chinese residents. Modern horse racing betting is also available in Hong Kong, Macau, Singapore and on trial in Wuhan, China. Casino ships are anchored in Hong Kong and Singapore. Every week, these ships fetch thousands of eager ethnic Chinese from mainland China, Hong Kong, Taiwan, Indonesia, Malaysia and Singapore to gamble in their onboard casinos. What they call “a cruise to nowhere” actually means gaming on international waters to some people.

Macau, Asia’s Las Vegas, has already overtaken Las Vegas as the biggest gaming city in the world today. More than 15 types of games are available in Macau’s 32 casinos. With a casino for every one square kilometer, Macau is officially a powerhouse of global gambling. In 2008, 23 million visitors crossed its border and studies revealed that slightly more than 50 percent of these visitors gambled in its casinos. Baccarat, or “baak ga lok” in Cantonese, is the game of the day. It accounts for more than 85 percent of Macau’s gross casino gaming revenue each year. In the next few years, analysts will be watching closely the rapid development of integrated resorts in Singapore and Taiwan. These establishments will have significant casino gaming components.

In fact, an examination of history shows a strong need for gaming entertainment among Chinese officials and commoners for thousands of years. The extensive establishment of games and gaming venues across Asia for Chinese people is indeed extraordinary.

Surely, a strong demand for gaming must have led to the massive supply of games and gaming venues. To examine Chinese gambling would require us to look beyond Chinese gambling history. Culture plays a key role in Chinese gambling. But yet, it is incorrect to say that Chinese culture has directly encouraged Chinese people to gamble more than any other cultures.

On the contrary, traditional Chinese values as advocated by Confucius should have discouraged gambling since gambling, as a human activity, was deemed to be wasteful and could potentially lead to social disorder. In the past, social order was important for the management of large Chinese society, something that ancient rulers have always strived to achieve. In fact, gambling has been subjected to control and sometimes ban over the history of China.

Culture Clash
Culture can take different forms and have different effects on people. A number of studies have shown that Chinese gamblers have exceptionally high illusion of control. They believe they can control the outcome of gambling events, be it baccarat, blackjack, sic bo or lottery. This characteristic of Chinese gamblers may have to do with the influence of Chinese beliefs and values. Confucianism, Daoism, Buddhism, folk religion and ancient beliefs all play a crucial role in shaping modern Chinese people. Confucianism, in particular, laid the foundation for modern Chinese values.

It seems that ancient belief of heaven/earth and rituals to please the gods is a starting point for further development of Chinese people’s obsession with the supernatural (e.g. luck, feng shui, fate and destiny).

Three major religions, namely, Confucianism, Daoism and Buddhism, adopted many ancient beliefs and practices. While Confucius’ philosophies hold a central role in shaping modern Chinese thoughts and behavior, Daoism’s obsession with longevity and/or immortality has made the religion seem almost too supernatural. While ancient Daoism focused on “The Way” for individuals and harmony with the world, modern Daoism has evolved dramatically. Buddhism, an imported religion from India, also has its fair share of supernatural and magical folk tales (like Daoism). These three religions and/or philosophies (Confucianism, in particular) have, over thousands of years, shaped the thoughts and behaviors of Chinese people (also Japanese, Koreans and Vietnamese) into the way they are.

Ceding Control
One of the many Chinese traits that may have resulted from these influences is an external locus of control. Chinese people were found to have a higher external locus of control over their Western counterparts. It means that Chinese people believe that luck, destiny, chance and powerful others control their lives more than themselves.

While culture plays an important role in shaping the Chinese people, external forces may also explain why Chinese people gamble as much as they do. The transition from poverty to prosperity, the widening gap between the poor and rich and the hunger for achievement can all explain to a certain extent why Chinese people take such excessive monetary risks when they gamble in Macau.

However, many nationally representative studies have found a large percentage of Chinese people in Hong Kong, Macau and Singapore gamble for fun and entertainment, and not for money. Very few studies, however, have investigated the mainland Chinese aptitude to gamble. We can, however, get some cues from those mainland Chinese who gamble in Macau. Needless to say, they seem to be most interested to beat the house and win the monies.

Traditional Games
One thing’s for sure: To the Chinese, social gambling is a very common activity. There is no fuss about it. Mahjong playing, for example, is often conducted among Chinese worldwide. It is said to help the elder Chinese people to think better and is a joyful thing to do during Chinese wedding dinners and even funeral wakes. It is a celebrative game for all Chinese people. Gambling is also perfectly all right for anyone, including the young, during festive periods like Chinese New Year. Perhaps these attitudes toward social gambling are a reflection of Chinese values and culture.

Gambling is simply social activity that has been performed by the Chinese people for thousands of years. There is fundamentally nothing wrong with it. Yet, it is considered a taboo when practiced/performed excessively. A Chinese person who falls into a gambling pathology is simply someone who cannot control his own actions and is morally a bad person. There is no sickness; he is just a weak-minded person.

Interestingly, research conducted in several countries found a higher problem gambling rate among local Chinese population compared to other ethnic groups. This may be linked to illusion of control and environmental factors as explained earlier.

The recent explosion of casino gaming in Macau has some analysts, government and social groups wondering if problem gambling has increased proportionately with an expanded market. This, coupled with the notoriously well-known, high risk-taking characteristic of Chinese gamblers, makes Asian gaming regulators and the public increasingly worried about the adverse consequences of legalizing gaming. In fact, media coverage of Chinese problem gamblers, who have squandered millions in public funds and committed other gambling-related crimes, appears to be on the increase since the gaming liberalization.

The world of Chinese gambling is huge and expanding. As gaming businesses and government regulators struggle to manage an expanded Chinese market, more should be done to better understand our Chinese gamblers. Needless to say, a thorough understanding of the marketplace is the key to any successful business and government policies.

By examining Chinese gambling from multiple perspectives such as history, culture and psychology, one can then begin to understand why Chinese gamblers behave the way they do, and how we can manage their gambling consumption.