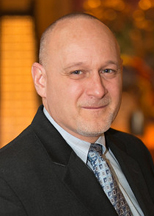 When Ray Pineault was elevated to president and CEO of Mohegan Gaming & Entertainment in May of last year, he took on a company that is hip deep in development and operations. As chief operating officer prior to his promotion, he was well aware of the scope of the MGE universe, but becoming the top leader allows him time to reflect on his career.

“I’ve been with the organization for almost 21 years,” he says. “I’m very, very fortunate to work with a group of executives who are highly experienced, extremely knowledgeable in gaming operations, professionals in their fields and tremendous leaders. So when you have a group of people like that, the transition becomes easier. I’ve already had the built-in relationship with them all because obviously as COO, I had built relationships with them beforehand.

“The CEO job is a bit different, though. We’ve brought on a COO to handle the operations side of it. As CEO, I’m now focused more on the strategic direction and where the company’s going. The tribal leaders like to talk about 13 generations to come, and I need to make sure that I’m setting up the organization for long-term success.”

As a member of the Mohegan Tribe, Pineault says he has a great relationship with the tribal council and the board of MGE.

“They are very helpful and insightful, and we’ll strengthen that relationship as we move forward in a partnership together to make sure that I’m leading the organization in the direction that they want to see it move forward,” he says. “You know, it’s a family business with the tribal ownership here, and they have a responsibility to a broader community of the entire tribal membership. And I feel that responsibility to make sure that I deliver on their behalf.”

The most important thing on Pineault’s plate is the project in Incheon, South Korea, Inspire. Just last month, the company completed the $1.5 billion in financing needed to complete the project, which had been stalled during the pandemic. Pineault says the project is back on track.

“We’re re-mobilizing all of the construction crews and they are all back onsite,” he says. “There’s already steel on the ground there, and they’re continuing to erect the facilities. We’ve set a timeline of 2023 for the opening of the facility. So things are moving along well there and we look forward to that project really materializing.

“I anticipate I’m going to have to travel to Korea a few times this year to make sure we’re moving forward, making sure we have the right relationships and that we’re building that organization for success. Two years will go by very quickly.”

One of the things that isn’t on Pineault’s agenda is a planned development in Greece. Mohegan and Greek construction business GEK Terna had won a license for Inspire Athens in 2020, but Pineault says they had second thoughts.

“When I came into the job, we had to look at everything that we had on our plate, and all of the commitments that we had,” he says. “And when you looked at where the Covid situation stood and international travel, it didn’t make sense. We already had other commitments. And at this time it just wasn’t the right project for us. We wish the Greek government and our partners the greatest of success. They have a tremendous project there, but it wasn’t the right time for us to invest in that project.”

MGE has properties in Connecticut, Pennsylvania, Ontario, Washington state, and now Las Vegas, where MGE operates the casino at the new Virgin Las Vegas. Pineault says it’s been a little difficult to operate there because of the pandemic, but expects it to be a big success eventually.

“Las Vegas, as you know, has been a bit of a hot spot for Covid,” he points out. “We opened in the middle of the pandemic itself. Las Vegas is the Mecca of gaming, and we felt we needed to be there. I think Boz Bosworth is a tremendous partner, and we have a great relationship. We’re working together to make that a dynamic, fun and entertaining resort, and I think long-term, that’s going to be a great success for all of us. I’m confident in the ability of that property to perform and be a great asset for us.”

In the East, Mohegan recently celebrated the 25th anniversary of the Connecticut flagship and the 15th of Mohegan Sun Pocono, the first commercial casino to be owned by a tribe.

Both those properties now feature sportsbooks, and Pineault says the company is now heavily invested in interactive gaming as a result. He thinks their online gaming experience in New Jersey, where MGE runs Resorts Atlantic City, will help.

“It gave us the advantage of knowing people who were there from the ground up,” he says, “and understanding how to build this organization and make sure you have an organization that’s focused on the digital. But we’re making sure that digital is working symbiotically with the bricks and mortar to make sure that we’re capturing that guest on both channels.

“The digital world is a space that many people are entering,” he continues. “I think it’s complementary to our bricks-and-mortar business. It’s an opportunity to interact with our current guests in a 360-degree fashion and to have a multi-platform approach to them, an omnichannel approach. But we’re also introducing new guests to Mohegan Sun—some that perhaps have never been here before, but they want to do sports betting or they want to do iGaming. We can use our digital platform to introduce people to Mohegan Gaming, and bring them to our bricks and mortar so we can capture them in an omnichannel approach and be able to communicate with them via multiple media.”