Macau’s recovery from the pandemic is not imminent; it could take years. 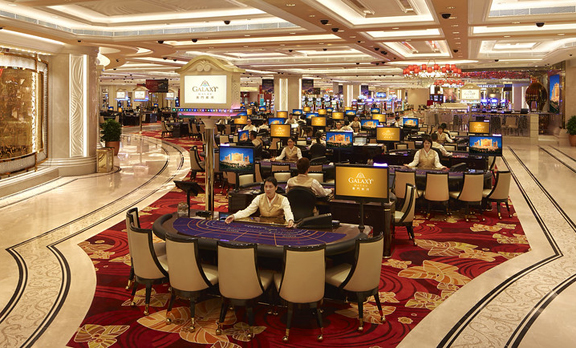 Macau’s casino industry is in crisis. Only two months ago, casino operators had reasons to be optimistic. A spike in visitation during the Lunar New Year foreshadowed a light at the end of a very dark tunnel. It was generally believed that the success of Macau and the People’s Republic of China (PRC) at keeping Covid-19 infections at a very low level, albeit under very strict health and safety protocols, would allow for the resumption of less restrictive travel across the border that separates Macau from neighboring Guangdong Province.

Then in February 2022, a surge in Covid-19 infections in Hong Kong, followed by massive pandemic-induced lockdowns in cities across the PRC, brought cross-border traffic to a near halt. Casino revenues and hotel occupancy rates collapsed in March, and through April, Macau’s normally bustling streets were free of tourists, shopping malls were deserted, and casinos were empty, except for employees waiting for customers.

In addition, the arrest in December of prominent people whose organizations were leading junket providers brought to an abrupt end a critical source of gaming demand. Immediately after those arrests, a succession of casinos announced that they were closing their junket rooms. Junkets, which at one time accounted for over 70 percent of Macau’s gaming revenue, are now unlikely to play any role in the casino industry’s recovery. Satellite casinos, located in hotels across the Macau Peninsula and long reliant on junket promoters, have begun to close, and some are not expected to reopen.

What was once an unthinkable question is now being spoken publicly: Can Macau’s casinos continue to absorb the losses incurred over the past two years, keep their employees on their payrolls, and continue to draw down credit facilities until such time that the market turns around?

Macau By the Numbers 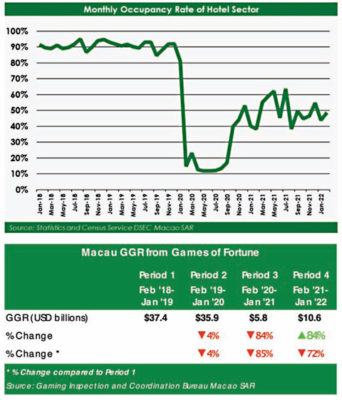 Like most of Asia, Macau’s health authorities took steps to prevent the spread of Covid-19 in February 2020. Border crossings were closed to all but returning residents. Slowly, restrictions were modified to allow for a modest amount of tourism. Hotel occupancy initially plummeted from above 90 percent to below 20 percent before starting to creep up in September 2020. While occupancy rose above 60 percent for two months, it had been hovering at around 50 percent until the most recent pandemic surge in the PRC.

Gaming revenue during the past two years saw similar rates of decline. From February 2018 through January 2019, Macau’s casinos generated $37.4 billion in gross gaming revenue, referred to as Period 1 in the accompanying table. The market saw a modest decline of 4 percent in Period 2, before dropping by 84 percent during Period 3, the first year of the pandemic. While it recovered in the latest period, GGR is still 72 percent below the period ending in January 2019.

Zero-Covid and its Impact on Macau

Macau’s current malaise is rooted in the PRC’s Zero-Covid policy. Shortly after the emergence of the pandemic, Macau and the PRC implemented a multi-pronged strategy that sought to identify and isolate anyone who was infected or had come into contact with someone who was infected. Even as health officials sought to tamp down the spread of the virus in Wuhan, the PRC implemented draconian strategies to limit the virus’ spread in other cities.

At the core of these strategies is a mobile app. Whenever a person enters a public building, they would have their QR code scanned, and one of three colors are displayed. Green allows the resident to move on; yellow indicates that the person may have been in the general presence of someone who was infected; red indicates that the person had indeed been in close proximity with someone who was infected. A red code would require that the person be immediately quarantined along with others who may have been in the vicinity.

Macau’s mobile app works with those used by residents of Guangdong Province, allowing visitors from Guangzhou, Shenzhen and Zhuhai to cross into Macau, present their mobile devices for scanning, and visit Macau’s casinos. The mobile app allows for the creation of a travel bubble between Macau and various provinces in the PRC. The implementation of other programs such as the individual visit scheme visas (IVS) that would allow more tourists to enter Macau from other provinces were planned for later this year. For the moment, those plans are on hold.

Travel to and from Hong Kong, a market that once accounted for 15 percent of Macau’s gaming revenue, has yet to resume, given the gateway city’s very high infection rate.

Another key element of Zero-Covid is a quarantine for all visitors entering Macau, Hong Kong and the PRC. While quarantine policies vary by jurisdiction, what it means is that anyone arriving from another country is subject to a strict quarantine in a designated hotel or government facility for a period ranging from seven to 21 days. That policy is expected to remain in place for the foreseeable future.

The Blacklist and the Travel Quarantine 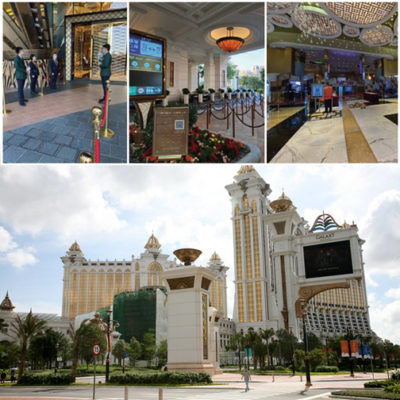 The casino floors at Grand Lisboa (top) and Galaxy Macau (below) have few players but full staff as the gaming companies are reluctant to lay off workers due to the concession bidding process that will last the full year of 2022.

Prior to the pandemic, PRC authorities announced the formation of a blacklist of countries that had previously encouraged Chinese nationals to visit their casinos. While the names of those countries were never revealed, it was assumed that Vietnam, the Philippines, South Korea and Australia were on that list. The veiled threat was that there would be some kind of economic sanctions against those nations.

The problem with economic sanctions is that they instigate some form of economic retribution by the sanctioned nation. It becomes a zero-sum gain situation. Zero-Covid’s quarantine policy can achieve similar goals at no economic cost to the PRC. For example, as international travel resumes, residents of the PRC will once again be free to travel internationally. They may choose to visit Jeju for a gaming vacation experience, or they can go to Macau. Should they visit Jeju, upon return they will be required to quarantine in a government-designated hotel or other facility at their own expense. Should they choose to gamble in Macau, they would not be subject to any quarantine.

If the PRC’s quarantine policy remains in place after the current pandemic abates, it will have a profound effect on the region’s gaming industry. Faced with possible quarantines if they visit other countries, Chinese gamblers will devote all their discretionary gaming dollars to Macau’s casinos. In other words, Macau will no longer have to compete with other countries for a share of the PRC’s gaming dollars. When the lockdowns are lifted and IVS programs are restored, Macau’s gaming industry will come roaring back, to the detriment of other regional competitors.

One looming question is how long Macau’s concessionaires can survive the current state of business until they run out of cash. To answer this, the authors conducted a simple and accepted financial calculation. Using publicly available data, the following projections were made.

The Future of Junkets

The arrest of Alvin Chau, the CEO of Suncity Group, in December 2021 and the subsequent closure of Suncity’s Macau VIP clubs marked an end to what was once Macau’s largest junket operator. At its peak, Suncity alone accounted for about 25 percent of Macau’s gaming revenue. It was hoped that junkets would help fuel a rebound once pandemic restrictions were lifted.

Instead, the event precipitated the closure of other junket rooms, and a complete rethinking of Macau’s junket model. Once Macau begins its recovery, it will do so without any reliance on junket operators and will instead count on mass market and premium mass market players.

The end of junkets in Macau does not mean that this portion of the gaming industry will cease to exist. The term “water seeks its own level” can be aptly applied to describe the future of junkets. Rather than disappear, junket operators will shift their business activities to markets that are more receptive to their business models, specifically Cambodia, Vietnam, South Korea and the Philippines.

They will continue to provide essential services such as short-term loans and travel arrangements; they just will not be providing those services in Macau’s casinos. Macau’s casino operators will have to take on the responsibility of issuing credit to premium mass players and with it, a higher level of risk that comes with debts that are uncollectable.

Lessons from the Past

Today, Macau’s future remains uncertain, yet this is not the first time the industry faced economic calamity. Readers should be reminded that in 2010, many in the gaming industry wondered if Macau would survive the financial crisis. At the time, Sands Cotai Central and Galaxy Macau stood half-built with construction, all but halted as operators struggled to secure new loans to complete their projects. By 2012, the financial crisis abated, those properties were ultimately completed, and Macau went on to enjoy a decade of unprecedented success.

Rest assured, Macau’s gaming industry will once again recover. The question is, can everyone hold out until then?