If the health of your guests truly is paramount, now is the time to ban smoking 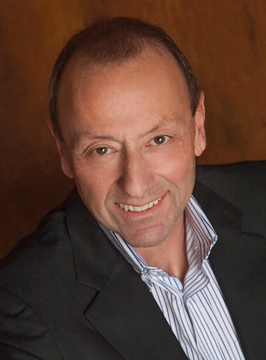 Over the course of the past month, most of the nation’s casinos have reopened. Each has introduced a variety of safety protocols. These include a reduction in seating capacity, greater separation between slot machines, physical barriers to separate employees from players and each other, temperature checks at entry points, face masks for employees and customers, and reminders to practice social distancing. Virtually every casino has stated that they are doing so for the health and safety of their customers and employees.

While operators have gone to great lengths make their properties safer, many have chosen to ignore one behavior that places their patrons and employees at a heightened risk of infection: they have chosen not to prohibit cigarette smoking.

While over 80 Indian casinos, a number of commercial operators and some state regulatory authorities have announced that they will prohibit cigarette smoking upon reopening, others continue to allow patrons to smoke. In so doing, they’re ignoring the elephant in the room.

To understand the risk that smoking poses, one must first recognize the two primary byproducts of smoking: smoke and coughing.

Anyone who has smoked or has been around someone who does knows this to be true. Smoking generates smoke and it stimulates coughing. While it hasn’t been determined if the Covid-19 virus can be transmitted through cigarette smoke or vapor, what has been proven is that coughing is a primary form of viral transmission. By definition, coughing is the sudden expulsion of air and mucus from the lungs, which in turn releases respiratory droplets into the atmosphere. If a person has the virus, it can easily be spread by coughing. Face masks are designed to prevent the spread of those droplets. That is why the CDC and state health departments recommend that people wear face masks in public.

In order to smoke a cigarette, it is necessary to remove one’s face mask, which defeats its primary purpose. Furthermore, the act of smoking a cigarette requires that a smoker touch his or her lips multiple times. Those fingers then touch chips, cash, cards, machines, seating surfaces and whatever else is in reach. A smoker who is infected and is asymptomatic, or whose only symptom is a dry cough, provides the virus with an ideal accomplice to help in its further transmission.

At one level, it’s understandable why casino operators would want to continue to allow smoking in their properties. The past three months have been devastating to them and to their employees. Operators just want to reopen and begin servicing their customers again. Some of those customers are smokers, and no operator would want to alienate loyal patrons who intend to spend money in their casino.

Many operators also fear the permanent loss of patrons if an alternative casino permits smoking. The casino industry’s experience with smoking prohibition has produced sufficient data so operators know what to expect. In November 2002, the state of Delaware mandated that its three racetrack casinos ban smoking from their casino floors. The result was an 11.3 percent decline in gaming revenue in 2003. This was followed by an increase of 10.2 percent in 2004 and an additional 4.7 percent in 2005. Colorado saw a 9.3 percent decline in 2008-09, the first year that its smoking ban was implemented, only to see a 9 percent increase in 2010-11. Gaming revenue initially declines, but then recovers.

Individual casinos within a larger market also experimented with self-imposed smoking bans. Revel in Atlantic City opened in 2012 as a non-smoking property and closed a little over two years later. While property design and operational strategies played a significant role in the property’s demise, the non-smoking policy took the brunt of the blame.

There remains a general fear among commercial operators of implementing property-wide smoking bans unless the entire market is required to do so. Even then, operators and regulators fear a loss of market share to other jurisdictions should those markets continue to permit smoking in their casinos.

Most state regulatory authorities that oversee commercial casinos have been reluctant to ban smoking during this pandemic. Nevada Governor Steve Sisolak directed the Nevada Gaming Control Board to establish rules and safety protocols for the opening of casinos in that state. The board didn’t institute a smoking ban, saying it was the responsibility of the state legislature to pass such a law. Casino regulatory authorities in Mississippi and Louisiana also did not issue bans.

The Risks of Reopening Without a Smoking Ban

Contact tracing is now being used in a number of countries and is ramping up in the United States. Health departments are combining traditional tracing techniques with technologies found in mobile devices to identify hot spots and rapidly inform people who may have been exposed to the virus. The goal is to inform anyone who may have been exposed so they can get tested.

What happens if contact tracing implicates a casino as a viral hotspot and worse, the source of the outbreak was a customer who was allowed to smoke in the casino? At the very least, their statements about the putting the health and safety of their customers first will be seen as disingenuous. Worse, by continuing to allow cigarette smoking, casino operators risk not only unnecessarily exposing their patrons to the virus, they risk jeopardizing their reputations and the casino industry as a whole.

This industry is not governed by one regulatory body. It’s up to individual tribes, commercial operators and state regulatory authorities to decide how they want to treat smoking. Hopefully, those that recognize the threat that smoking poses in spreading the virus and endangering their customers will do the right thing and push the elephant out of the room.