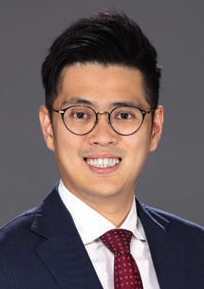 Lucas Cai studied economics at Nanyang Technological University in his native Singapore. The degree launched his career in finance. A short-lived career, it turns out.

That something was the gaming industry. The challenge came through an opportunity to work for Marina Bay Sands as a global gaming analyst in 2013.

“As the gaming industry was relatively new in Singapore at that stage, I was especially intrigued by the mechanics of the industry, and that was what sparked my interest to make a switch from finance,” he says.

After more than two years as an analyst with Marina Bay Sands, Cai was promoted to his current position as director of casino operations, a comparatively lofty title in such a short period of time.

In that capacity, Cai oversees VIP and mass casino areas for table games and slot operations, understanding and analyzing performance in order to develop casino strategies and revenue enhancement initiatives. The goal is to improve profit margins and cost savings.

“I was given the opportunity to work with and lead new teams that I had little expertise in,” he says. “As a result, it was always a concurrent learning and leading experience for me: to pick things up from the team, and to provide guidance and gain their respect at the same time. It was always a steep learning curve for me, but it was through these rotations that I truly built my foundation of the different aspects of gaming.”

Cai, who plays soccer with friends as a diversion from the work day, credits numerous individuals who have helped his growth along the way.

“I would like to give special mention to Andrew MacDonald, Jeremy Bach, Anne Chen and Baybars Oral, who provided me with multiple opportunities from the onset, pushed me out of my comfort zone to reach my potential, and gave me valuable guidance in my professional growth in the gaming industry,” he says.

As for the future, Cai sees a career pathway at Marina Bay Sands, especially given the size of the organization.

“It is definitely a dynamic full of prospects. I’ve gained experiences from my mentors and would like to contribute where I can. As we move into a new decade, I believe the gaming industry in Singapore will continue to evolve, and I would like to be part of this transformation,” Cai says.

A similar career path is open to anybody with the right attitude. His advice is to be open to various chances that may come along.

“Give your best to them. Each of these embarkations allows us to accumulate the necessary experiences and learnings, and are small steps we take to ready us for the next role.”