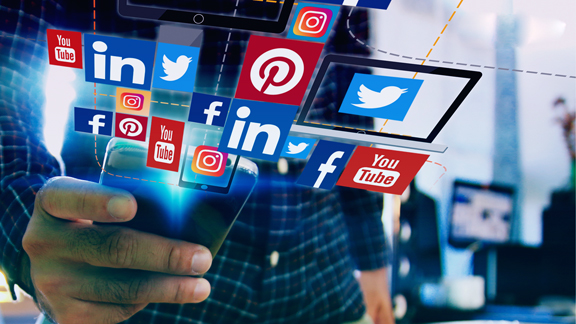 The personality-based concept of reality TV met the world of casino and online gaming in early July. Las Vegas debuted a slot machine named for, of all things, a social influencer.

Brian Christopher, known for amassing an online cheering section to watch him gamble, has become more than just the face of this novel concept. He’s the machine.

Christopher attracts more than 5.1 million unique viewers and more than 1.3 million global subscribers, who watch him play slots and cheer him on. He symbolizes where the social media-gaming marriage is heading. His stature caps a decade-long movement that mirrors the growth of this new synergy.

It’s a partnership that would have yielded staggering odds had it been a futures bet 10 years ago.

“The advent of social media essentially killed traditional marketing,” says Erika Taylor Montgomery, CEO of Three Girls Media in Yelm, Washington, about 75 minutes south of Seattle. “It has completely revolutionized the way brands are marketed in the casino industry.”

Montgomery’s life journey parallels the ascent of the new communications age. She was a television news anchor in San Francisco, juggling early-morning hours around the schedule of young children. Montgomery eventually evolved out of television and formed the company in 2005 that now has 10 employees (Three Girls is not tied with a particular number of people; Montgomery thought the name was catchy.)

Three Girls Media has several clients in varied businesses. Some are in the casino industry, including Red Wind casino in Olympia, Washington. The company has monitored industry changes, especially the dramatic impact of Covid in 2020. Home-based employees became a dream fit for social-media content.

“What happened as a result of Covid is that more people are on mobile devices and computers than ever before,” she says. “Having a really good social media strategy is critical for reaching clients in the gaming and casino industry.”

Montgomery favors the use of video, especially short messages of up to 60 seconds. The video quality does not need to reflect the expensive bells and whistles associated with television production. Smartphones will do nicely, thank you.

“Your message does not have to be slick and posh,” Montgomery asserts. “Any good smartphone is capable of taking fantastic video. What stops companies from succeeding in this space at times is the belief that you have to come up with something that is professionally produced with fancy lighting and multiple cameras. You don’t need that now.”

Instead, the video should reveal the human element behind the brand. Montgomery believes customers love to see one concept repeatedly in videos—people.

“One thing I love is video that gives a behind-the-scenes look at what people do not get to see on the casino floor,” Montgomery says. “Take them behind the scenes in a restaurant. Give people a sneak peek. Let them hear from the people who work on the brand.

“People love to see the human side of what’s behind a brand.”

“There is one study revealing that 85 percent of social media users want more video from brands,” Montgomery asserts. “People also share video twice as much as any other content.”

Demographics are important too. Younger people may flock to TikTok, which has a “mind-blowing average of 14 hours a month on the app” by approximately 1 billion monthly users, Montgomery indicates.

Older decision-makers may prefer an outlet like Facebook. Montgomery indicates that sharp companies recognize the ability to spread the word without spreading the bread.

“At its core, social media is free,” she says. “You can choose to spend thousands of dollars in traditional advertising or you can decide that just posting something and giving you an organic presence is absolutely free.” 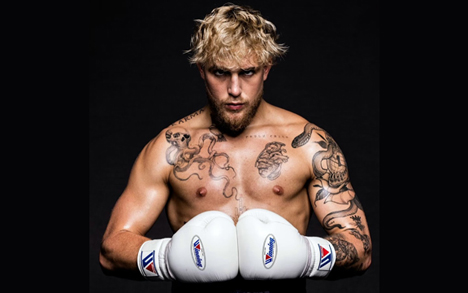 About four years ago, boxing commentators for streaming giant DAZN were stunned. They had been assigned to conduct extensive interviews and televise the pro debut of someone named Jake Paul.

DAZN had spent over $500 million annexing the services of Canelo Alvarez and Gennady Golovkin, two of the sport’s superstars, in an attempt to control the business. It was big names only.

What was this attention to a fighter making his pro debut? The answer: eyeballs.

Paul, according to industry estimates, has more than 30 million viewers between YouTube, Instagram and Twitter. He’d gained attention with a 2017 video titled “It’s Everyday Bro,” portraying a white rapper and a young group of cronies extolling the virtue of social media hits and a fancy car.

The video was effective in a unique way. According to Wikipedia, it has more than 5.5 million dislikes, 19th of all time. It once was in the Top 5.

Pre-fight press conferences involved comparisons of YouTube followers between Paul and his opponents. Forget the nuance of the Sweet Science. A fighter can’t simply talk smack. It should be social-media smack.

Paul has vaulted into prominence, gained respected boxing trainers around him and now openly talks about fighting Mike Tyson or Floyd Mayweather. Somewhere, at some point, Paul will obtain a stratospheric payday by virtue of mastering the new medium.

Christopher, comparatively, is far more subdued, but he is the gaming master of this universe right now.

He is not an over-the-top media personality. But he is the first to link two powerful concepts, the reach of social media and the intoxication of slot machines. Christopher lets the game’s bells, whistles, payouts and near-misses drive the content of his presentation. He adds conversational wit, enough to occupy attention without diverting attention from the game.

Christopher is indeed the individual that personifies the social-media wave. He made a 2016 video for a hobby and, voila, became an internet juggernaut. The native of Canada, who now lives in Palm Springs, California, struck oil with the concept of captivating people long enough to watch him play slots. Christopher narrates live videos from varied casinos, in which he gambles thousands of dollars of his own money.

“Adults like gamers and video games,” Christopher observes. “They like watching other people play, just as the way you might envision kids who like to see other kids play with their toys. The experience for someone watching can be along the lines of what might it be like if it was you in that position. I could win five grand or I could lose five grand. I can have $100 going on any spin.

“I was lucky right from the beginning,” Christopher indicates. “It was about being in the right place at the right time. About a month afterward, the channel started soaring. It was popular and just kept growing.”

Soon afterward, he became part of the YouTube partner program and was able to monetize his efforts. Christopher now travels the country, bringing visibility to a particular property via the social-media outlets. In turn, he can monetize the efforts via meet-and-greets or by striking a deal with a property along the lines of an entertainer.

One reason for Christopher’s success is a socially conscious blueprint. He tries to reflect the realities of the mass audience.

Once casinos began to reopen from the pandemic, for example, Christopher tactfully embraced it.

“I jumped on the first plane after a casino in Coeur d’Alene (Idaho) was back open,” he recalls. “I wanted to show my audience what it was like to be in a casino. It was the first time they had been seeing me in which a mask was on my face. People could see me getting my temperature taken and then what the machines looked like and what the casinos looked like with the dividers.

“I didn’t take any money from sponsorships (or casinos). It was simply a matter of letting people see that the casinos were going to be operating.”

A breakthrough phase in his emergence occurred last year. The Plaza designated a gaming area in his name. There are 27 machines in the Brian Christopher Slots at the Plaza area.

A first-of-its-kind collaboration, they established the Plaza as the ultimate destination for slot machine enthusiasts looking to play the games that they have watched on the social media influencer’s channels.

“Social media has transformed our daily lives, including the casino experience,” says Jonathan Jossel, CEO of the Plaza Hotel & Casino. “People want to share the fun they’re having, the thrill of winning, and watch others do the same. Brian Christopher is a trailblazer in this regard with his YouTube videos, and we are proud to partner with him.”

The nearly 2,500-square-foor gaming space accommodates guests 21 and older and is styled with fun backdrops for selfies, group shots and Instagrammable moments. It also enables social media posting of videos by controlling the music volume and playing only copyright-friendly songs that can be posted on social platforms.

Each game in the space was carefully selected based on the most iconic moments from over four years. The games are all Christopher’s favorites, and were hand-selected by him.

The success of the slot area led to the big leap, Christopher’s own machine, which Gaming Arts is launching in Nevada, California, Arizona, Oklahoma and other locations, he indicates. Features of the game, which he helped develop, include the reels growing seven spins out of 10. A Brian Christopher head is a valued commodity, especially if it lines up over a reel. If a player has two Christopher heads, and needs one more, another Christopher head may appear out of nowhere and create a payday.

“The key aspect of the game is to keep the audience entertained,” Christopher says. “I think music plays a big part in that. Bonuses play a big part as well. People want action.”

Christopher takes his stature seriously. He agrees with Montgomery’s observation that production does not have to be slick and posh. But he wants to stay ahead of competition, and has added a second camera to his video presentations. One captures the game, the other is on him.

Throughout the industry, it will be interesting to see where the social-media parade heads next. Other properties with Christopher slots are likely in a gaming niche that has gained wings.

A new frontier has opened up.