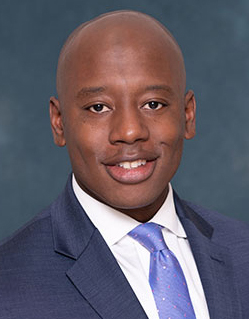 Growing up in Las Vegas, it’s safe to say Alex Dixon never expected to end up in Dubuque, Iowa. However, as the new CEO of Dubuque’s Q Casino settles into his role, he is ready to tackle an opportunity few are better suited to seize.

The casino business is in Dixon’s blood. Born and raised in Las Vegas, he is a third-generation casino employee, his family having moved from Louisiana to Las Vegas in the 1950s.

Dixon, 40, recalls watching with wonder as a child when The Mirage was being built. “When The Mirage began to emerge with the shiny lights and erupting volcano, it ignited an imagination in me that has been burning ever since,” he says.

Dixon now brings that fire to bear at the Q, a unique property on an island in the Mississippi River in Dubuque that opened as the Dubuque Greyhound Park in 1985. The property is owned by the city of Dubuque. Its license-holder is the nonprofit Dubuque Racing Association, which also holds the license for the property’s only local competition, Boyd Gaming’s Diamond Jo Casino across town.

The Q is facing big changes as it ends greyhound racing—the final meet is in the spring, after which the track, grandstands and the rest of Chaplain Schmitt Island will become a canvas on which the Q will create new resort amenities.

Dixon’s entire career has provided an education that places him in a prime spot to transform the Q into a destination resort. He actually began in finance, earning a bachelor’s degree in business administration from Howard University in 2002, after which he spent three years as an investment banker for Goldman Sachs in London. By 2008, he would be back in his family’s business, as director of planning & analysis for Harrah’s Las Vegas.

He would advance to vice president for Caesars Entertainment in Las Vegas before the operator would place him in his first role leading a casino, as vice president and assistant general manager at Horseshoe Casino Baltimore. From there, it was to MGM Resorts as GM of the MGM Springfield in Massachusetts, and finally as president and COO of Circus Circus in Las Vegas. He was a regional president for casino vendor PureStar when tapped for the top job at the Q.

Meanwhile, Dixon continued learning the business. Still in his 30s at Horseshoe, he took it upon himself to learn every position in the casino—from table and slot operations to housekeeping to actually putting on a valet’s uniform and parking cars.

“Our job as leaders is to put our front-line team members in the best position to be successful,” Dixon says, “and to do that, you’ve got to really understand what the challenges are on a day-to-day basis. We need to perform those roles out there on the front line to

really understand what it’s like, because as we allocate capital as leaders and prioritize operating expenses—the number of people needed, the time the shift starts—you can’t do that from a conference room. You’ve got to do that out on the floor.”

Dixon says he looks forward to instilling that same kind of culture at the Q. “We have a very, very good front-line team,” he says. “We are ‘Midwest nice,’ as they like to say here in Iowa. So, we’ve got to make sure that our physical assets complement the phenomenal team we already have in place.”

Beyond the casino floor, Dixon says his team will carefully consider the best amenities to add to Chaplain Schmitt Island.

“As I think about our priorities going into the next year, it is really to unlock the potential of not only in Dubuque, Iowa, but really the Mississippi River,” Dixon says. “We are uniquely positioned on an island in the middle of the Mississippi River at the nexus of Iowa, Wisconsin and Illinois, and we have an opportunity to really introduce this region to this great natural resource. So, I’m excited, in the next phase of our development, to unlock that potential and get people to the river.”

As far as the specific plans for expansion of the Q, Dixon says that should become clear in the coming months. “We’re undergoing extensive research to understand what our customers’ wants and needs are, to really understand what the community would like,” he says. “Then, we’re going to be infusing some of my vision, and that of others within the industry who’ve had expertise in developing large regional destination resorts.

“We’re at the early stages of planning, listening to our not only team members, but to the various people on the island, as well as within the region. I’m excited as that begins to take shape and we begin to outline some of our future plans.”