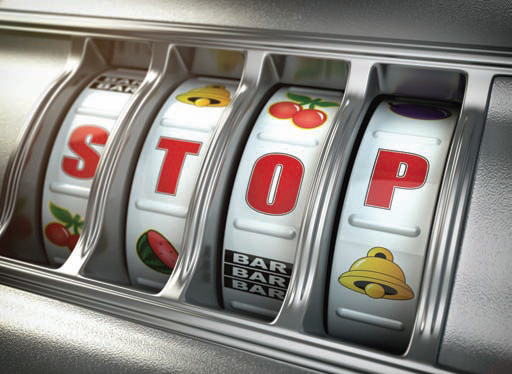 Here’s to a new focus.

There’s been a seismic industry shift regarding people who gamble too much.

Organizations once geared prevention efforts to a perceived problem base of 1 percent to 2 percent of patrons. These involved extreme, heart-wrenching examples: pastors gambling away parishioners’ assets, college students getting hooked on campus, and families torn apart by reckless social behavior. Treatment was the tool of engagement.

The National Council on Problem Gambling (NCPG) is eyeing a second target, perhaps 25 percent of the gaming population that’s deemed to be flirting with danger, yet is more likely to be helped. Its players are probably a step away from being under control, rather than a step from falling over the edge.

The 25 percent group can be reached because the preachers have props. Technology is the tool of engagement, embedded within gaming products. The gaming industry offers technological advancements like time limit-setting, spend limits, take-a-break functionality, facial-recognition technology and algorithms. Its product line continually evolves.

It is perfectly timed to coincide with NCAA March Madness, a time when young gamblers can become addicted to the action.

Operators walk a fine line with this issue.

They can neither condone financially irresponsible players nor discourage business in a cutthroat world. What’s the balance? Responsible gambling has no immediate ROI. Its reward is doing the right thing.

The country recently cracked down on fixed-odds betting terminals (FOBTs), slashing the stake limit from ₤100 to ₤2, viewing the terminals as a major temptation to vulnerable people. A gambler lost nearly ₤14,000 at an FOBT in an hour, and nearly a quarter of a million players lost ₤1,000 each over a one-year period.

The U.K. also will forbid credit-card funding of online gambling by mid-April. These measures could cost operators billions in the name of saving people from themselves.

That type of move is unlikely in the United States, but the message is an urgent one for casino operators: get out in front of this. It begins by taking to new levels the philosophy of betting with your head, not over it.

Responsible gaming measures are like speed bumps or flashing messages indicating traveling speed. They make a person think. They enable gamblers to step back and assess, rather than quickly regress. Credit some of this perspective to the online gaming boom, which dramatically enhanced the number of people playing, and thus brings more attention to vulnerable gamblers.

Some estimates put the number of gamblers in excess of 1.5 billion regularly, and more than 4 billion making wagers at least once a year.

The gambling world has become far too large to police, but the individual player can self-monitor with the aid of technology.

The National Council on Problem Gambling and similar organizations both laud and cajole the gaming industry regarding deterrence of disordered gambling.

“You can never eliminate something like alcoholism,” says Keith Whyte, executive director of NCPG. “You can help people not be stigmatized and help them not be shamed. By the same measure, you cannot succeed at elimination of the gambling problem. It trivializes the gambling addiction, and is insulting to people with real problems.

“I would love to see the industry resume its mantle of leadership in this area,” he adds, noting industry successes while seeking more participation. “It benefits them as well. Gaming expansion brings even more concerns about addiction.

“We all want long-term, stable customer relationships. Being out in front of the issue and using technology for responsible gaming is one awesome way to do that.”

Whyte sees three fertile areas where the gaming industry can interact with the problem.

In the data science realm, he advocates the use of advanced analytics, using player-tracking technology to aid responsible gaming. That can be manifested in data analyzing the frequency of one’s play, the size of a loss, how often customers deposit funds, what amounts are registered and whether they change.

“It would be nice to see customers receive motivational messages helping them moderate their harm,” Whyte says. “What if every fifth message said, ‘You’ve done great, you’ve stayed within your deposit limits for the last three years. Here’s a drink on us?’ ”

Whyte seeks more real-time cooperation among casinos to spot self-excluded patrons who are gambling, particularly by operators who have several properties.

Ultimately, he believes self-set limits help gamblers, as do reminders when they exceed their deposit limits. This establishes a natural cooling-off period, which is vital.

A good number of players will lose the majority of their bankroll in the final 25 percent of the time they’re on a device, because they become frustrated and double their bets, trying to get even. Simply slowing the pace of a game can help a customer avoid catastrophe.

How involved are vendors in this?

Scientific Games introduced the first responsible gaming technology in the United States, according to company officials.

The company also worked closely with the state of Massachusetts to develop and implement “PlayMyWay,” an innovative budgeting tool for players. The custom-designed application helps patrons monitor and understand their playing behavior in real time.

The integrated play management software utilizes a simple, easy-to-understand interface that includes graphics. Once enrolled, customers get automatic notifications after approaching 50 percent, 75 percent, and 100 percent of the budget they have set for daily, weekly or monthly spending.

Customers can choose to stop at any point or keep playing. They can also enroll, adjust their budget or un-enroll in “PlayMyWay” from any game at the GameSense info center or at a GameSense kiosk under Massachusetts regulation. First-time enrollees also receive a one-time $5 food credit that can be used at select food vendors at Plainridge Park Casino.

Scientific Games champions another aspect of responsible gaming via SG Vision, a forthcoming computer vision and biometrics technology that enhances everything from player identification to bonusing. As it pertains to responsible gaming, SG Vision will verify player age and recognize other behaviors.

SG Vision tracks both anonymous and carded player tracking. This supports both responsible gaming efforts for anonymous players and adds a level of player safety. The company is demonstrating a collaborative project via SG Vision with the UK Gambling Commission and Ladbrokes Coral GVC group.

Scientific Games has also addressed the fixed-odds betting terminal market in the U.K. and developed player-protection tools for games.

The FOBT system packs an array of features. They include automatic reminders shown on-screen, customized player limits, algorithmic reminders that can highlight problematic play behavior (in trials), bespoke algorithms that run a player’s history for retailers/operators and send alerts to players via email, and machine log-in and limits for high-stakes players monitored by staff.

Innovations like this will be at the forefront of future attempts to amend the FOBT bet stakes.

Improvement means investment in responsible game-play product innovation. The company contributes financially to research done by the likes of the University of Sydney Gambling Research and Treatment Clinic and the U.S. National Council on Responsible Gambling, according to Ashton.

“Our responsible game play policy and commitments apply equally to the digital social (B2C) part of our business,” he adds. “What we do is not confined to the land-based world and will possibly become more relevant again as convergence trends continue. Aristocrat is also working hard to develop and promote best practice in the digital space.”

“Some examples include pre-commitment through our System 7000 product in Australian markets, self-exclusion functionality through our Oasis 360 casino management system in U.S. markets, and time limit-setting functionality through our Canadian VLT products,” he indicates. “In terms of new and emerging technologies, we’re constantly looking at embedding a consumer-focused approach into the product design process. In order to do this, we’ve implemented a product development charter across our game design teams to ensure that games are developed in line with our responsible game-play commitments and company values.”

Ashton said the company also promotes awareness about how its products work.

“We’re developing a suite of player information videos which explain in simple terms how gaming machines work and help to bust myths,” he says. “We’re also rolling out training for all staff that will help our people to support this effort and advocate responsible game play in their own communities and networks.

“There’s plenty more to do, of course, but these are some of the practical ways we’re acting.”

Konami Gaming has blended a technological and community-minded approach to responsible gaming. The strategy involves both its signature product, Synkros, and an activist role in fundraising.

The company has teed off on the concept, figuratively and literally. For more than a dozen years, it has served as an organizer for the AGEM/AGA Classic, which has contributed more than $2 million to the International Center for Responsible Gaming (previously the National Center for Responsible Gaming, now ICRG). Tom Jingoli, Konami’s executive vice president and chief commercial officer, serves on the ICRG board of directors.

“To ensure the future of our industry, gaming suppliers must be dedicated to high standards of player entertainment as well as player protection. Konami sponsors countless conferences and events connected to responsible gaming.”

“Synkros’ responsible gaming features can allow people to voluntarily specify the amount of funds they want to spend in a day, and the system will begin to warn them as they approach that limit,” he says. “Or if players prefer to set a time limit for how long they want to spend on gaming entertainment, they can automatically receive warnings or even set a cool-down period as they approach their voluntary time limit. Players can set, change or view these limits directly through the player-tracking interface at the slot machine.”

The industry grasps the importance of responsible gaming and the significance of compliance, security currency and other prevention measures.

It’s an ongoing job that will never be finished.