The case for returning to comping based on actual vs. theoretical loss 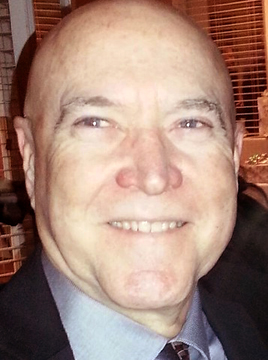 Back in the day, before we had computer-driven player-tracking systems and wide-scale rewards programs, players who lost large amounts of money were given comps (even rebates) to offset the sting of their losses. Players who won big were comped into the hotel or restaurant to keep them around in hopes they would play again and lose back some (or all) of their winnings.

Casino managers knew that if players played long enough, the house advantage would eventually overcome short-term losses. These executives made “seat of the pants” comping decisions based on their experience and intuitive knowledge, not theoretical-win calculations generated for them by a computer.

With the advent of automated slot player tracking systems, casinos developed reward programs for the masses. For the most part, these were based on coin-in and theoretical expectations, not actual player losses. There was no hosting per se; the rewards were issued at casino “slot club” booths. This initiative was separate and apart from the cultivation of high-end players.

These two marketing programs—individual player hosting and mass player reward programs—had the same goal, to build player loyalty and garner future visits. Their means to that end were vastly different, but over time, casinos began combining those strategies, using theoretical win to evaluate and reward both grind and high-end players.

Theoretical win may be the most accurate reflection of long-term yield, but using it for trip-by-trip comping decisions can be counterproductive to the desired goal of retaining top players. When gamblers lose big, the last thing they want to hear from their casino host is that their theoretical loss doesn’t justify any special treatment. What a deflater! Players feel entitled to some VIP treatment when they lose big. It’s part of the psychodrama that makes high-risk gambling so appealing. The recognition they get is, in large part, what makes the risk of a big loss worthwhile.

Conversely, when players win big now, the offer of a steak dinner or a free hotel room to keep them around has little appeal. They can get that anytime with their accrued comp points.

Today, instead of the player hearing, “You just lost X, so this is what I’m going to do for you,” the conversation goes more like, “Your actual loss is X, but our computer says your theo is Y, so what I can do for you is Z.” Personal relationships have been replaced with calculations and negotiations. As a result, players are more inclined to choose their casinos based on where they get the most back, instead of where they feel most recognized and appreciated.

Casinos operators may say this is the fairest way of determining player comps, but what they really mean is that it’s the easiest. Effective comping is both science and art. It takes careful consideration. It requires a decision, one that’s based on the evaluation of what will affect the player in the most positive way and increase the likelihood of his loyal patronage while maintaining the casino’s profitability objectives.

Unfortunately, many casino executives today don’t want to make decisions, because they involve risk—the risk of making the wrong decision and being criticized, reprimanded or even fired. When they’re not required to make decisions, executives don’t learn a vital skill that makes them supremely valuable to the enterprise.

Players today have become acclimated to our use of theoretical, so we can’t entirely go back to how comping used to be done. But we can modify it to be more effective in building long-term relationships with preferred players.

For the most part, players understand they “can’t have their cake and eat it too”—they can’t get their perks based on actual and theoretical. Casinos can (and should) make long-term cultivation calculations based on theoretical, but deploy them in a more personal way, based on their actual trip-by-trip results.

There’s nothing wrong with making the player part of this discussion. There might be some who prefer to keep their comps on a theoretical basis, even though they might complain about it later when they have a big loss. But that’s what casino executives are paid to handle. Gambling isn’t a logical activity, like buying items in a grocery store. Gamblers are generally compulsive and not inclined to engage in logical discussions. That’s the nature of our business. It’s where casino executives apply their people skills and earn their lofty salaries.

It’s up to the casino, based on theoretical calculations (and they’d better get those right), to determine what they can afford to do for their high-end players, then break that down into how they will apply it based on actual wins and losses on a per-trip basis.

But never mention “computer” or “theoretical” in the heat of the battle, so to speak, when a player is looking for the special attention that makes him feel valued for whatever he’s done on the day. Make that moment purely personal and from the heart, and you’ll have a much better chance of keeping a loyal patron of your casino.

Also worth considering is cutting some of your bulk high-end marketing initiatives—i.e., parties, mass giveaways, etc.—to provide more funds for cultivating your best players on an individual basis. In reality, these types of events seldom boost loyalty anyway. You’re pretty much just competing with the other casinos on a dollar-for-dollar basis for what is most likely only one additional visit. There’s little loyalty generated in this way, and in many cases, the treatment players get on those occasions, where you’re dealing with large numbers of people at the same time, only serves to make them feel even less important.