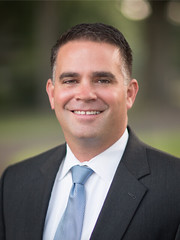 New Jersey’s Casino Reinvestment Development Authority (CRDA) was developed in the early 1980s to help redevelop Atlantic City and other parts of the state. The CRDA is funded by a 1.25 percent tax on casino revenues. Matt Doherty, a former mayor of Belmar, New Jersey, was appointed to lead the agency 18 months ago. He explains how he is doing his job at a time when the state has taken over the Atlantic City government. He spoke with GGB Publisher Roger Gros at the CRDA offices in Atlantic City in August.

GGB: The CRDA has been an important tool in the development of Atlantic City. How are you helping to direct the CRDA funds to the places where they do the most good?

Doherty: We work with the mayor, city council, along with Leutenant Governor Sheila Oliver, who is also the commissioner on the Department of Community Affairs, on what the priorities are. And those were laid out pretty broadly in the Jim Johnson report (authored by a former Treasury under-secretary and the leader of the state takeover of Atlantic City government) that was issued in 2018. We use that as a guideline for how we should appropriately allocate CRDA funds within the four corners of Atlantic City.

Over the years there have been degrees of dissatisfaction with the CRDA from the casino perspective. What have you done to shore up the agency’s relationship with the casino industry?

We have 17 members of our board of directors and two of them are casino executives appointed by the governor. They have adequate representation on the board.

I’ve had meetings with the top casino executives around town. Overall, it’s been a positive response to recent CRDA activities.

The Tourism District was established about 10 years ago. How do you work with the city in the CRDA oversight of this area?

When the CRDA was given authority over the Tourism District, I thought it was very odd. When I was mayor of Belmar, myself, the council along with the planning and zoning boards controlled land use. About 45 percent of the land is Atlantic City is controlled by the CRDA. I’m very cognizant that this is a city that has a mayor and a council, and has a planning board and a zoning board. So we take special care to inform them on what we plan to do and get their feedback on whether they think it will be a positive or negative step. If it’s not seen as a positive, we re-evaluate it.

The CRDA is also responsible for public safety in the Tourism District. How do you work with the Atlantic City Police Department in that regard?

We’re now up to $3 million in grants to the police on an annual basis. That’s for Class 2 officers, who are not full-time police officers, and for NCOs, neighborhood coordination officers. These are officers who are out of the car, who walk door-to-door, who talk to residents and businesses to address quality-of-life issues.

We also interact with land-use, planning and development, code enforcement and others. Any projects that come to us, we take it to the city and vice versa. We also have responsibility for the Special Improvement District (SID), which does a lot of public works-type of functions in the Tourism District.

Some casinos have criticized the CRDA’s efforts to bring entertainment to the city. They believe it’s the casinos’ responsibility.

Well, Hard Rock has really changed that dynamic. They’re extremely aggressive in bringing high-class entertainment to town. I don’t see CRDA’s role as competing with the private sector. Having private-sector dollars bringing in entertainment is a good thing.

Where we do run into a challenge is the operations of Boardwalk Hall. This has a capacity far exceeding any other venue in Atlantic City. Because we own and operate Boardwalk Hall, we have to generate as much money as possible to defray the costs. So there’s a delicate balance there between not interfering with the private sector and at the same time recognizing that we do need to operate Boardwalk Hall as a business to generate revenues to decrease the costs there.