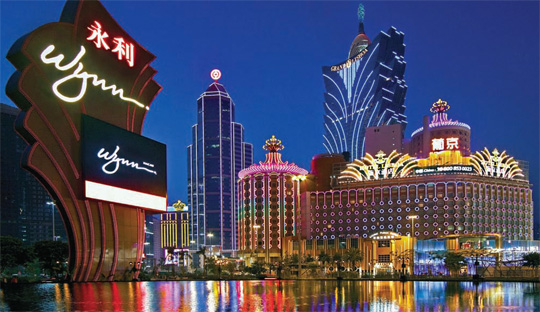 Fifteen years ago, on May 18, 2004, Las Vegas Sands Corp. opened Sands Macao and changed the course of casino gaming in the region.

Macau was once considered a secondary gaming market that catered to a small base of customers from Hong Kong and Guangdong, China. However, Sands Macao and subsequent entrants demonstrated that by providing high-quality gaming, dining and lodging environments, markets will respond.

In the case of Macau, markets responded enthusiastically. In 2005, the city’s casinos generated $5.9 billion in gaming revenue, and by 2018, the industry had generated $37.9 billion.

As Macau has grown during that time and with the introduction of resorts located up and down Cotai over the last dozen years, the market has witnessed continual change from the gambling den that previously was a Portuguese colony. Much of this initial growth was generated by the VIP or junket market. At one time, 72 percent of total gaming revenue was generated by VIP players, and today they still account for 57 percent.

Such a large concentration of revenue from one segment has long been a concern of public policymakers in Beijing who have advocated that Macau diversify its tourism industry and create tourism products that appeal to different travel segments. Casino operators also have come to realize that reliance on one market for such a large portion of gaming revenues leaves them vulnerable to dramatic downturns, as was evidenced in 2014 when a crackdown on public corruption and conspicuous consumption lead to a retrenchment of VIP gamers.

With the significant improvements in infrastructure in the region, the explosive growth of new integrated resorts in Macau and Cotai, the continual development and expansion of integrated resorts with a focus on the addition of non-gaming amenities, and the development of the non-gaming Hengqin Island, Macau and the surrounding area will continue to be the dominant tourism destination in Asia.

As one looks at the Macau gaming market, they need to first understand the difference between the VIP market and the mass market.

One of the keys to the VIP market is junket operators, which are essentially third-party providers of VIP gaming customers. A junket operator recruits VIP gaming customers from cities throughout China, facilitates transportation to and from the gambler’s home city, arranges visas, lodging and other services, and most importantly, provides the funds to the gambler in Macau.

As collecting on gambling debts in China is illegal (problem 1), and considering the difficulty for gamers to move money out of China (problem 2), casinos are happy to work with licensed junket operators, as the casinos no longer have to be concerned with how to handle these two significant factors for a large percentage of their customers.

The problem for Macau casino operators is that junket revenue is not as profitable as mass market gaming revenue, as they have to share slightly more than 40 percent of the VIP players’ theoretical win with the junkets. In addition, while junket providers account for 57 percent of gaming revenue, an inordinate amount of gamer demand is concentrated among a relatively small number of suppliers.

Sun City is the largest junket operator in Macau and, according to Union Gaming, accounts for 50 percent of Macau’s junket market. With such a high concentration of market share, Sun City is a very powerful force and can, if it so desires, shift that VIP play to other markets such as Vietnam or Cambodia. Given the relatively low profit margin of junkets, and the need to diversify revenue sources (both to be fiscally responsible and responsive to the demands of the PRC), Macau casino operators have strived to grow other markets, notably mass market and premium mass market customers.

Mass and premium mass customers are handled similarly in Macau as they are in the United States. The casinos take on the responsibility of recruiting, retaining and inducing these customers to return. While there is a balance between discounts on play and comps, the significant advantage with this market segment, in comparison to VIP, is that the casino retains all of the net gaming win after it pays the host jurisdiction its share of gaming taxes.

In Macau, casinos may extend a modest amount of credit to their established customers and take on the risk that a portion may eventually become uncollectable debt. However, premium mass customers quickly learn to understand that by defaulting on a casino debt, they will be unable to get credit at any other casino (since casinos share credit history with central credit service agencies).

In the 15 years since the opening of Sands Macao, the Macau market has grown significantly in terms of revenue and in number of visitors. The mass market in terms of revenue has grown from just short of US$2 billion in 2005 to over $15 billion in 2018. As the middle class continues to grow in Macau and as operators continue to grow their own databases of players, this mass market segment will remain a prevailing force for growth in the region.

“The Macau market shows continual growth in the mass market sector and has nearly rebounded from its downturn in just five years,” said Chad Beynon, an analyst from Macquarie Research. “With the continued expansion of new rooms and non-gaming assets on Cotai, we see continued growth in this sector as the market continues to expand.”

While gaming revenue in Macau can be erratic, continued growth on the influx of visitors is more reliable. In 2008, Macau had 22.9 million annual visits to the market. This number grew by an average of 5 percent annually to reach 35.8 million visits in 2018. Similar to the trends experienced in Las Vegas over the past two decades, the introduction of additional non-gaming amenities will continues to attract new visitors and new sources of revenue to Macau. However, unlike Las Vegas, it is very unlikely that non-gaming revenue will overtake gaming revenue in Macau within the lifetime of these authors.

Similar to other resort destinations, holidays continue to see a surge in visitors. On the most recent May Day holiday, visitor volume increased 37 percent year-over-year. According to the Macau Government Tourism Office, Macau recorded 636,644 visitor arrivals during the recent May Day Golden Week, which lasted from Wednesday through Saturday.

The 37 percent increase can be attributed to the comparative three-day period from last year, which saw 531,503 visitors during the first three days that year. Hotel occupancy during that period reached 96.2 percent, nearly two points higher year-over-year with room rate growth at 16.7 percent.

“As new assets come online, Macau will be able to withstand the continued growth in room volume and revenue,” said Beynon. “Infrastructure and investment will be key components in the growth of Macau to be able to handle the mass market.”

One of the biggest challenges since Macau went beyond the monopoly of Stanley Ho has been the infrastructure surrounding the region. While upgrades continue to be made in planes, trains and automobiles, infrastructure remains one of the key drivers and challenges to get mass market visitors in and out of Macau.

The most significant infrastructure addition over the last year has been the completion of the Hong Kong-Macau-Zhuhai (HMZ) Bridge that opened in October 2018. This project allows these three cities to be connected for the first time by automobile in a system of bridges and tunnels. Future development includes adding a rail line along the same path to facilitate further transit from the airport in addition to the ferries from Hong Kong.

As the majority of visitation to Macau continues to come from Guangdong Province in China, connecting Macau to the greater PRC is the bigger piece of the infrastructure puzzle, especially when considering the greater connections that are being developed to the high-speed rail system throughout China.

These increased infrastructure improvements will greatly facilitate the ability for residents of cities such as Beijing, Shanghai, and Wuhan (the capital of the Hubei Province that hosts roughly 10 million people) to have better access to Macau.

Air transport is poised to see significant growth in the years to come as well. In addition to the Hong Kong International Airport, the region’s Shenzhen, Macau and Zhuhai airports are all growing and developing rapidly for further route expansion. With Air Macau’s monopoly ending in November 2020, other airlines will have great access to the market.

The infrastructure growth will need to continue as Cotai further expands its gaming and non-gaming amenities. Grand Lisboa Palace Cotai will serve as the latest of these significant additions as it adds roughly 2,000 new hotel rooms across three hotel properties—Grand Lisboa, Palazzo Versace and Karl Lagerfeld.

Sands Cotai’s Holiday Inn will transform into The Londoner, which will be an all-suite property, transitioning from 1,200 rooms into 600 suites. Further revisions to the Sands property will take place in developments encompassing $2.2 billion in investment in the existing St. Regis, Sheraton, and Conrad hotels.

Wynn, Galaxy, Melco and MGM also plan significant upgrades to the area, in addition to the parcels that are currently open. Additional hotel rooms are in the pipeline along with other non-gaming amenities to support additional mass market expansion. Further developments in non-gaming hotels, such as Lisboeta Macau and other properties, will add additional keys to support the region as well.

One of the opportunities for expansion of the mass market in the coming years is Hengqin Island. The island, which is located to the west of Macau, is three times the geographical size of Macau and has experienced significant development. The development is focused on tourism, education and industrial/technological innovation. 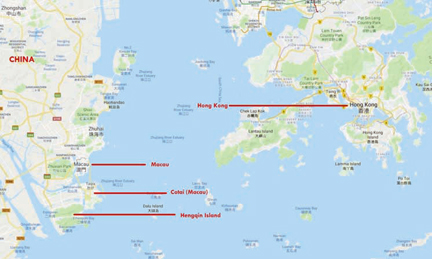 Infrastructure improvements are easing transportation between Macau, mainland China, Hong Kong and
the non-gaming Hengqin Island, which bodes well for the mass and premium mass markets in Macau

One of the keys to this area is that it is classified as a special economic zone, and it will be a visa-free zone to allow easy access and collaboration from foreigners. This non-gaming island has been designed to focus as a complement to Macau’s current offerings and serve as an attraction to the greater Guangdong region and international markets. The central government will be deciding how to further handle the entry policy for foreigners.

The Future Is Bright

While Macau continues to rebound from the 2014 crackdown, the past 15 years have provided significant growth to the region on both the gaming and non-gaming fronts. While some in Macau will focus on the VIP market, the mass market continues to show growth that, over time, will provide further revenue opportunities for those operating in the region.

As companies look toward the next steps on licensure in 2022, their existing contributions and future plans on all fronts will be evaluated to chart a path forward. The next 15 years will also likely provide some ebb and flow to the market.

There is a solid foundation in place between the existing gaming market, the non-gaming amenities that continue to be developed in the region, and the further infrastructure that will cater to the mass market and grow revenue and tourism. Macau will continue to be the leading gaming market in the world, and the greater region will grow exponentially with the development of Hengqin and other areas in Guangdong Province.