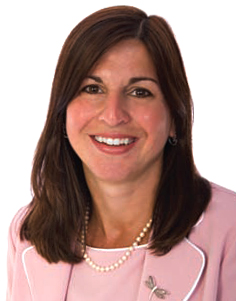 Marie Jiacopello Jones may not make the announcement of a property expansion or groundbreaking industry deal.

But she will ensure its completion.

The gaming lawyer and partner at Fox Rothschild in Atlantic City enables lucrative deals to leap hurdles and manage speed bumps to reach the finish line.

Ranked internationally in Chambers Global and named among the nation’s leading gaming attorneys by Chambers USA, Jones represents and counsels clients in all aspects of gaming law and regulation, licensing and compliance.

For about three decades, the Absecon, New Jersey native has helped many companies, including Hard Rock, complete their due-diligence obligations with regulatory bodies.

Some of the bigger projects have emerged in recent years.

Jones is involved with the deal announced last September in which Endeavor Group, the owner of the Ultimate Fighting Championship, will acquire sports betting business OpenBet from Scientific Games for $1.2 billion in cash and stock.

The Fox team advised on a range of regulatory matters, including obtaining Indiana Gaming Commission licensing and approvals for Hard Rock and its principals.

The star-studded grand opening of the casino and entertainment destination took place on May 14, revealing a 200,000-square-foot entertainment complex, including a 150,000-square-foot space dedicated to gaming, five food venues, an on-site sportsbook, retail shop and a 1,954-seat Hard Rock Live performance venue.

One of her biggest earlier projects came in helping to facilitate the $4.9 billion deal between Amaya and PokerStars in 2014.

“I enjoy working with the people,” she says. “It is always dynamic. There is a different type of law that gaming encompasses.

“It’s the licenses, the investing, the agreements, the transactions, special investigations. It brings a number of areas of the law into play. This process is interesting, never stagnant.

“People are thinking to the future, the next project, what they can do to expand their business. It keeps you on your toes.”

Jones’ star is ascending with her own company too. She has taken a higher leadership role in the company with the semi-retirement of Casiello.

She also serves as co-chair of the firm’s Gaming Practice Group.

Jones anticipates a brisk 2022 for the gaming industry, considering this probably the biggest growth era she has witnessed in it for a long time.

“There is a lot of acquisition of various sizes and types in the gaming industry,” she says. “It’s going to be an interesting and exciting time.”

Jones will be one of its guiding forces.