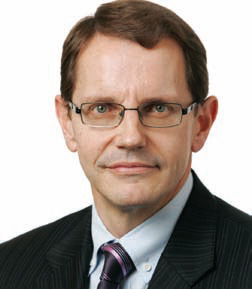 Marina Bay Sands, the Singapore property of Las Vegas Sands, has been a huge success in its first two years. One of only two casinos in Singapore, Marina Bay Sands has developed a large market of gamblers in the South Asia region, including Chinese gamblers. Andrew MacDonald has been in charge of all casino operations at MBS since it debuted. Because Singapore regulations prevent cooperation with the Macau VIP operators who drive the market there, MBS has had to develop its own in-house marketing team to attract the big players who also enjoy Macau. MacDonald met with Global Gaming Business Publisher Roger Gros at the LV Sands offices in the Venetian Las Vegas in April. To hear a full podcast of this interview, visit www.ggbnews/podcasts.

GGB: Marina Bay Sands has been open now for about two years. What is the split of VIP versus mass market gaming there?

Is that what you envisioned when you first opened up, or has it been a little different?

No, it’s probably been a little different. Mass is very strong; we’ve done exceptionally well, really, in both segments. When you look at the whole Singapore market, it’s been a phenomenal success story.

Since Singapore has a rigid licensing process for VIP operators and until recently had not issued any licenses, how difficult was it to set up an in-house marketing department designed to attract players who are usually dealt with by the VIP operators?

It was difficult, but Larry Chiu and his team did a phenomenal job of establishing a branch office network. Obviously, we leveraged off the backbone of the Las Vegas Sands International team. We have offices in Indonesia, Malaysia and elsewhere throughout Southeast Asia, and then obviously, the Macau presence helped as well. So from there, we probably got 100-odd people in the field, in total. So we’ve got a very, very strong premium direct team. And that’s been good. There was some talk early on about trying to split the team between the mass and sort of the premium mass, and then the true high-end business. But we’ve kept it all in one.

We call them international marketing agents.

These agents will bring groups into Resorts World. Would you welcome VIP operators, or the international marketing agents, in your operation?

I think the jury’s out on that. Clearly, Singapore and the regulatory model allowed for independent or international marketing agents. And within the initial regulations, they had regulations to provide for junket operations. We’ve always been of the position that we can do a lot of the types of operations that the junkets provide, or provide a lot of the services that the junkets provide ourselves, and that therefore, we don’t see that they fill that sort of segment or niche in Singapore, particularly. It will be interesting to see how they actually operate, and how much business that they can grow. So, we’ll sit back and wait and see what happens.

How has the fee charged to locals been working?

I think it’s working, because the statistics that have come out have shown that. Last year, for example, they released the numbers that there were about 200,000 Singaporeans, permanent residents who entered the casinos. About 130,000 went to each property. So we had 130,000, Resorts World had 130,000. There was some overlap of the two, so we ended up with the 200,000 number. For a population of five-odd million people, where three-and-a-half-million would be eligible, 200,000 is not that big a number. And at least it would be reasonable to think that most of those people have decent incomes.

Tell us about the division of revenue between slots and tables.

We did pretty close to $600 million in slot win last year, a considerable number. We have a very healthy slot business, which accounts for about 25 percent of our gaming revenue.

How do you reward the mass market? Is there a wide participation in the rewards program like in the U.S.?

Do you reward them with comps or cash back?

They get rewarded with what we call Sands Dollars. Those dollars can be used in our retail outlets throughout the mall, they can be used to redeem non-negotiable chips, or rolling chips. There are a number of ways—extra credits or free credits on machines.

You’ve always been a very thoughtful casino executive. Even when you were not in the business and you were writing for our magazine, you always had some really good ideas about operating a casino. Have you been able to implement some of those ideas?

Yes, I think so. We started late, as you recall. We came in with a lower market share than Resorts World. They had been in the market for a long period of time, both with Resorts World and before that, obviously, with Genting Highlands. We’ve very quickly been able to catch them and then pass them, in terms of market share, in all aspects of our business, and most importantly at the premium level. We generate about 60 percent of the market, so it’s been good.