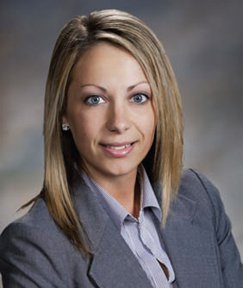 As she climbed the corporate ladder, Lana Kotur discovered she was often the youngest person in the room. She had to prove her credibility, and more than that, prove she deserved a seat at the table.

“That very feeling was a motivating factor for me. It drove me to always be the best prepared one in the room,” says Kotur, who was born and raised in Eastern Europe, then moved with her family to St. Louis when she was a teenager.

That motivation propelled Kotur through a series of gaming-related positions until she landed at VizExplorer four years ago. She now serves as the company’s vice president of customer success.

Customer success is slowly becoming a critical element of every organization, she says. “This function has a very simple role—providing value for both the customer and the company.”

VizExplorer gives Kotur a chance to utilize the skills she learned in more than nine years at Harrah’s St. Louis Casino and Hotel, where she worked in hotel administration, player development and food and beverage.

“Interestingly enough, in my early career I wanted to know everything about casino operations. I was curious and hungry to learn,” Kotur says.

She spent much of that time focused on different areas of casino marketing, building relationships and seeing that customers enjoyed their experience. Operational challenges enabled Kotur to transfer that knowledge more effectively, introducing new technology into day-to-day operations, for example.

“Relating to the end user in a way that spoke their language helped my credibility when standing in a room full of doubters,” she says.

While being the youngest in the room spurred Kotur’s drive, so did a series of mentors along the way.

Stephanie Richter, vice president of hotel operations at Bally’s, Paris, and Planet Hollywood Las Vegas, gave Kotur the confidence to accept her first leadership role at the hotel front desk. “I was young and naïve enough to jump right into it,” she says. “I haven’t looked back since.”

Almost 20 years later, she still remembers the excitement—and the anxiety.

“I spent four years working alongside Stephanie, absorbing every bit of her style of leading, which set a strong foundation for the leader I am today. Stephanie also taught me to stop and have fun, show the human side of you,” says Kotur, who loves to travel and learn about the history and culture of others in the little spare time she has.

Peggy Rogers, a former vice president at VizExplorer, told Kotur it was time to discover the casino side of the business.

“I learned the importance of relationship building and how to drive revenue by taking the time to know your customers, understand what drives them and create a unique experience for them,” says Kotur.

When Kotur thinks about Bo Guidry, now general manager at Seminole Hard Rock in Hollywood, Florida, she says his leadership taught her discipline and focus, and how to communicate in a very direct way.

“Bo was intimidating and inspiring at the same time,” she says. “I wanted to be the best at what I do and to make him proud. He is an influence in my career to this day.”

Kotur expects she’ll create a new generation of emerging leaders in the years to come.

“One of my passions is building teams and providing them with support to grow their careers,” says Kotur.

She works with industry veterans as well as those new to the business, and for the new ones, has three words of encouragement: “Go for it! This is an industry that thrives on networking and personal relationships. There have been times in my career that I considered changing paths and leaving the industry, but stayed for no other reason than that the opportunities are endless.”