The gaming industry in the United Kingdom has endured operational ineptitude, regulatory overreaction and political grandstanding, so what’s the next shoe to drop? 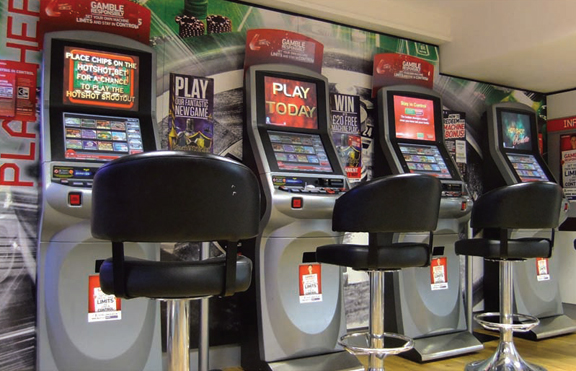 If 2019 wasn’t bad enough for Great Britain’s gambling industry, 2020 is turning out to be annus horribilis. I am not only talking about the impact of Covid-19. Yes, the pandemic has been disastrous for the land-based industry, but not so for the online industry.

Within the U.K., we have a devolved system of government, whereby certain areas are the competence of the countries—i.e. England, Scotland, Wales and Northern Ireland. Health is one such area, whereby each country in the union has the right to determine its own health policies.

This also includes the response to the pandemic. You might think that as England, Scotland and Wales are an island (Great Britain) that there would be a degree of cooperation between the countries where the pandemic was concerned. Sadly not.

Each country took a slightly different approach, which has meant that Scotland went into complete lockdown and in England retail gambling businesses were allowed to remain open—until they weren’t.

Land-based gambling venues were some of the first businesses to be closed down in the first lockdown in March, and some of the last to reopen in July. For some reason, casinos were the last businesses allowed to reopen. No reason was given by the government, but perhaps it had something to do with dwell times.

After a summer of fun, there followed a period of local area lockdowns that saw an increasing area of the country where land-based gambling businesses were forced to close. In November, the whole country was locked down again.

On December 3, the stringent lockdown was lifted, and we found ourselves in one of three tiers based on location and infection rate. Obviously, those in areas with the highest infection rate have the highest restrictions. Sadly, casinos in tier 3, an area representing about 40 percent of England’s population, will not be allowed to open. As I write this, there is talk that London will move into tier 3 because infection rates are staying stubbornly high.

The rules of the new tiered opening do appear a little odd, but tiering is a blunt tool rather than a surgeon’s scalpel. What the government is trying to do is to reduce human interaction as far as it can. It is interaction that gives the virus the opportunity to spread, but balancing this with allowing certain businesses to remain open, albeit with some restrictions, means the economy is not entirely decimated.

Will Normal Ever Return?

The good news is that there are vaccines, and that they will work. It is only a matter of time before they are distributed, and life can start to get back to normal. Whether people’s behavior will have changed, especially where social activities are concerned, remains to be seen.

During the pandemic, casinos, retail betting, bingo halls and arcades had to close, which understandably had a devastating impact on their revenues. Even when they reopened, revenues were down due to some players staying away. What was noticeable was that the revenue per customer increased during this period; higher-spending customers were keener to visit.

The online sector saw betting revenue plummet, primarily caused by the lack of live events to bet on. However, online casino games saw revenues increase, which almost made up for the reduction in betting revenue.

If the pandemic were not enough for the industry to cope with, it has played out against a backdrop of regulatory change. Not content with the reduction in stake on fixed odds betting terminals (FOBTs) from £100 per spin to £2 in 2018, the anti-gambling lobby has tasted blood and has been looking for more scalps.

Small factions in Parliament carry an inordinate amount of weight in determining gambling policy. On the fringe is the Gambling-Related Harm All Party Parliamentary Group, chaired by Caroline Harris, MP. But on the fringe does not mean they are not listened to by the government, parliamentarians and the media; quite the contrary. This group has said the Gambling Act requires root and branch reform, and that the Gambling Commission is “not fit for purpose.” It should be scrapped and replaced with a new body. This threat to the future of the Gambling Commission has had the effect of making the commission show that it has teeth and is prepared to use them.

As a result, 2019 and 2020 have seen ever-increasing fines issued by the Gambling Commission for both land-based casinos and online gambling operators. The offenses fall into two main areas—lack of duty of care to their customers and breaches of anti-money laundering regulations.

The first was allowing customers to gamble at levels, with hindsight, that were clearly unaffordable. At least one involved a person stealing money from their employer to fund gambling. Had the operator carried out a know-your-customer (KYC) check on the client, they would have quickly found out that this could not have been their money. To make it worse, in this particular instance, the customer was treated as a VIP and given the royal treatment.

The second was mainly caused when the U.K. government changed the regulations and required all online operators wishing to target U.K.-based players to become licensed and pay tax on U.K.-generated GGR. Prior to this, all that was required was that operators be licensed in an EU jurisdiction. Some operators who had been operating from Alderney or Malta, for example, duly became licensed and carried on business as usual. What they had not realized was that the Licensing Conditions and Codes of Practice imposed by the Gambling Commission meant that it was anything but business as usual.

At the same time, the commission was beefing up its AML requirements. KYC processes were expanded to include source-of-wealth and source-of-funds checks for higher-spending customers. And carrying out these checks only once was deemed to be insufficient. If the relationship with the customer was ongoing, the checks had to be ongoing too.

The expanded AML requirements have had a devastating impact on London’s VIP market. For the year 2017, London’s five high-end casinos generated £240 million of GGR. By year-end 2019, that figure was down to £120 million. I do not believe there was rampant money laundering going on, but the KYC requirements are very intrusive. It is not every high-net-worth individual who wants casino management to find out everything about his or her financial standing.

The fines imposed by the commission played well in the media, and those that sought to constrain the gambling industry played them up too. In April 2020, the Gambling Commission banned the use of credit cards in gambling transactions.

I have no doubt that pressure from their sponsoring ministry, the Department of Digital, Culture, Media and Sport (DCMS), played its part. Allowing the use of credit cards for online gambling was a bit of an anomaly. Casinos in the U.K. are not allowed to issue credit and could not accept credit cards for gambling purposes, but online casinos could. However, betting on credit has been allowed for a very long time.

This year, there have been a total of three parliamentary inquiries into gambling—the Gambling-Related Harm All Party Parliamentary Group, the House of Commons Public Accounts Committee, and the House of Lords Select Committee on Gambling, chaired by Lord Michael Ian Grade. Also, the National Audit Office investigated the effectiveness of the Gambling Commission and issued an uncomplimentary report early in the year. 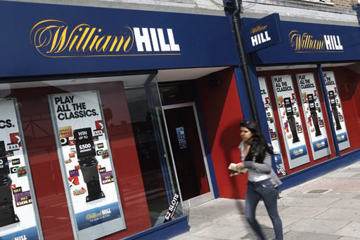 High Street bookmakers were closed several times during the pandemic

Of these reports, the report from the House of Lords is probably the one that is the most sensible and contains recommendations that, with some work, could be implemented.

Due to the potential threats to the health of the U.K. gambling industry, the major gambling trade associations formed the Betting and Gaming Council to attempt to get “on the front foot.” However, industry insiders fear that they have already lost control of the political situation, and their voice is unlikely to be heard.

To regain some standing in the debate around gambling, if debate is not too strong a word, the industry has agreed to a voluntary “whistle to whistle” advertising ban. There will be no advertising during broadcast matches on television. At the same time, operators put pressure on affiliates to reduce the amount of advertising that might be seen by children, and this has proved to be quite effective.

Finally, probably because they knew it was coming, the online industry has announced that they will voluntarily restrict the minimum speed of game. The minimum game cycle will now be 2.5 seconds. At the same time, they will stop using game features such as turbo play, which allows players to speed up games, and will disallow multi-slot play, where a player can place multiple stakes on different games at the same time

It was a manifest promise to review the 2005 Gambling Act, and this was supposed to have started already, but has been delayed due to the pandemic. Number 10—specifically the prime minister, Boris Johnson—has been said to be “taking a lead” in the review of the act, but this seems unlikely. He has too much on his plate already, and Number 10’s involvement will only slow things down. Most likely, the DCMS will lead the review.

So, what do I think will be the outcome of the review? Well, the following is my best guess:

The only contentious points as far as the industry is concerned are probably the amount of the limit on deposits and whether this could be increased if the customer requests it and could show that they could afford it.

Affordability checks, while they might be a nice sound bite, are going to be difficult to implement in practice. Everybody leads a different life and has different priorities. Two people might have the same income but choose to spend their money completely differently.

Most of the recommended changes could be put into effect using secondary legislation or changes to the existing regulations, which are reasonably quick processes. The existing 2005 Gambling Act was designed to be quite flexible, so despite the title of the review, there will be little need for primary legislation. The government will be looking for quick wins, and they will do as much of it using these routes.

How long will all this take? Well, the wheels of government grind slowly, and consider the likely steps for the review:

Given all of this, my estimate is that it could take anywhere between 12 and 18 months for the final report, by which time this pandemic will be well and truly behind us.