The overwhelming gaming win in the November elections spread sports betting to three more states while three other states expanded gaming that included more casinos and looser regulations. Sports betting was legalized in Louisiana, Maryland and South Dakota and expanded casino gaming in Colorado, Nebraska and Virginia. Most parishes in Louisiana approved sports betting, Maryland will permit its casinos racetracks and possibly stadiums and arenas to offer the wager, and South Dakota voters said the casino town of Deadwood and several tribal casinos may offer sports betting. Voters in four Virginia cities approved the legalization of casinos within their borders. By a ratio of nearly 2-to-1, voters overwhelmingly supported referendums in Bristol, Danville, Norfolk and Portsmouth, which will allow a commercial casino to be built in each of those cities. And Nebraska voters ended the state’s ban on the gaming industry, approving three measures on November 3 that will allow Ho-Chunk Inc. $300 million to build casinos at existing racetracks in the state’s largest cities, Omaha and Lincoln, that will open next year. They will be followed by a racino at Atokad. 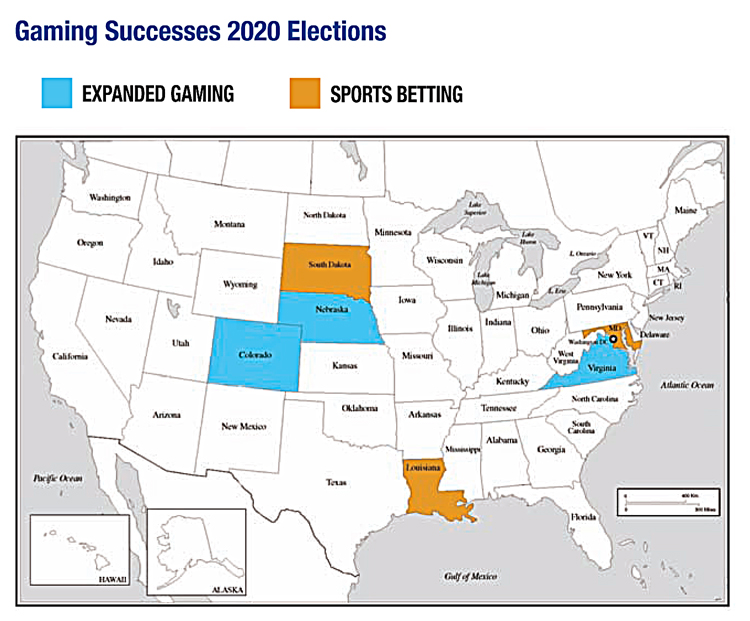