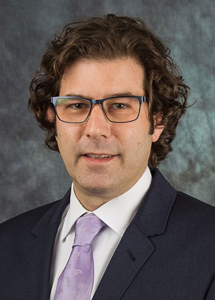 Michael Soll’s start in the gaming industry began by directing traffic. His first job after acquiring an MBA in planning was with Urban Systems, the predecessor to The Innovation Group, which specialized in designing efficient roadways around new developments, principally casinos.

“As a transportation planning company,” says Soll, “we got involved in the early riverboat projects, which needed capacity planning for roadways. No one was concerned about underwriting casino projects—there were just a few like the Splash casino in Tunica and some of the early Minnesota tribal projects—because they were all making money hand over fist.”

But once those heady early days started to wane, Soll says the company began to consider its next moves.

“We ended up transforming that transportation demand model and turned it into a feasibility model, which became the origins of The Innovation Group and serving the industry from that perspective,” he explains.

After earning some experience, Soll moved to Bear Stearns on the banking side doing equity research, which was a very dynamic and important part of funding the gaming expansion of the late 1990s.

After later stops at Starwood Hotels, which owned Sheraton and Caesars at the time, he took a full-time job working in domestic and international development with Park Place (now Caesars Entertainment).

When the Seminole Tribe bought Hard Rock, he moved down to Orlando to help create a hotel and casino division for the reborn company. But then it was back to his roots.

“When I rejoined The Innovation Group in 2007, they had added a banking group, a project management division and several offices in different parts of the country,” he says.

The move fulfilled his desire to get involved in multiple ongoing projects, rather than single developments.

“Having been on the industry side for 10 years, I felt like I got a good sense of what individual developments looked like from the planning stages from an analysis perspective, the internal underwriting process of bringing together the design and construction groups, lining up project financing, and getting it to the finish line. But I was really interested in working on multiple projects at the same time, and I could do that at Innovation.”

Soon after rejoining he was given more responsibility, which eventually led to a partnership and his role as president. And it coincided, he says, with a time of upheaval in gaming.

“We started to see tremendous changes in the industry—casino design, non-gaming amenities, and fast-paced technology changes among them. In each of these areas, we decided to try to move the needle, and for the most part, we did that. I think the most important move we made two years ago was the launching of an analytics business, which has become for us the arm that deals with new technologies, online gaming, sports betting and data science.”

The company is currently working for several clients in Japan, where partner Michael Zhu leads efforts.

Innovation also is well-known for its relationships in Indian Country, where it participated in many developments in the first wave of tribal gaming. Now that renovations and expansion are on tap, Innovation is continuing to play a major role in the growth of Indian gaming.

The analytics division is making big progress for clients seeking to know more about their players and how to leverage different opportunities, especially sports betting.

But in many ways, Soll is proud to be involved with the Emerging Leaders, with which Innovation, along with GGB Magazine, recognizes young talent in the industry.

“We’re pleased to identify diverse industry resources who are going to need to lead the industry as it tackles more diverse issues and coming changes,” he says. “These people are the future of gaming, and we’re pleased to do everything we can to get them some visibility and recognition for their talents.”