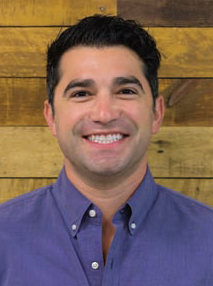 Adam Wexler has always operated by the motto, “Doubt me, please do.” Early in his career, he fed off hearing from those who didn’t believe his hard work and late nights would pay off, constantly challenging himself to quiet the doubters by working harder, learning what he could from any failure, and applying the lessons he learned to each new endeavor. He now enjoys hearing words like “resilient” or “does not accept no” to describe his execution style.

After graduating from the University of Georgia, Wexler debated whether to pursue a career in either the sports industry or the music industry. With the digital music craze, he saw the opportunity for entrepreneurial disruptors like him to enter the music industry and make a name for himself. While his initial venture failed, the marketing he and his team did for it led them to productize those efforts, evolving into a successful enterprise social media software company, serving many Fortune 500 brands.

In late 2014 as Wexler was entering the fantasy sports world and embarking on his third venture, the new Atlanta Hawks CEO simulta-neously brought him on board as part-time digital expert consultant. Instead of working his way up from the bottom, Wexler found himself working directly with the C-suite from the Hawks at the age of 28.

By 2018, Wexler and his partners decided to do business as Performance Predictions, as they felt the name better encompassed their suite of fan engagement solutions, including its flagship game, PrizePicks, and the two products that preceded it. Wexler has been CEO of the business since its origins five years ago.

When looking back on his career, Wexler is most proud of never giving up and maintaining his entrepreneurial beliefs even when things looked bleak. His decision to remain on the entrepreneurial path was the biggest one he’s made in his life. Through it all, Wexler learned that the success of any company starts with its culture. He believes it is the most important and biggest competitive advantage an organization can have, and hopes that this mentality is leaving an indelible impression on the PrizePicks team.

Wexler looks forward to the days when he’ll have more time to mentor other entrepreneurs, but for now, he strives to lead by example. He dreams of seeing a Bill Belichick-like entrepreneurial tree emerge from those who have allowed him to lead them during their careers.

With many 20-somethings leading departments at PrizePicks right now, Wexler makes every effort to avoid considering age as a factor when seeking the ideal candidate, and he’s found this mentality has often been advantageous for the organization’s youngest leaders. He says, “While they may be young, they grew up with technology, so their acumen for leveraging the latest and greatest technology resources is better than the generation before them.”

For those looking to enter the industry, he thinks the obvious answer is to get involved with legalized sports betting. “There are going to be so many new jobs created over the next decade, and so many companies can’t find anyone with the ideal experience,” he observes. “Companies in the ecosystem will look for the next best thing, which may often be those who currently have e-commerce experience for a digitally based company.” He says he also would advise students studying journalism to explore the industry, as there are so few established voices in legal domestic sports betting.

As an Emerging Leader of Gaming 40 Under 40 honoree, Wexler says it’s an honor to be recognized for making a name in the broader gaming industry, and he can’t wait to see what the future holds for PrizePicks. The company’s current ambition centers around building the most premium sports betting brand in the U.S. market, and along the way, building the most desirable place to work in Atlanta, where they are headquartered.

“In the short term,” Wexler muses, “we look forward to building the new age of daily fantasy sports.”