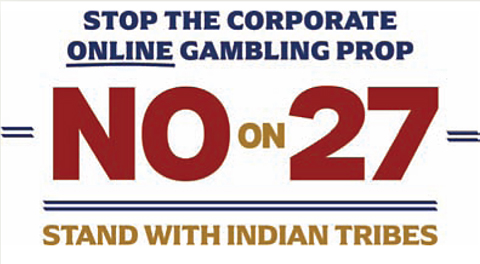 On May 12, 2022, while on a panel at the iGaming NEXT conference in New York City, I was asked for my predictions on the two sports betting ballot measures that were to be decided in the November 8 election in California.

I predicted both would fail.

This caused a bit of a stir within the room and was even mentioned during the next panel.

Again, this was in early May.

Later, out in the public areas of the conference, several people came up to me and wanted to challenge me on my prediction. I explained I did not want or wish for these measures to fail—I was merely predicting they would fail. From the response of several people, it seemed I had involved myself in some sacrilegious act.

People wanted to argue with me about offshore betting, lost tax revenues, and unprotected deposits. I again tried to make the point that I was just predicting the measures would fail; I was not turning this whole debate into a morality play.

The following day, I discussed this subject with an individual whose company would materially benefit if the people of California would approve the delivery of sports betting products over the internet. He seemed annoyed at my prediction. He asked why I would say such a thing.

My response was that I had been appointed twice to the state’s Gambling Commission by the governor of California, I had been the consultant to the governor’s office on iGaming matters, and I had served in a like capacity to the two legislative committees that addressed gambling. I also noted I had several quality contacts with the lobbying and legislative assistants of the state. Moreover, I mentioned I had spent over three weeks in October 2021 traveling from one end of the state to the other talking with a great many people in the tribal space, government, industry, and so forth—and based on all of this, I predicted the failure of both measures.

A common notion in poker suggests if you cannot find the fool at the table, it is probably you. Well, to all those folks who sent all of that cash to California for Measure 27, welcome to the table. You have clearly been played, and you have been played hard.

Not only did you get your asses handed to you in this recent election, but you also fouled the nest for the future.

In 1998, some Nevada interests, headed by people such as Steve Wynn and Mike Sloan, took on the tribes over gambling in California. They lost big in challenging Proposition 5. After Proposition 5, they had no idea what hit them. It was obvious to me at the time that their main problems were arrogance and ignorance.

It is for this reason, in an interview in September for the Las Vegas Review-Journal, I suggested that those folks who spent their money believing that Proposition 27 had a shot needed to “go to a tattoo parlor and have this put on your body someplace: ‘I will never underestimate the tribes in California again. Never.’”

One needs to understand there are about 110 tribal nations in California, and in most instances, they have done an excellent job of integrating with their communities. They are a soft touch for sponsorship dollars and community assistance. They also provide tons of dollars for local remediation programs. Moreover, the vast majority of their employees come from the non-tribal population.

The politicians also like the tribes because the tribes have spent many years cultivating these relationships through discussion and debate—and writing huge checks.

Oh, and that homeless thing. I guess you fell for the old focus group testing play where homelessness tested as a prime mover or some such silliness. Californians were burned by this nonsense with the lottery and education, so that was a weak play. Plus, Californians are not stupid; they knew that was bullshit from the get-go.

It seems some of the people believing the fantasy that was Prop 27 have lived so long within the gaming echo chamber that they have gotten high on their own supply of ego. They have no idea what moves people in California. This is not some gaming conference where everyone is trained to nod their heads on command, and where everyone feels clever and smart.

The strategic plan you all seem to have adopted of throwing cash at things until they go your way may work in some places, but California is the fourth-largest economy in the world. You do not have enough cash to throw. You might want to think about developing an actual viable strategic plan in the future. Just sayin.’

I have no earthly idea who talked these companies into burning such a massive amount of cash on what was a fool’s errand. The leadership of those companies should understand they got terrible advice and paid a very high price for that terrible advice. Moreover, they will not start fresh next time, for they have damaged their credibility and potential future relationships.

As I was scrolling through the Secretary of State’s listing of contributions for Proposition 27 the other evening, I was absolutely amazed at the huge checks that so many of you have sent to California. Hell, you even got Fanatics involved for a ton. My only thought was “what were they thinking?”

Really? What were you thinking?

I think you should all go get that tattoo.