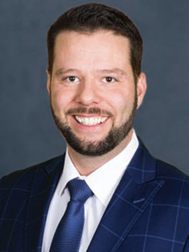 While attending a wine tasting at the Four Seasons Hotel in Prague in 2007, Lukas Pesek met a faculty member from the University of Nevada, Las Vegas. A few bottles of wine later, Pesek embraced Las Vegas, sight unseen. “I called my mother and said, ‘I think I want to move to Las Vegas.’”

Some six months later, he applied for admission to UNLV, and in 2008 matriculated as an international student. He had already studied hospitality and food and beverage management at a school in his native Czech Republic.

It shouldn’t come as a surprise that Pesek fell in love with the gastronomic side of Las Vegas. His father indoctrinated him in the finer side of culinary life in Prague and the rest of Europe, teaching him to read a wine list as a youngster.

“I grew up in a very culinary and cultural-oriented family,” Pesek says.

Opera was another aspect of his upbringing. By 15, Pesek had seen Aida, La Traviata, Tosca, La Bohème and dozens of other operas. He traveled to the culinary capitals of Europe: Vienna, Salzburg, Luxembourg. And in 2003, he moved to Zurich, where he worked in a boutique hotel.

As a student at UNLV, Pesek landed a position with Wolfgang Puck, working in various Las Vegas restaurants, including Spago, Lupo, CUT, Postrio and Bar & Grill. A year after he graduated with a B.S. in hotel administration, he went to Dubai to open CUT.

In 2017, Pesek moved to MGM as director of restaurants at Aria, and a year later was promoted to director of food and beverage. Last May, he advanced again to vice president of food & beverage at Excalibur.

Pesek’s climb up the ladder took him to seven different countries—the Czech Republic, Germany, Switzerland, Mexico, U.S., Dubai and Singapore—on three continents. Though he encountered roadblocks along the way, he says, “I don’t look at obstacles as obstacles, but rather opportunities to get stronger and better. I enjoy dealing with challenging situations. A dear friend once told me, ‘Lukas, you are not performing an open-heart surgery, so don’t act like your job is stressful.’ Sometimes, we create obstacles in our mind, and that limits us. I truly believe in living life without limits.”

He’s had numerous mentors along the way, too numerous to mention. But he looks up to folks like Bob Iger, Ray Dalio and Danny Meyer. “I have been studying their leadership styles,” says Pesek, who still enjoys music, and plays the saxophone to relax. His two favorite musicians? John Coltrane and Tchaikovsky.

Pesek’s world view has given him some pearls of wisdom to offer those that follow his footsteps. “Never let anybody tell you that you can’t do something!” he says. “Also, don’t be afraid to make a mistake.”