Disturbances in casino destinations post-Covid are troubling. Here’s what you can do. 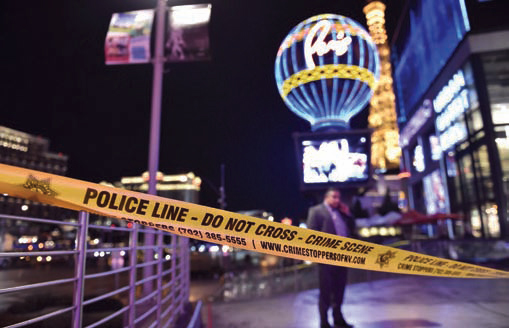 Most casino executives will attest that operating during the current Covid pandemic in the U.S. has been challenging at best to follow recommended safety protocols from the CDC, comply with jurisdictional orders and requirements, and still attempt to operate a profitable enterprise. Casinos have and are constantly adjusting to the ever-changing conditions, which demonstrates the creativity to operate, keep customers satisfied, and present an entertaining experience by the casino industry as a whole.

The continued closures of significant large venues inside of larger casinos such as showrooms, nightclubs and other entertainment venues in markets such as Las Vegas has created a void in organized social entertainment for the public. This creates the opportunity for criminal activity to increase through unorganized social activities in unconventional locations and in smaller groups that are more difficult to observe, control or manage.

If all of that were not enough, demonstrations along the Strip and in other gaming markets during the pandemic have further stressed law enforcement and casino security to deal with them in a lawful manner while accomplishing what seems to be impossible to keep everyone happy.

Violent crime increases as reported by the media in Las Vegas have given a challenge to casinos to respond with additional security measures, implement increases in uniformed security presence, implement various access controls, develop new procedures, and still keep customers happy and at least generate enough revenue to pay for operating expenses.

Prison inmate population decreases through early release programs due to the pandemic and prison reform have also re-introduced offenders back into the population, of which many will again commit crimes for various reasons, including at casinos. Not all people released from incarceration have been criminally rehabilitated.

Gun shooting incidents are included in the violence occurring inside and outside casinos, and is the recent cause for concern for Las Vegas. Americans are legally purchasing record numbers of guns. Illegal gun sales by definition cannot be tracked nor can it be determined how many legally bought guns later end up in the hands of criminals.

The reality is, more people are more increasingly likely to be carrying guns (either openly or concealed), which increases the risk of gun and shooting incidents in and around casinos. Disagreements and altercations have escalated into shooting incidents along the Strip when one person pulls out a gun and fires it. The majority of security personnel in Las Vegas are unarmed.

Along with negative press and violent crimes also comes a higher risk for related civil litigation against casinos, which has a long trail to resolution. What may happen in 2020 could be still in litigation, at great cost to defend, four or five years later. With millions of Americans out of work and increasing violent crime, the potential for increased litigation is almost certain.

It cannot be definitively determined if overall crime will increase or decrease for 2020 until the end of the year when statistics are calculated. It is also difficult to determine if the perception of increased violent crime through media reporting will actually result in an overall increase of violent crime. What is apparent is that shooting incidents have increased on the Strip and reasonable, additional proactive security measures should be taken by casinos to attempt to deter and decrease violent incidents from occurring on their properties, both inside and out.

There are other shooting incidents that have occurred outside of Las Vegas in recent months. On October 21 at 2 a.m. at the Agua Caliente Casino in Palm Springs, police responded to an armed robbery and found two suspects in the parking garage who were then shot by police. The suspects were from out of the area, and had committed two other casino robberies earlier the same evening. On October 4, an incident occurred with an officer-involved shooting inside the Casino of the Sun in Tucson, Arizona.

Criminal gang activity appears to be a factor in the rise of violent crime near casinos. A gang, for instance, in another state or city can travel to the areas of casinos (many of which are state border towns), bring their own alcohol and drugs, party in parking lots or non-traditional locations, get into fights and commit violent crimes including shootings without warning such as those occurring outside of Strip casinos. 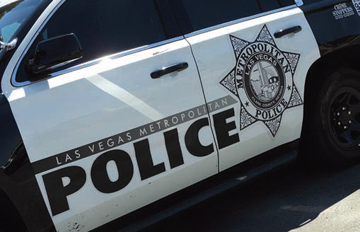 The reopening of casinos along the Strip in Las Vegas has been slow and painful to implement. It takes much planning, organization, management and oversight to restart a large casino and open the doors to the public under newly mandated operating conditions. Four casinos in Nevada have been fined by the Nevada Gaming Control Board for not complying with state-mandated restrictions related to the pandemic since reopening.

Many employees including security personnel were furloughed when casinos were ordered to close, and had to be rehired and be retrained to deal with Covid-19 restrictions. Many security officers have had to deal with customers who refuse to wear masks or not comply with state mandates, some resulting in trespass arrests and an increased risk of Covid exposure to security personnel.

Las Vegas has been less restrictive than surrounding states and cities since casinos were allowed to reopen, which also increases the desire of gang members and criminals to take a road trip to Las Vegas, create havoc, commit violent crimes, and then leave—unless arrested, leaving the police and security to clean up the mess. Police believe that many of the participants are gang members from cites in Southern California and Arizona.

The Las Vegas gaming market is comprised of the largest concentration of casinos in the U.S. The primary customer base comes from other states—especially California, where the largest population center is only a three- to five-hour drive and it continues to be locked down with no restaurants, bars or retail open.

Several high-profile shootings have occurred along the Strip in recent months, causing local and national attention by the media and law enforcement.

Strip casinos are responding to these incidents proactively. Two casinos in Las Vegas along the Strip have recently started using metal detectors at all entrances to the casino property screening for weapons, which has never previously occurred on a routine basis. Prior to the pandemic, large entertainment venues, booked concerts and special events at casino properties have generally included metal detectors, but not for general access to the casino floor.

Las Vegas police and casino security departments are working closely together to reduce and deter violent incidents from occurring along the Strip. Many Strip casino properties now have more uniformed security officers than before on the sidewalks, in parking areas and inside. Only time will tell if these measures will reduce the high-profile violent crimes from occurring, or if more intrusive measures have to be deployed by police and casino security.

The Las Vegas gaming market has always resisted this security measure absent unusual circumstances, which they are currently experiencing. Many casinos located in other gaming markets have posted security personnel on all entrances, and some have had metal detectors and bag searches prior to the Covid pandemic.

In June 2020, Sheriff Lombardo of Clark County, Nevada, where Las Vegas casinos are located, announced that they had started tracking violent incidents on March 15, two days before the governor of Nevada ordered casinos to close. In the next three months, violent crimes increased in Las Vegas. There was an increase in homicides by 3 percent, rape incidents were up 21 percent and robberies had increased 5 percent over the same period during 2019. Prior to the pandemic, violent crime was down. Nevada recorded an 11.81 percent decrease in violent crime in 2019 as compared to 2018.

In October, the sheriff told USA Today that the Strip violent crime was up 4 percent from the same period year to date as of October 3, as compared to 2019. The Las Vegas Metropolitan Police Department had increased its nighttime patrols by 20 percent during the “bewitching hours” on Friday and Saturday nights. Plain-clothes police were also deployed along the Strip in a proactive attempt to not only deter violent crime, to also observe and arrest offenders.

Recent shooting incidents along the Strip in Las Vegas:

Violent and often newsworthy crimes and incidents take on amplified attention by media, even though many neighborhoods in the U.S. where casinos are located have not had an actual spike in violent crimes in the recent past. According to the FBI, violent crime is composed of four offenses: murder and non-negligent manslaughter, rape, robbery, and aggravated assault. Violent crimes are defined in the Uniform Crime Reporting (UCR) program as those offenses that involve force or threat of force.

Overall crime has actually been decreasing year after year in the U.S. since the peak in 1992, when there was a total of 14,438,200 total crimes of which 1,932,270 were violent. The latest 2019 UCR report by the FBI demonstrates that there were 8,171,087 total crimes reported in the U.S. with 1,245,410 being violent. In recent years, violent crime has remained stagnant or has increased. By comparison, there were 33 states with more violent crimes committed than Nevada in 2019.

Fraud crimes appear to be on the increase also. Scams and cybercrimes have increased to those vulnerable to falling for them. Unemployment, credit card, counterfeiting and check fraud create opportunities for petty criminals to victimize people, especially the elderly. Casinos are experiencing an uptick in fraud-related crimes during the pandemic as well.

Minor crimes such as property theft or non-violent crime appears to have decreased during the pandemic across the U.S. as measured by police calls for service. 2020 is shaping up to see a further reduction in overall crime and a potential increase in violent crime.

With millions of people home and not working, residential burglaries have decreased overall, based on the simple fact that residents are home and not away at work creating the opportunity for a break-in or burglary. Some jurisdictions report increases in domestic violence where couples being home and with each other constantly creates more contact and more friction, leading to domestic violence.

Preliminary indications are that the first six months of the pandemic demonstrated a decrease in property crimes in residential environments and in some cities in most category of crimes. It cannot be determined what the overall effect on crime the pandemic has created until it can be thoroughly analyzed by federal, state or local law enforcement, which occurs on an annual basis at the end of the year.

Las Vegas is taking the right approach to reduce and deter violent crimes along the Strip with a cooperative effort between casinos, law enforcement and community leaders. Additional police and security personnel deployed in high-risk locations will certainly help to keep these out-of-town thugs from driving into Las Vegas and creating a dangerous condition for the thousands of tourists and employees who are attempting to get back to a pre-pandemic normal