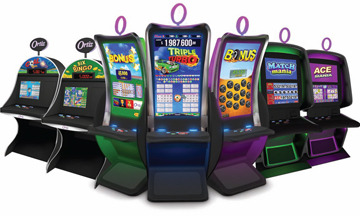 Video bingo giant Ortiz Gaming is coming to Las Vegas for this month’s Global Gaming Expo armed with an array of new games and systems aimed at growing the solid presence the company enjoys in its land-based markets and extending it deep into the online and remote gaming space.

On exhibit will be new Class II and Class III slots, new keno and lottery games, new bonus concepts for bingo and newer and more interesting ways of reimagining machine gaming as a compelling entertainment proposition on whatever device the player chooses to engage with it.

“We sat down with Maurilio Silva, our president, earlier this year to talk about the theme for G2E. He said it in three words: ‘New, new, new,’” says Gary Green, a veteran of the operations side of the industry who advises Ortiz on strategy from the company’s U.S. headquarters in Boca Raton, Florida.

Silva himself says it best: “Innovation is our priority as the gaming industry continues to evolve. It is essential for us to continue to stay ahead of the curve.”

Speaking of curves, you’d be hard-pressed to find a bingo cabinet like the O-Circle’s 42-inch HD concave touch-screen and the O-Future’s twin HD monitors, both ergonomically designed for comfort and fitted with intuitive five-button play panels and packing 5.1 surround sound.

Both the O-Circle and O-Future will be on display at G2E together with their newest cousin, the O-Evolution, which takes the rich graphics of its predecessors to a new level with 4K screen resolution, the state of the art in digital cinema and home theater.

This is a level of forward-thinking one doesn’t naturally associate with bingo—which is precisely what sets Ortiz apart. It’s apparent in concepts like Bingotronic, a variation on the conventional bingo hall space that moves the traditional game onto individual player terminals.

Leaping ahead along similar lines in a casino-style space, there’s OrtiZone, a server-based lounge environment that’s fully customizable for choice of games and cabinets—and now it’s being customized for device in the form of an on-site mobile platform that lets you carry the OrtiZone with you anywhere on the floor.

Players will have not only bingo but keno, lotto and reel slots at their fingertips on a network that’s browser-based, so there’s no need to download an app.

Through a division called Ortiz Interactive, the entire game library is being repurposed for mobile and online as a turn-key solution or as an individual white-label solution. The games are available in both social and real-money gaming formats. They’re also adaptable for government lotteries.

A redoubtable game library it is, too, and it keeps getting larger as it leverages one of the most innovative approaches to game math in the bingo sector. The Extra Bonus Ball is its main feature. It allows players to purchase additional balls after their initial bet and drawing has been completed, increasing the odds for the player and generating, according to Ortiz, nine times the initial bet in coin-in on average.

Says Green, “A lot of manufacturers keep bonus math separate from game math, so the main math is not impacted by bonus rounds. But Ortiz did it completely different. The bonus round actually increases the payout by a seriously measurable percentage.”

It’s a consumer-centric philosophy that guided Alejandro Ortiz in founding the company back in 1995, and management credits it for the company’s success to this day.

As if to emphasize that commitment, all Ortiz games are now being fitted with extra bonus features, which Green characterizes as “unique, flashier, a step beyond slot-type bonuses.”

They include: “Ortiz Celebration,” a random bonus tied to a networked bank of games; “Sir Prize,” a drawing whose key selling point is that awards are distributed several times a day and everyone active on an Ortiz machine is eligible; and “Magic Pot,” a surprise community bonus featuring a magician who appears on the screens of all the networked machines each time someone wins the jackpot, and takes a prize out of his hat—and everybody wins.

Systems are another focus. New for G2E 2016 is a complete data management solution called OrtizNet. It allows employees and operators to access all the elements of game performance in real time and to create customizable reports and graphics. It’s also web-accessible for partners. There is also Ortiz Cash, a highly flexible platform for managing all monetary activity in the property. Tools include complete financial inputs and outputs, report-generation and automatic closings.