The political battle to create a legal, regulated gaming market 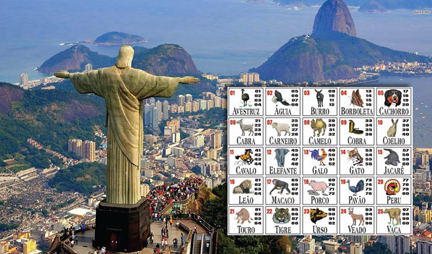 The popularity of Jogo do Bicho—the animal gambling game—is proof, some analysts and gaming executives say, of how successful Brazil’s gambling industry could be.

The problem is that with very few exemptions, gambling, including slot machines and Jogo do Bicho, has been illegal under federal law since the early 1940s. However, over the last two decades, lawmakers have been trying to legalize one form of gambling or another, as well as creating a regulatory framework that would lift the ban completely.

Those efforts have drawn interest from some of the world’s largest gaming companies.

“Brazil certainly has the potential to be a market of interest, but it is entirely dependent on the type and terms of any new legislation,” says Alan Feldman, executive vice president of MGM Resorts International. “We continue to monitor activity there as the process continues.”

Adelson’s visit last month has been considered a sign that a law legalizing gambling could be approved imminently. The O Globo newspaper reported that Adelson met last month with the mayor of Rio de Janeiro to discuss tourism and his proposed $8 billion casino project.

MGM Resorts, Las Vegas Sands, William Hill, Ladbrokes Coral, Betsson and NetEnt have all expressed an interest in expanding into Brazil should the gaming industry be legalized.

“The industry has stated that it’s comfortable with the market,” says Michael Soll, co-founder and president of The Innovation Group. “They are cautiously optimistic that Brazil could work.”

Both Brazil’s lower House and Senate—the National Congress—have been debating separate proposals that would legalize different forms of gambling, including sports betting.

Devil’s in the Details

Under SB 186/2014, authored by Senator Ciro Nogueria Lima Fiho in 2014, both land-based and online casinos would be legalized. Other forms of gambling including slot parlors, bingo halls, sports betting and Jogo do Bicho would be legal.

An amended version of the bill was debated last year and even approved by the Special Committee for National Development, but was sent back to the Senate’s Constitution, Justice and Citizenship Committee in December for further debate.

The bill would have authorized land-based casinos, sports betting, bingo halls and internet gambling, completely overhauling Brazil’s gambling market. The game of Jogo do Bicho would also emerge from the underground and gain legal status.

Those legislative developments got analysts believing lawmakers would have the bill on the full Senate floor by the end of 2016 for a final vote.

However, a final vote didn’t occur, which means the bill remains in the Senate.

It’s not just one bill that Brazilian lawmakers are considering.

In the House, also known as the Chamber of Deputies, lawmakers have been discussing their own proposal to legalize gambling, but analysts say there is little chance of approving a bill with a larger role for the government to oversee the market.

The bill includes proposals to force foreign companies to take on local partners and restrictions on how many casinos one company can own. Both bills aim to modernize the industry by authorizing up to 35 land-based casinos.

Even online betting has been discussed. But online wagering may remain illegal out of concern for fueling gambling addiction in Brazil, according to an analyst.

Despite their caution of online gaming, Alberto Peredne, executive vice president of Abrabinces in Sao Paulo, says online gaming and sports betting are on the legislative agenda.

“We believe that casinos have more appeal to the government and congressmen due to the amount of money to be invested and the number of jobs created by the casino industry, which is far more attractive than a virtual company,” Peredne says.

But it is still under discussion, he says, with “some heavy players visiting Brasilia these days.”

Peredne said even the Ministry of Finance has been working on privatizing the state-owned instant-win games, LOTEX, as part of the government’s efforts to privatize state-owned assets. He expected up to 51 percent of LOTEX to be sold off by the end of 2017.

Brazil’s Ministry of Finance is also preparing to present the National Congress with a sports betting bill, but few details have been released.

“I have heard that they expect to pass gambling legislation in June, but I don’t know how much I believe that,” says Steve Gallaway, managing partner with Global Market Advisors.

Gallaway says any guess as to when Brazil would legalize integrated resorts would be just that—a guess.

Soll agrees, saying, there is not a “predictable timeframe for passage of a gambling bill.”

Although the bill has support in both houses of the National Congress, it has been met with opposition from Brazil’s influential Catholic clergy and lawmakers who fear the legalization of gambling, including integrated resorts or sports betting, could worsen the country’s current economic situation.

Gambling, even bingo, has been compared to drugs in terms of harmfulness to Brazilian society.

The Catholic Church in Brazil has lobbied lawmakers to reject gambling’s legalization to prevent moral and family damage in the country.

But that strong opposition may be overcome by a need to create jobs and tax revenue as the government considers alternatives to plug a budget deficit that is expected to be 10 percent of gross domestic product.

Brazil has been going through a deep recession. The country’s growth rate has decelerated steadily since the beginning of this decade, from an average annual growth of 4.5 percent between 2006 and 2010 to 2.1 percent between 2011 and 2014, according to the World Bank.

It’s gotten worse. GDP started the year at 0.5 percent. The International Monetary Fund (IMF) believes the economy will grow by 1.7 percent this year.

So, legalizing gambling has been considered a way to boost Brazil’s struggling economy.

The population of Brazilians unemployed is now equal to London and Rio de Janeiro combined, at more than 14 million, the Brazilian Institute for Geography and Statistics reported.

In the 1990s, bingo was reintroduced under the so-called “Pele Law” to fund sports activities, but was outlawed by the Supreme Court in 2007 over reports of money laundering.

Supporters believe legalization of gambling in Brazil, including local markets, would be enticing to international companies to invest in the country and generate badly needed tax revenue.

Peredne says it would be improbable that everything would be approved at once.

“If this happens, we will be grateful,” Peredne says. “Which business will be the first to start operations is the question. It is evident that where large casinos are established, bingo and other small gaming places aren’t welcome.”

Fiho’s bill would establish a regulatory framework for the operation and taxation of casinos. Soll says there are also anti-money laundering measures being built into the legislation.

“There is still a lot of support for the bill even with the political distractions,” Soll says. “The whole government has been focused on cleaning up the political problems.”

Brazil continues to emerge slowly from its devastating recession, but recent nationwide strikes in opposition to reforms have made the issue of legalizing gambling a difficult one for Social Democratic Party President Michael Temer.

Temer has said the country will move forward with the reforms his administration started, the Rio Times reported.

In Congress, lawmakers are expected to approve easier labor rules and stricter limits to pension spending commitments. Temer has argued the reforms will benefit workers and will have a positive impact on attracting business to Brazil.

Peredne understands, with Brazil’s current tough economic climate, the government’s attraction to the gaming industry and the investments, jobs and tax revenue it could generate. He says that legalizing gaming would “reduce crime (and) create new forms of leisure and entertainment.”

“The whole package is very attractive, and what really matters to the government is revenue,” he says.

Illegal gambling in Brazil is already a big thing.

According to the Brazilian Legal Gaming Institute (the Instituto de Jogo Legal, or IJL), some Real $20 billion (US$6.4 billion) is generated from illegal gambling annually.

The Jogo do Bicho market, where players pick numbers by choosing coinciding animals, was estimated to be worth US$3.8 billion (R$12 billion). Brazil’s legal gaming market includes state-run lotteries, poker and betting on horse racing.

But without brick-and-motor casinos in Brazil, analysts estimate that around 200,000 residents travel to neighboring Uruguay to gamble at local casinos.

“It is probably the best-known casino market,” Soll says. “It is driven by high-end business. It is a very popular destination that will survive Brazil legalizing gambling.”

“Uruguay remains as one of the preferred routes for Brazilian gamblers for reasons like low accommodation prices, not far from Brazil… and language,” Peredne says.

The IJL estimates Brazil loses about US$2 billion (R$6 billion) annually in gambling taxes to illegal gaming and to residents travelling to Uruguay.

Betting in Uruguay state-owned casinos grew by 6.5 percent last year, according to Javier Cha, head of the Uruguayan Casino Control Board.

Cha says around UYU$212 million (US$5.9 billion) was gambled in state casinos, but that figure does not include the larger casinos in Uruguay such as the Conrad in Punta del Este, the Casino Parque Hotel nor the Hotel Casino Carrasco, which are both located in Montevideo.

Cha says the fact that the casinos had reported growth close to the level of inflation was an achievement due to the slowing down of the local economy.

With a population of 207.8 million, according to the World Bank, Brazil could be the world’s largest regulated gambling market.

“We like to call Brazil ‘the last frontier’ to the gaming industry because the country has the opportunity of facing this business based on a leisure and entertainment point of view (like) what has never been seen before,” Peredne says.

Peredne says this is why this country is so attractive to the gaming industry.

If Congress can agree on legislation this year, it would need to be signed by Temer.

But not every Brazilian will be able to afford to gamble at a casino. That’s why analysts argue that an illegal market for online gaming and sports betting will remain even in a regulated market.

Soll explains that should Brazil legalize casinos, you can “look to take out 50 percent of the population” who can’t afford to gamble from that potential market.

Soll argues that even with just 5 percent of the wealthiest Brazilians visiting casinos, that “is still millions of people.”

Both Soll and Gallaway believe a legal gambling market will benefit from domestic tourism.

Temer’s government, however, has made a big push to promote international tourism. But to attract gamblers from China, the United States or even the European Union they’ll have to loosen restrictions on obtaining a visa.

“Even as an American, we need to get a visa,” Gallaway says. “For integrated resorts to impact tourism, the government needs to ease its tourist visa policies.”