Sometimes you can find a mentor and not know it until years later. 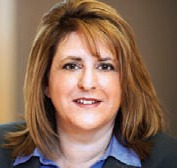 As I reflect upon my life and career choices, I realize that one individual helped shape my career path and inspired me to always push just a little harder when faced with a difficult task. As was typical of life in the late ’70s and early ’80s, there was no question whether or not I would actually go to college. The only question: What would be my major?

I was artistic and loved graphic arts in high school, even winning an award for my work. Everywhere I went, I had a camera, always looking at the world through a visual lens. I was raised in a New York City suburb, so I often wonder why I did not take advantage of all that the city had to offer. Instead, I chose to attend the State University College of New York at Buffalo, 10 hours away from home.

Although I have had many mentors over the course of my career, it was here that I made the one decision that shaped my journey under the guidance of the person I now realize was my very first career mentor. During freshman year, I took a journalism class as an elective because it sounded fun. Frances Murphy was my professor. Little did I know at the time, but she would change the course of my life. As I expected, the class was interesting and enjoyable. Toward the end of the semester, Mrs. Murphy encouraged me to take the next journalism class despite the fact that the course was only open to journalism majors. She was teaching the class and granted permission for me to participate. She encouraged me, nurtured my talents and helped me to focus on my future.

At the time, I did not realize that Frances Murphy was more than just your typical college professor. She was also the first woman to chair the Afro-American Newspapers board of directors, the publisher emeritus of the Washington Afro-American, a popular columnist at the Baltimore Afro-American and granddaughter of the newspaper’s founder. Sadly, she passed away in 2007 before I could thank her for shaping the foundation of my career.

Mrs. Murphy earned her bachelor’s degree in journalism at the University of Wisconsin in 1944—long before it was common for women to attend college. She joined the Afro staff as a full-time reporter after graduation and worked her way up to city editor of the Baltimore newspaper in 1956.

In 1971, she was named the chair of the Afro-American Newspaper Company, the first woman to hold that position, and one of the few women to serve in that capacity in media at that time. She left the company to become a professor of journalism in 1975 at State University College of New York at Buffalo.

I lost contact with Mrs. Murphy after graduation, never really looking back until recently. This amazing woman played an important role in making me who I am, and I wanted to thank her. I discovered an unusual fact while searching. Mrs. Murphy’s daughter now lives in Biloxi, Mississippi—the same city where Isle of Capri Casinos was founded. I reached out to her daughter and shared my story.

Mrs. Murphy taught me never to take no for an answer without understanding the reason someone is telling you no. You see, when I inquired with the registrar’s office about majoring in both journalism and design, I was told, “No, you cannot do that.”

Mrs. Murphy encouraged me to seek out the reason why the school was telling me I could not. After countless conversations with school officials, I finally discovered that the computer was programmed not to allow students to major in these two areas because they were among the largest departments on campus. Mrs. Murphy sat with me the day I told her this and figured out how I could accomplish my goal. She outlined all of the course requirements for both majors and mapped out the solution.

Mrs. Murphy mentored from the heart; her goal was to simply help a young woman make her mark on the world. Today, as a gaming professional, I am surrounded by many mentors, including Isle’s CEO, Virginia McDowell, who has played an important role in the launch of Global Gaming Women’s online mentoring network, the Global Gaming Network (www.globalgamingwomen.com).

We can all learn something from other women in gaming. A mentor can be someone we know personally, or someone we aspire to be. In the long run, sometimes we all need a little advice, or seek input from a trusted confidant. Global Gaming Women’s online mentoring program can be your link to finding inspiring insight, or just the little push you need to challenge yourself.