The challenges of regulating ESports 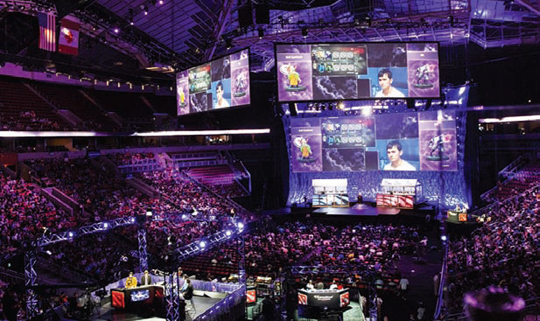 In May 2015, I had an article published in GGB titled “You’re Busted: Fantasy Sports and the Need for Adult Supervision.” At the time this article was published, daily fantasy sports was getting big, and it was getting big fast. It was also operating in a space that was largely unregulated, and the DFS folks acted like it did not need to be regulated, and they developed a vocabulary and talking points to always make that point.

There were several topics I tried to address in that article. The first was that DFS wanted to avoid being regulated as much as possible, for regulation is a bummer. Regulation slows innovation and time to market, and often involves a tax scheme. Records need to be organized and maintained, strict compliance standards need to be followed, many regulations are stupid, and a there’s a whole array of additional issues that are often expensive and certainly not fun.

The second point of the article was that the DFS folks were attracting a ton of attention, much of it was not good, and they should therefore work to figure out a way to avoid or mitigate the draconian result of state-imposed regulation.

A second option to self-regulation that was suggested was running toward regulation, and this is where an entity or the industry would seek out regulation, but in this process they would work to control the narrative to see that the regulations were appropriate and reasonable. The best example here is where Frank and Lorenzo Fertitta, of Station Casinos fame, purchased a company that provided mixed martial arts contests called the Ultimate Fighting Championship.

At the time of the acquisition, mixed martial arts was legal in one state, and Senator John McCain had damaged its brand by comparing the activity to human cock-fighting. The leadership of UFC set out to secure the seal of regulatory acceptability by educating lawmakers about the reality of the sport, and it soon became legal in 49 of the 50 states. This result was achieved by running toward regulation.

There was a fairly robust response to my DFS article, getting well over 5,000 hits on the GGB and GGB News websites, and many people contacted me directly, including leaders in the DFS space, an attorney general, and representatives from and around the sports leagues. They suggested that the article was meaningful, interesting and insightful, and then immediately ignored everything it recommended. That is, of course, until several different states began suggesting that DFS was breaking the law, and either banned the product, introduced regulation or initiated lawsuits. This ushered in a whole new era in the world of DFS.

Once the legal and regulatory attacks began against DFS, there was an enormous growth associated with the industry. Unfortunately, the groups that realized this growth were not the DFS providers, but rather the three Ls—lawyers, lobbyists and legislators—of each of the states that were either trying to outlaw the practice or regulate it. (I recently read an article that identified this group as the “regulatory parasites,” and damn, I wish I had come up with that term.)

As a result of the attacks, DFS was in for the fight of its life, and while it has survived the fight, the battles burned a ton of its cash, and the industry came out the other side a bit broken and scarred. Plus, I would argue the opportunity costs of this battle to DFS have been significant.

Well, there is another industry that is getting big, is getting big quickly, and is also attracting an ever-increasing share of attention, and this is esports, especially when it touches upon the borders of gambling in the U.S.

And while some of this attention is good for the development of the industry, a bunch of this attention isn’t. News reports addressing a high rate of betting on esports by people under 16 are not the type of press an industry wants in the U.S. When a number of Nobel laureates are challenging cryptocurrency, the coin of the realm of much of the value infrastructure of the industry, this is not good.

Headlines about loot boxes amounting to gambling also are not particularly cool. Add to this the fact that there are numerous websites allowing for unregulated betting on different esports events, skins betting, drug abuse and match-fixing—well, this is an industry that is going to start attracting much heightened attention by U.S. law enforcement, regulators and legislators, and this is not the type of attention the industry wants.

One of the realities that offers esports a level of protection from regulatory assault is the fact that few understand esports and its associated products, or at least few who fit the regulator/legislator/law enforcement demographic. This will change, however. This lack of understanding is a knife that can cut two ways. While this lack of understanding can protect the industry, it can also become the Achilles heel of the industry, for once the regulators and lawmakers get nervous, they tend to overreact, or to speak more clearly, they tend to overregulate.

Why should the people entering the esports industry even care? Some should not. There will be a great deal of low-hanging fruit for entrepreneurs and wannabe entrepreneurs to come in and snatch a handful of cash and move on. Others, however, will want a sustainable presence in the U.S., and regrettably, the only way to ensure a sustainable industry is through something that resembles regulation.

Back in the 1970s, I spent several years working on a Ph.D. dissertation on the origins of the Nevada Gaming Control Board (NGCB), concentrating on the period from 1945 to 1966. One of the things that I came to believe was that the NGCB was largely founded to legitimize the gaming industry and therefore protect it from threats on its future.

The gaming industry was generally characterized as involving sketchy people and practices during much of the period of my study, and if this image were to continue, the ability of Nevada to offer legal gambling would be challenged on many different levels. By instituting a regulatory infrastructure, this threat was mitigated. In other words, regulation is a total pain, but it is a pill that often needs to be swallowed if an industry wants to be sustainable in the U.S.

A huge challenge with the evolving esports industry is that it is something of a Gordian knot in its complexity, with many moving parts, and different pieces of its whole can attract regulatory and legal attention from different regulatory and legal entities, and some of these are national in scope, and those around the gambling piece are state by state.

No industry wants 50 distinct sets of rules to deal with, and yet this is where we stand with gambling today in the U.S. During the old iPoker and iGaming debates in California, the foreign operators would stop by my office at the Gambling Commission, and would mention how stupid our state-by-state regulatory system was. And this was a group made up of those who had generally launched their businesses in other parts of the world and had not been overly conscious of borders. When they made the point about how stupid our system was, I could only agree. All of this whining and complaining, however, would accomplish little, for the system was the system, and changing it was near impossible. If you want to dance in one of the United States, you do not get to pick your regulatory partner.

Moreover, many aspects of the infrastructure surrounding esports can potentially fall outside of gaming and into other regulatory domains, and it is always problematic when multiple agencies claim oversight responsibility for an industry.

A Voice for Esports

Where does this leave us? Esports is an industry that is in the process of becoming. I believe the road will be rocky for esports betting in the U.S. because it is an enigma, and this reality will continue, because the technology of the industry will be evolving at a much faster rate than the laws and regulations that surround it.

If it is to achieve sustainability as a gambling product, esports will need a voice, and I have not yet been able to discern that voice. This voice will need to have a moral and ethical compass, and be willing to engage and educate the many publics upon which it will depend—be it the general public, the legislators or the regulators. This voice also needs to be loud and clear, for it is going to have to be heard above the din surrounding some of the bad actors and bad-actor stories. It is also going to have to overcome a great deal of ignorance and fear.

I joined the gambling industry in 1972 as a dealer at Bill Harrah’s property in Reno, and have essentially been in the industry ever since. You cannot imagine the changes I have seen in every dimension of the industry and its regulation. One of my observations is that every major transition in the industry had a voice leading that transition. This includes people like Steve Wynn, William Harrah, Bob Faiss, Tim Wapato and others.

Esports, if it plans to become a sustainable part of the gambling product, needs that voice. I will be listening.