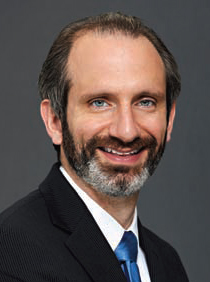 Zachary Levine lived a dream. He covered the Philadelphia Phillies while a student at the University of Pennsylvania. After graduation, he moved on to the Houston Chronicle, writing about the Astros. As a member of the Baseball Writers Association of America, Levine got to vote for the Most Valuable Player and the Cy Young Award. He also spent time with the Baseball Prospectus, the statistical bible for a sport steeped in statistics.

Not bad for someone who majored in math and economics.

“I was looking for a school with a strong math program but also one with the ability to get a well-rounded education,” says the Albany native.

While still with Baseball Prospectus, Levine obtained an MBA degree at the Massachusetts Institute of Technology. During the program, he did a 10-week internship at MGM Resorts International. Just as he fell in love with baseball writing, Levine fell in love with the casino milieu that is Las Vegas. After graduation, he joined MGM as an executive associate in table game analytics.

He dealt with statistics and probability, the heart of gambling.

“We also guide our products strategy for table games—the evaluation of new games and new technologies as well as the allocation of capital to modernize our offerings,” he says.

The Covid-19 pandemic took its toll in the past year. But the biggest obstacle for Levine was one that never materialized: anticipating a difficult transition into management due to the lack of traditional pathways from dealer to supervisor to manager.

“I’ve been fortunate to be able to learn from people who have gone through those roles,” says Levine, who runs to relax.

Perhaps credit for that goes to mentors he’s worked with along the way.

“He is one of the main reasons I felt like I belonged in this industry. We had endless conversations, not just on strategy to improve our casinos, but on why people gamble, what our customer is looking for, what makes a good game. The way he thinks about our business is unparalleled.”

“Doug taught me not only what he’s learned in his years of getting to know our customers and our product, but also how to navigate a complex workplace and large company.”

“He guided me on where table games fit in the broader company and how to take some of the skills I learned in school and put them to good use,” he says.

With so many changes during his tenure, Levine would be foolish to venture a guess about the future.

“But I do know that I see myself in a role that involves decision-making on how people consume gambling,” he says. “The technologies and the mechanisms will be different, but the end goal is the same.”

For those thinking about a career in the gaming industry, Levine has some advice. “Focus on improving the products and experiences, but once in a while, mentally withdraw yourself from that.”