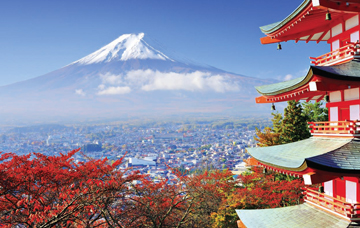 When Japan’s long-delayed integrated resorts bill passed in December, the world’s leading gaming operators sent up skyrockets. It’s no surprise. A Japanese casino market could be massive, with one brokerage projecting revenues in the $40 billion range.

While that figure may be unrealistic, look for a dead-heat competition for the first two to three integrated resort licenses in Japan.

Declared suitors include Melco International, MGM Resorts International, Las Vegas Sands Corp., Hard Rock International, Genting and Galaxy Entertainment, some of whom have pledged to invest up to $10 billion in the market. And though the resorts won’t open for five years or more, these operators aren’t letting the grass grow. Galaxy has an office in Tokyo and Hard Rock just launched its Japan division. MGM, which also has a full-time development team working in Japan, already has artists’ renderings of its would-be resort, “MGM Osaka.”

Now lawmakers must hammer out a second bill detailing the regime’s regulatory and tax structures, the number of licenses, etc., a process that could take most of the year. The big question is: Will they do it the Macau way, where the Big 6 concessionaires and their subs operate dozens of casinos? Or the Singapore way, with just two massive (and massively successful) integrated resorts?

“They’re definitely looking to the Singapore model,” says Steve Gallaway, managing partner at Global Market Advisors. “The Japanese go at things in a very careful, appropriate manner. I’ve been very impressed with how non-corrupt, clean and safe Japan is, and I think that will feed into the process, the same way it did in Singapore. They got those iconic facilities—Marina Bay Sands and Resorts World Sentosa—because they said, ‘If you say you’re going to build the Taj Mahal, you can’t build the Holiday Inn.’”

Japan also is likely to take some lessons from Macau, now pulling out of a 26-month recession and working to attract more mass gamblers, mainstream tourists, business travelers and families.

“While gaming dollars are the most important, there’s real value—I mean real value—in rooms revenue, food and beverage revenue and convention and meeting-space revenue,” Gallaway says. “It’s not like Las Vegas in the 1980s, where hotels and food and beverage were purely there to support gaming. In today’s day and age, if you’re going to develop an integrated resort properly, all revenue centers must be profit centers as well.”

“In my opinion, they’ll take input from all the different markets, take the best practices from each and apply them in a whole new way—the Japanese way,” says gaming consultant David Rittvo.

“Even before the initial enabling legislation was passed, government officials in Japan were studying all kinds of regulatory and business structures. But it will probably be closer to Singapore, with one casino in Osaka, one in Tokyo and/or Yokohama, and possibly some smaller casinos in secondary markets.”

“It’s a stupid number,” says Gallaway. “Let’s assume we have the max, which is five casinos. Now take $40 billion divided by five—that’s $8.5 billion. The largest-grossing casino in the world, Marina Bay Sands, does about US$3.2 billion a year. Are you telling me five casinos in Japan will do two and a half times that? It’s illogical. But this is still a huge opportunity.”

And what about operators like Las Vegas Sands CEO Sheldon Adelson and MGM CEO Jim Murren who have said they’ll spend up to $10 billion on an integrated resort in Japan?

“On the back of a napkin, yes, that’s justified for a major metropolitan area,” Gallaway says. “But the government would be doing a disservice if they require a minimum investment in people’s RFPs. It’s going to be a very competitive process. Let them bid based on the best project they can develop and still get that return.”

CSLA, by the way, has since moderated its estimate to about $25 billion for a mature industry. By contrast, Morgan Stanley has estimated that a casino market in Japan could be worth “in the range of US$7 billion to US$20 billion.”

Cory Morowitz, chairman and managing member of Morowitz Gaming Advisors, says there’s a third model beyond Macau and Singapore: Las Vegas. “Singapore’s been very successful, but I’m not a huge fan of the limited-license model,” he says. “Look at a jurisdiction like Las Vegas, where you’ve had more capital investment than any other market. It’s been great for that town and state, but that’s not been where the world has gone. Each jurisdiction woke up to the fact there are very high margins in this business and you can charge very high tax rates, and that’s where the pendulum has swung. But I’m a purist. I believe unlimited investment guarantees the best experience, the best deal for the customer, and maximum employment.”

Japan is starting from a firm foundation, he says: “a stable economy, a stable government and the world’s third largest economy within reasonable distance of a number of other Asian countries. It’s absolutely a great opportunity. The devil is in the details. That’s what they have to work out.”

Opponents of the gaming bill included members of the Buddhist-influenced Komeito party, who are concerned about the social fallout of legal casinos in a country where gambling addiction is said to be rampant.

In fact, public support for Prime Minister Shinzo Abe and his cabinet fell by almost 6 percentage points after the bill passed, and in a poll conducted by the Kyodo News Agency, approval of the ruling Liberal Democratic Party dropped to 54.8 percent from 60.7 percent in the immediate aftermath. More than 69 percent of respondents said they opposed the IR bill and only 24.6 percent supported it. The poll also found that 75.3 percent of respondents would not want a casino resort in their neighborhood.

Abe’s LDP proposed a few amendments to the bill, including a commitment to help problem gamblers; as in Singapore, that may lead to entry fees or other barriers to entry that are meant to keep locals in check. Is it a good idea?

“Vietnam started an income check barrier to allow locals in, and Singapore has done it from a payment perspective, but it needs to be done in a manner that doesn’t go above and beyond what’s warranted in the industry,” says Rittvo. “Singapore demonstrated that it can be a good social safeguard, but the industry would obviously prefer it to be an open situation.”

Rittvo points out that gambling is already big business in Japan, and casinos won’t add appreciably to the inventory. In 2015, gamblers there wagered 23.3 trillion yen (US$203 billion) on pachinko and slot machines alone. Though that amount was down by almost one-third from a decade earlier, it amounts to 4 percent of Japan’s gross domestic product. It is also legal in the country to bet on boat, horse, bicycle and motorcycle races and buy lottery tickets.

“If you look at pachinko, I think it’s somewhere between 3 million and 4.5 million machines,” he says. “Two casinos would add at the most 5,000 machines to the market.”

Gallaway cites a Singapore study which showed that since the opening of Marina Bay Sands and Resorts World Sentosa, “the incidence of problem gambling has gone down, and the reason is an aggressive problem gambling program implemented when they opened the casinos.

Taking the Easy Out?

“There’s nothing better than a monopolistic anything—if I got a monopoly for selling chewing gum, give it to me; I’ll make billions. But to maximize the approach, you can have everything from slot routes to slots in bars to small local casinos to regional casinos to destination casinos to IRs, and literally go from $1 million or $2 million to $7 billion or $10 billion.”

Officials may see integrated resorts, with billions in investment, as “no-muss, no-fuss, the easiest path between Point A and Point B,” says Macomber. “They don’t have to do much and they’ll come out as heroes. But I don’t think a neutral businessperson would say that’s the only solution—otherwise, why is there Bourbon Street in New Orleans or Beale Street in Memphis? Why is there a Waikiki, a Broadway or even a Las Vegas? Well-defined, successful resort, tourism and leisure destinations work because people like that diversity of restaurants, showrooms, theaters, and so on.”

Bottom line, he says, casino development theory suggests there are other models than Singapore and Macau. “Betwixt the two lies some opportunity for a more diverse ownership scheme, a more diverse leisure/entertainment/ casino scheme, risk spread among more investors and operators, and perhaps a better magnet to draw and entertain Japanese and foreign citizens.”

His “maximization model” is “a variety of local, regional and destination casinos plus, these days, a full array of iGaming, eGaming, sports betting and the like.”

Meanwhile, global operators and analysts continue to tout Japan as the next great gaming jurisdiction.

Last year, Lawrence Ho, CEO of Melco Entertainment International Ltd., said, “This opportunity is priceless, and we’ll spend whatever it takes to win.”

And Adelson has said, “Japan is the holy grail and the ultimate of business opportunities. Singapore was a warm-up to this.”

Bernhard: Singapore demonstrates that if you develop a thoughtful, transparent RFP process built on best practices, the end result can be highly beneficial for all stakeholders.

If we were to identify the single most important factor the Singapore government wanted to see, it was a business-focused plan to enhance and complement local businesses through the MICE product. Clearly, the business objectives and the tourism objectives have been met—and then some.

In Japan, many of the normal enticements—jobs, for instance—are not as relevant, and the business environment is already highly robust, though MICE will certainly be attractive.

Will there be an emphasis on high rollers, or are those days over?

The government will emphasize international high rollers to be sure, and a $10 billion iconic integrated resort in the heart of an internationally respected culture and country will be a must-visit for higher-end tourists. Operators are also hoping for high-end gamblers, and the competition for that customer base is getting increasingly strong against a backdrop of decreasing supply.

But if you think about it, there really isn’t a compelling “northern Asia port” right now for high-end gamblers. Vladivostok hasn’t evolved into that destination as yet, and South Korea’s policies have thus far ensured they won’t have the capital investment to build the kind of product that woos these travelers. Meanwhile, southern and central Asia, at least along the Pacific, have significant integrated resort development right now. So Japan could conceivably become that “north Asia port.”

Do you expect the government to erect barriers to entry for local players?

If you narrowed down the single issue that most concerns the public—and hence, the lawmakers elected by the public—it’s problem gambling.

What’s attractive to Japan about Singapore is the latter’s focus on “social safeguards” including the entry fee. It’s likely Japan will embrace the entry-fee concept.

The winner in Japan will be someone who builds not only a strong business case but also a strong community case. In Singapore, it was all about MICE. In Japan, it’s all about problem gambling.