Rising slot hold percentages are driving players away, and revenue down 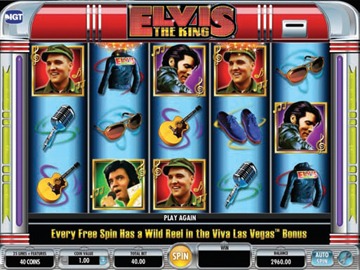 Gaming revenues, and in particular slot revenues, continue to decline in most U.S. gaming jurisdictions. This pattern of decline began at the onset of the recession and has continued even as the economy improved.

Casino operators often cite increases in gaming supply in adjacent states and a slow economic recovery in their markets as reasons for this decline. While the recession certainly affected discretionary spending during the height of the recession, hitting casino gambling hard, the U.S. economy has largely recovered. Gaming revenues, though, have not.

Despite these positive trends, gaming revenues continue to decline. The casinos in Connecticut offer a telling example. While Foxwoods and Mohegan Sun had to endure the addition of table games at the Twin River racetrack, there were no substantial increases in regional slot machine supply. Casinos have not yet opened in Massachusetts and resort casinos in New York are still three years away. Nevertheless, for the first eight months of 2014, Connecticut slot machine revenues declined 7.3 percent from the prior-year period. This pattern was repeated in jurisdictions throughout the United States.

The question that must be asked is, are there other factors at play? What has changed in regional U.S. casinos to cause this shift? Has the gaming experience changed? Has there been a fundamental change in consumer behavior that is discouraging customers from visiting casinos with the same enthusiasm as in past years?

What has changed is the price of those gaming experiences. Slot hold has continued to rise over the past decade. From 2003 to 2013, slot hold in Illinois rose from 6.49 percent to 8.84 percent, a 38.2 percent increase. During the same period Iowa’s slot hold rose by 38 percent and Missouri casinos increased hold by 40.5 percent. This trend can be found in jurisdictions throughout the United States.

The hold percentage of slot floors in U.S. casinos may have reached a tipping point, and consumers may no longer find sufficient value in the gaming entertainment experience.

Slot hold is essentially a form of pricing, and, as with all goods and services, there is a certain degree of price elasticity. Prices may be judiciously increased without pushback from consumers.

There is a point, though, where pricing becomes inelastic, and at that point consumers decide there is no longer enough value in the product to justify the higher price. That is what appears to be happening to slot machine gaming.

To understand how slot machine pricing has changed over the last decade, it is important to understand how technology coupled with economics has changed in the gaming industry. Throughout the 1990s, demand for casino entertainment outstripped the supply of casinos and slot machines. During that period, casinos offered a reasonable entertainment proposition; slot machine hold hovered in the 5.5-7 percent range. Slot products were comprised primarily of stepper slot machines (mechanical spinning reels), and a variety of video poker products.

The latter offered very low hold percentages, and while stepper slot machines had a lower hold percentage than today’s games, their game math could not overcome a certain amount of volatility. It was possible to wager $100 on a dollar slot machine and not get anything in return.

TITO allowed for the elimination of coins on the casino floor. Concurrently, multi-line video reel slot machines, commonly referred to as penny games, were introduced in U.S. casinos. These video reels offered game algorithms that moderated machine volatility. They allowed slot players to stay in the action longer. The elimination of coins allowed game manufacturers and casino operators to increase the number of credits wagered and streamline play.

These two technologies complemented each other and changed the nature of slot machine gaming.

As the popularity of these video reel machines increased, casino operators increased the number of these games on the floor, and the overall hold of slot floors gradually increased. Game manufacturers also moved to develop more exciting games with additional bonus rounds and multi-sensory experiences.

To support more bonus rounds and their game math, manufacturers gradually increased the slot hold of these games. Today, it is not unusual to find penny games holding in excess of 12 percent, even though their average wager is greater than $4.

The culpability of higher slot hold must also be shared with casino operators. On most games, the operator has the option of selecting, within a range, the hold percentage of the game. As casino markets matured from 2004 to 2007, gaming operators needed to find ways to grow revenues. Increasing prices, in the form of higher slot holds, became a go-to strategy. After all, could a customer with $200 to spend really differentiate a machine with an 8 percent hold from one holding 10 percent?

And thus was added another layer of pricing.

Concurrent with the proliferation of video-reel slot machines was the increased use of free play. Free play issued to players in the form of coupons, floor promotions and other means became a way of discounting the price of the game, much like department stores offer coupons on list-price merchandise.

Frequent players who used their loyalty cards were assured of rebates each month. The problem is that, as the slot floor hold rose, new players found it increasingly difficult to play to their theoretical potential, and this is the problem that continues today.

New visitors often play to their budgets but do not stay in the action long enough to achieve their true theoretical value. They get discouraged, do not receive a rebate offer commensurate with their actual loss, and do not return. Each year there is a smaller universe of new players who are converted to loyalists through free play.

The Sense of Winning

While multi-line games offer reduced volatility, the chances of hitting a top line jackpot is diminished, and that is what customers recognize. They recall that in years past they might have hit dozens of jackpots, and now they only win one or two. It is that sense of winning, the chance of hitting a jackpot, which has been lost.

The continued shift to ever higher-hold machines, discounting in the form of free play to an ever shrinking universe of players, and the sense that one can no longer win a jackpot may be driving players to a tipping point where they no longer see value in the gaming experience.

And that can spell trouble for casinos.