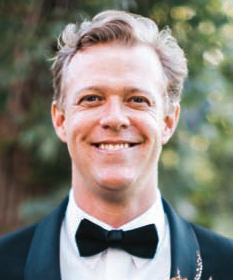 In John Lennon’s “Beautiful Boy,” he sings, “Life is what happens to you while you’re busy making other plans.”

That rings true for Dave Stone. He majored in English and biology at Loyola University of Chicago and planned for a career in the commercial side of pharmaceuticals or medical devices.

But Incredible Technologies offered him an entry-level position.

“I never looked back,” says the Des Moines, Iowa native. “Around the time I joined the company, we began looking into ways to diversify our business. Gaming was identified as a natural path.”

At the time, Stone worked on the amusement side. “I had a shot of moving into gaming when the company was ready to begin placing machines in the field.”

“Jim Esposito and I led our sales effort,” Stone says.

But the two left the VGT project to open portions of the Midwest market for IT’s entrance into Class III casino machines.

“I was hooked on gaming by that time,” he admits.

But Stone left IT to pursue an MBA at Loyola with a concentration in information systems and a graduate certificate in data analytics.

“I knew that I wanted to stay in gaming but wanted to learn the operations side of the business,” Stone says. “That’s when I was introduced to Illinois Gaming Systems and became their director of sales and account management.  I loved that work and the company.”

But Dan Schrementi, then vice president of sales and marketing at IT—and now president of gaming—asked Stone to return to work on the company’s expansion into Canada.

“The opportunity to work with what I consider to be one of the best teams in the industry again was too good to let pass,” he says.

As director of sales for Canada at IT, Stone manages commercial activities in the international land-based markets in Canada and Europe.

“I’m the primary salesperson for these two markets, and I also coordinate internal processes and support for our Canadian and European partners.”

Because these markets are new to the company, Stone also assists Senior Vice President of Gaming Daymon Ruttenberg, with business development efforts.

The impact from Covid-19 on Stone’s job is still being measured.  He found it more of a mental trial. But the organization itself suffered. Revenue fell off and uncertainty proliferated.

“The mental trial came because, as I like to say, I was born to work. When the daily commercial activities dried up, I was left with more bandwidth. During that time, I started working more closely with our senior leadership on analyzing and writing proposals for potential business development efforts and strategies,” he says.

By and large, Stone does not have a mentor. He’s worked to build what he calls his “personal board of directors.” It’s a group of people from wide-ranging industries that are reliable, trustworthy, and knowledgeable about business. But if Stone had one mentor, he would select his late grandfather, John M. Downey, executive vice president of Meredith Corporation for 30-plus years.

“He instilled the importance of education coupled with a strong work ethic, which has been the foundation of any success I’ve had,” says Stone, who relaxes by working with his hands to build vintage Toyota Land Cruisers. “I find working with my hands to be very cathartic.”

In his ideal world, Stone will be with Incredible Technologies for years to come, continuing to help develop and grow the organization.  He has five rules for those interested in a similar career.