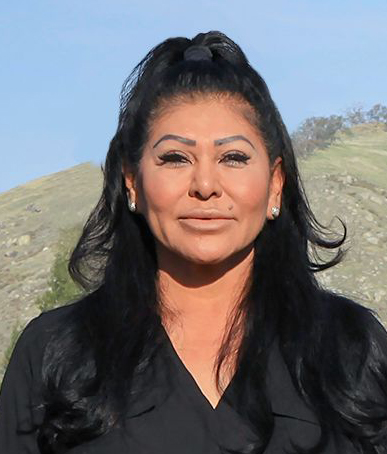 If there’s one thing Brenda Lavell has a lot of, it’s passion. For life, for family, for her job, for her tribe. Her effervescence spills over. So does her determination.

Lavell grew up outside of Fresno in central California. Her post-high school studies began at the Institute of American Indian Arts, thanks to efforts from her high school art teacher. A severe knee injury while playing softball required surgery and Lavell transferred to Fresno City College. Once healed, she worked three jobs to pay for college, including McDonald’s.

Lavell credits McDonald’s for her success in the hospitality industry. At McDonald’s she had to work fast and work efficiently while pleasing guests, same as in the casino hotel business, she says.

She rose to vice chair of the Tribal Council. The council asked Lavell and her uncle John Burrough to work on acquiring a local golf course.

“We took the challenge, researched, traveled, negotiated and presented our recommendations for a proposed purchase that would complement the growth of the tribe,” Lavell says.

Since 2008, Lavell has run Eagle Springs Golf and Country Club as executive director. The tribe appointed her to the Economic Development Committee in 2012.

The tribe has since invested in a new education center, police department, government offices, a medical center, a tribal museum and housing. All of which means jobs, she says.

Amid this, the tribe, like the rest of the world, had to deal with the Covid-19 pandemic. Lavell expects the aftermath to linger.

“I believe all tribal nations and surrounding communities will see the repercussions for years to come,” she says. “Like many tribes, we have opened our health care clinic to members of our staff, their families and members of our communities for vaccines and booster shots.”

Nothing should be a problem when you have a strong team to work with the mentality of “let’s make it happen,” says Lavell, who credits the casino management team and executive team for brainstorming with the Tribal Council and casino’s board of directors on dealing with the pandemic and the ongoing battle of employment.

For Lavell, anything is possible if you have the passion and compassion to find solutions to any obstacle. “It’s about finding the positive in everything.”

Her family has provided a support mechanism: from her late father, Bertram James Lavell, to Marian Burrough, the grandmother who raised her and provided guidance and discipline, to her grandfather Lester Burrough who famously told her “Get up, daylight’s burning, you have things to do and people to meet; you’ll have time to sleep when you’re six feet under.”

Lavell has these words of advice to her younger self: “Learn your lessons from mistakes; you are going to make them. Recognize it, fix it and move on.”

Meanwhile, Lavell is working on fine-tuning her golf game. “If anyone would like to join me, I know an awesome course.”