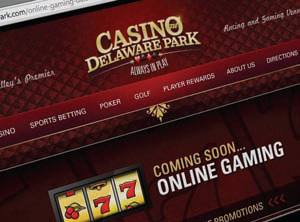 The tiny state of Delaware is known as “The First State” because its delegates were the first to ratify the U.S. Constitution in 1787. In 2013, Delaware is again the first state—in this case, the first to offer full-blown internet gaming.

In October, Delaware executed a “soft launch” of its internet gaming program, opening up a full slate of real-money casino games online to around 75 people who had registered through the websites of the state’s three casinos. According to Ed Sutor, CEO of the Dover Downs racino, the restricted live test of the internet casinos lasted “about a week,” after which players were able to register to and play casino games for real money online, as long as they are within the borders of the Delaware.

While Nevada was the first overall to offer iGaming, that state’s program is limited to internet poker. In Delaware, players will be able to access and wager on a full slate of casino games, including slots, roulette, blackjack and video poker in addition to the standard Texas hold ‘em variety of poker.

On November 26 (after press time), New Jersey followed Delaware with its own full slate of casino games online. New Jersey staged a similar test period of one week to assure the system works smoothly.

Sutor says players have been able to warm up to online play by registering at the websites of Dover Downs, Delaware Park or Harrington Raceway and answering a few basic questions, but the security questions will be much more extensive to register for online play. He says Delaware has a system in place to verify a player’s age by matching address records with state driver’s license records.

The games on the real-money sites will be the same as those that continue to be available for free-play now. Dover Downs’ site links to IGT’s DoubleDown Casino on Facebook, which includes a variety of slot games, video poker, roulette, blackjack, bingo and competitive poker.

Sutor said the target market for Delaware iGaming is young adults, ages 28 to 35, who do not go to casinos currently. He said that while the overall revenue expected—around $5 million this fiscal year—is not large, the hope is that the gaming sites will create new gamblers, and thus new business for casinos that have been struggling as new competition has come on line in Maryland and Pennsylvania.

For now, though, the launch of internet gaming “is another chapter in Delaware’s history of staying competitive in the gaming industry,” Finance Secretary Tim Cook told the News Journal. “It is something that has to grow but we’re in a fiercely competitive environment here. This is just one more opportunity for entertainment.”

Cook, like Sutor, said the goal is to create new gaming customers, rather than having current players at brick-and-mortar casinos go and play online. He said migrating those increasingly valuable brick-and-mortar customers to the internet would be “a step back” that would take business away from the racinos.

He added that iGaming will be “just another source of income to an industry that has been knocked on its heels by the competition by neighboring states and the sour economy. We want to protect our brick and mortar and our investment and jobs.”