First conceived as the savior of horse racing, racinos become the cash cow for non-racing companies. 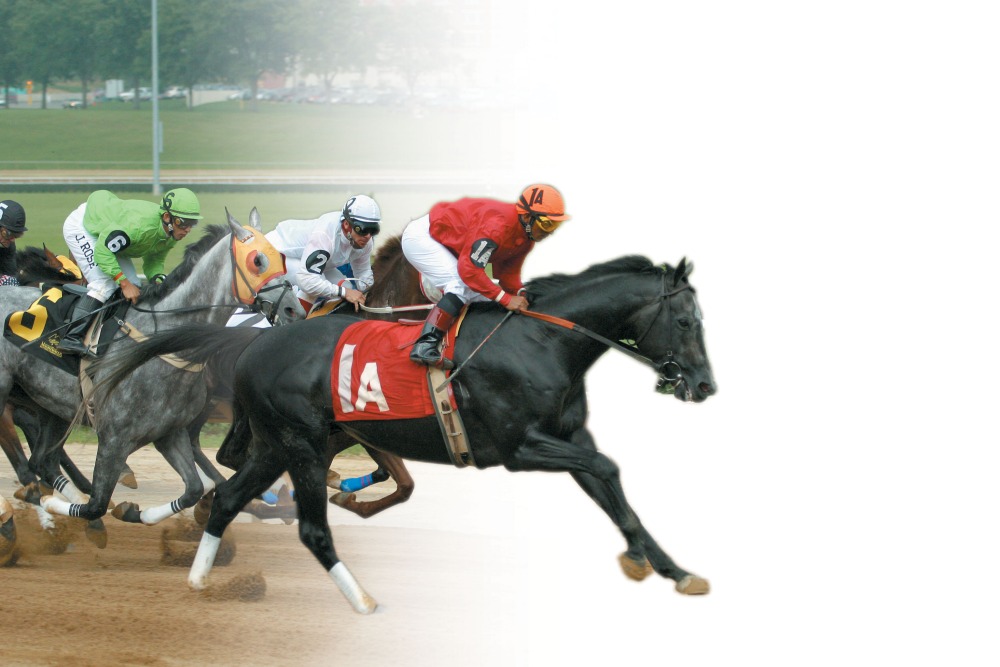 The history of racino gaming in the United States is one of gradual steps, from VLTs to slot machines to table games, all producing revenues that were designed to revive the sport of horse racing.

Several economic analyses of the racino industry may give some insight into a number of economic issues, which the industry now faces. To better understand the reason for the rise of racetrack-casino (racino) gaming in the United States, consider that inflation-adjusted parimutuel horse-race wagering in the United States has fallen 52 percent from its peak in 1977 through 2006. This decline in wagering has occurred even with the introduction of market-expanding measures such as betting concurrently on live races being conducted at a racetrack and at other in-state and out-of-state locations which receive simulcasts of those races.

Reasons for the decline in wagering are well-known and include the introduction and growth of casino and lottery gaming throughout the United States.

The map above indicates states which currently permit state-regulated racino gaming. Since to be eligible for racino gaming, a state must already have parimutuel horse-race wagering, all of the states indicated in yellow on the map are potential future candidates for racino gaming.

The initial premise behind permitting casino gaming at racetracks in states with parimutuel racing and wagering was to preserve and promote horse and dog racing. The parimutuel racing industry was recognized as having been adversely affected by competition from other forms of gaming. Specifically, provisions were included that required a percentage of slot machine revenue to be allocated for payment of purses, to owners of racing animals at the racetrack, and in some cases breeders of racing stock in the state in which the racinos were located.

Purses are the lifeblood of the racing industry, providing revenue to horse owners for their racing operations and to breeders through an increase in the value of their breeding stock. For the wagering customer, purses are a measure of the quality of the racing product on which they bet. The theory is that an increase in purses leads to an increase in wagering and racetrack revenue.

Evocative Impact
Sufficient time has passed since the introduction of racinos to draw conclusions as to attaining the states’ goal of preserving and promoting the racing industry.

The impact of a large increase in purses on jobs and spending provided by the horse race industry can be illustrated using Penn National Gaming’s Charles Town racino in West Virginia as an example. A study of the horse-racing side of that racino documented the impact of the Charles Town race horse industry on the local economy in 2005. From 1995 through 2005, purses at Charles Town increased dramatically from $27,000 per racing day to $166,000, largely as a result of the contribution from slot machine revenues.

The increase in purses had a very positive effect on the race horse industry there (racetrack, horse owners and trainers, breeders). The industry was found to account for $173 million in spending and 3,700 full-time year-round jobs in the West Virginia economy. In addition, the number of race horse breeding farms increased from 55 in 2000, when a previous economic impact study was conducted, to 140 in 2005. This has resulted in preservation of green space, and a tourist attraction in the area.

Statistical analysis of racino betting has shown that when slot machines are introduced at a racetrack, parimutuel wagering decreases significantly, on the order of 20 percent to 40 percent. This indicates that, on net, existing racetrack customers and new customers attracted to the racetracks will bet on the slot machines at the expense of parimutuel horse-race wagering.

On a more positive note, betting on simulcasts of a racino’s live races to other locations around the country has been found to increase significantly when purses have increased as a result of funding from slot machine revenues. We have also found, through statistical analysis, that betting on slot machines increases significantly when live horse races or simulcast horse races imported from other racetracks are being conducted at the racetrack. In fact, slot machine betting may increase enough that the increased revenue pays for purses at the racetrack.

More is Better
Another issue of current interest to the racino industry is the pursuit by racino operators of the expansion of the gaming product to include table games. Beginning in 2004, table games such as poker, blackjack, craps and roulette were permitted at racinos in Iowa subject to local option. West Virginia was the next state to permit table games at racinos beginning in 2007. Most recently, two other states, Delaware and Pennsylvania, authorized table games at racinos. It is likely that more states will follow.

Statistical analysis has shown, however, that slot machine wagering decreases on the order of 8 percent to 13 percent in the presence of table games. On the other hand, total revenue has been found to increase when table games are introduced.

If the shares of total gaming revenue going to government, racetracks and purses are the same from table games as they are from slot machines, then each stakeholder will benefit equally from an increase or decrease in total revenue. This is the case for the Iowa racinos, where no distinction is made between revenue distributions to stakeholders from table games or slot machines. In fact, all regulated casinos in the United States distribute revenue to stakeholders from gross (slot machine plus table games) revenue.

So, while the introduction and growth of racino gaming has been a mixed blessing to the race horse industry, it has been a boon to the casino business. It has had the intended effect of increasing purses with resulting increases in spending, employment and preservation of green space by the industry in state and local economies. Further, the presence of live and import simulcast races at racetracks has been found to increase slot machine wagering significantly.

On the other hand, on-track parimutuel wagering has declined in the presence of slot machines and table games. In the long run, both racing industry entities and racino operators must find ways to increase wagering and resulting revenues from the parimutuel product for racing to survive. Potential growth areas such as supplying an attractive live race product to internet wagering venues hold promise for racing’s future, depending on the share of revenue going back to the industry.

Since we know that live racing both benefits the race horse industry and augments gaming revenues at racinos, finding ways to attract more customers to the racino using the live race product as a marketing tool has a two-sided benefit. Significant research is needed to investigate these and other potential areas of growth that will result in preserving the long-run future of horse racing as intended by the original enabling racino legislation.