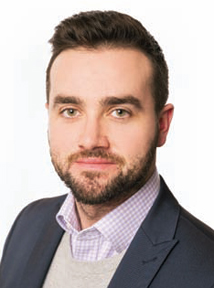 Max Meltzer loves sports. He’s a season ticket holder for the Crystal Palace in the English Premier League. So it comes as no surprise that Meltzer began his career as a sports agent.

“I am hugely proud of what I achieved with Simply Sport, having devised the business plan through to signing players like Oliver Burke,” he says.

It’s also no surprise that he went from repping athletes to working with companies involved in sports betting, first with Press Association and now with Kambi, where he serves as chief commercial officer.

“Kambi combined two of my greatest interests, sports and technology together,” Meltzer says.

With Kambi, Meltzer leads sales teams with a focus on partnering with tier-one bookmakers and casino companies, leaders in the field, such as Penn National Gaming and Rush Street Interactive.

“I oversee the planning, organization and execution of Kambi’s commercial strategy, including sales and customer retention strategies,” says Meltzer, whose career received a boost from one mentor in particular.

“The one person in our industry who has contributed hugely to my leadership style is Andrea Owers, who is now at Sportradar. She was my original manager when I joined Press Association about six years ago,” says Meltzer, who received a bachelor of arts in business and a master of laws, both from the University of Durham.

From Owers, Meltzer learned about setting clear targets, trusting in the ability of a team to deliver and giving guidance when needed.

“She elevated my own leadership capability through her demonstration of what a good leader is,” he says.

Owers’ influence speaks to the need for more women in the field, he says. “We would be a better industry if we spent more time looking at and investing in the diversification of the workforce.”

The coronavirus pandemic has had little impact on Kambi’s operation, thanks to an increased interest in games such as table tennis and darts.

“Kambi has been trading these sports for a long time. The diversity of our offering and the sports we trade is a key string in our bow and has meant that our revenues have not been as extensively hit as others in the sector,” says Meltzer, who relaxes by playing golf.

Kambi posted revenue growth of 33 percent in Q1, in spite of the lack of major sports from mid-March. And now, major competitions are returning to action, he says. But compared to the U.K., the sports betting market in the U.S. is still in its infancy.

“This doesn’t mean the technology is in any way primitive,” Meltzer says. “The sports betting Kambi provides to our U.S. partners is hugely advanced, informed by and benefiting from 20 years of experience across Europe and Latin America.”

The future for Kambi will be invested in large measure in the U.S., he adds. “As we continue to build out our Philadelphia office, it will be our American employees who help us innovate. I believe some of the most amazing innovation in relation to sports betting will emanate from the U.S.”

While the sports betting industry seems extensive at first glance—particularly with the addition of the U.S. market—it can be quite small, Meltzer says. For that reason, he adds, “my advice to those getting this into the industry is to really value every single contact you make. The contacts are likely to assist you in one way or another later on.”