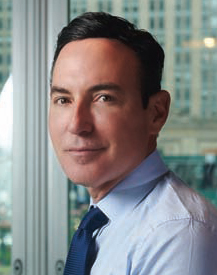 Every investor in the gaming industry knows the name Jason Ader. As a gaming analyst for Bear Stearns in the 1990s, he was front and center in advising where and when to invest your money. And in the 2000s, his reputation as an activist investor has led to several sales, buyouts and mergers.

He credits his first boss in the financial field for his gaming exposure.

“I worked for a money manager in the ’80s, and he was focused on growth industries,” Ader says. “There were two industries that he was really looking at—gaming and the cellular telephone industry. Excalibur was about to open, ushering in the new resorts on the Las Vegas Strip, and the Mashantucket Pequot tribe had just received the OK to open a casino, so there was this potential for massive growth in the tribal area.

“And the first riverboat casinos were approved in the Midwest. This money manager saw the potential for gaming to move well beyond the two locations where it already existed. Both industries have done pretty well since then.”

Moving to Bear Stearns was also a pivot point in his life. The company, which is now owned by JP Morgan Chase, was a seminal incubator for the gaming industry.

“I learned a lot at Bear Stearns,” says Ader. “(Then CEO) Ace Greenberg taught me a lot. He provided a lot of the capital to the Atlantic City casino companies in the ’80s.”

As his notoriety grew as the leading gaming analyst on Wall Street, Ader knew he wanted more.

“I wanted to move from being the gaming expert to becoming a principal investor, and Bear Stearns allowed me to transition within the firm, so it was a great situation,” he says.

After working as an investment principal for several firms, Ader formed SpringOwl Asset Management to take advantage of opportunities in the online gaming space.

In his role with SpringOwl, Ader has been described as an “activist investor,” a description he disputes.

“The press has labeled me that, but I think that’s a mischaracterization,” he says. “Maybe outspoken is a better word.”

He says he’s helped many companies increase valuation by working with them, not against them.

“I love working with management teams constructively and helping them build shareholder value, but there is potentially a moment when shareholders can question whether management has the shareholders’ best interest in mind. In that context, I’ve never been afraid to express my views.”

Playing by the Rules

One of the first investments made with SpringOwl was with Amaya, the owners of PokerStars and later known as the Stars Group. This is where Ader met Rafi Ashkenazi.

“He is an amazing leader, and did a great job transforming the Stars Group,” says Ader.

After the Stars Group was sold to Flutter, Ashkenazi became COO of Playtech, and SpringOwl took a position with that company. Ader says he was impressed with Playtech’s technological abilities.

“Playtech stood out to me as being one of the most misunderstood and undervalued gaming companies with amazing B2B technology,” he says. “That technology processes 1 billion bets every day with a perfectly stable architecture with superior payment systems.”Playtech, however, had previously done business with gray-market gaming, and has had trouble getting licensed in highly regulated jurisdictions. Ader was able to help the company clean up, and today Playtech is the subject of a bidding war between Australian slot supplier Aristocrat Leisure Limited and a group that includes ex-Formula 1 chief Eddie Jordan and industry veteran Keith O’Loughlin. Ader says he doesn’t play favorites.

“The highest offer is always the best,” he says, “but I don’t mind taking shares in the acquiring company as well. We loved when we were involved in the bwin-party acquisition by GVC, which is now Entain, and we’ve done very well there. I’d say the same for the Stars Group when it was acquired by Flutter where the stock price doubled in the first year.”

Ader is a little cautious about the online gaming market, particularly the sports betting component.

“My yellow flag is that there’s been a lot of price inflation,” he says. “There are so many companies in the marketplace and an exceptional amount of marketing spend. It’s really not a profitable business right now in the context of the U.S. sports betting industry. There are a few standouts including Flutter and bwin in terms of how much cash flow they generate, but it’s still very early days in the U.S. and the potential is extraordinary. I expect a continued correction downward in the short term.

“I much prefer right now the traditional gaming business—the land-based casinos. We’re starting to see the end of the pandemic, and I can see a major travel recovery.”

And that includes the Asian gaming market, where Ader is now leading his first effort with a SPAC (special purpose acquisition company) in an IPO of the Okada integrated resort in Manila.

“As soon as the Asian markets open up and we get through 2022, and ’23, we’re likely to see record numbers similar to what we’re seeing today in the U.S. market,” he says.