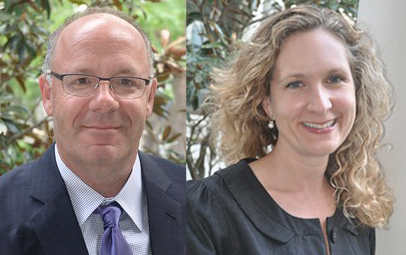 When Virginia legalized casinos in five economically disadvantaged locations last year, Danville was the only city that went through a request for proposal (RFP) process to find a developer for a casino in that town.

The city hired Convergence Strategy Group and principals Scott Fisher and Suzanne Leckert, to handle the process, which just ended with the city choosing Caesars Entertainment out of seven original bidders.

Fisher and Leckert explain how the process was developed, who they worked with and why Caesars was deemed to have the most compelling plan for a casino at an abandoned industrial site. They spoke with GGB Publisher Roger Gros from their offices in New Orleans in June.

GGB: Why did Danville decide to issue an RFP rather than simply negotiate with one company?

Scott Fisher: There are so few opportunities in the country to develop some great properties in relatively non-competitive markets. While Caesars is a great company, by issuing an RFP Danville was able to see proposals from many other great companies to bid against them. The city got to see some great opportunities through the bidding process and ended up getting what we think is a really attractive plan by Caesars.

In addition, the city manager wanted to make sure they had an open and transparent process, so there could be no allegations of a backroom deal with a gaming company, and they clearly accomplished that.

What’s the next step in the process?

Suzanne Leckert: Danville will hold a referendum in November. While we’ll be providing some information, the campaign is mostly going to be handled by Caesars. The city itself is being neutral. They’re not advocating for or against having a casino, they just want all the information to be out there, even though the fiscal impacts will be substantial.

What was the city looking for in the proposals? What did Caesars propose that put them over the top?

Leckert: When we first got involved, the city manager of Danville, Ken Larking, told me he wanted to put any revenues they get from casinos directly into education for the town to make Danville’s school system the best in the state. So the city was most interested in the tax revenues it would earn off any casino project.

But they were also looking for redevelopment of brownfields, these abandoned industrial sites that are a very visible sign of the city’s decline. The Caesars proposal did just that, proposing a development at the Schoolfield and White Mill sites. The city also realizes it can also use some of the Caesars money to incentivize other developments on these sites.

Why is Danville such a good market, according to your report to the city? It is on the border with North Carolina, which has a couple of tribal casinos.

Fisher: We started by doing a market assessment and arrived at a pretty broad range of what the market potential was, depending on the scale of the resort that was built. But we also did an alternative model, which recognized that North Carolina as a state is also looking into the possibility of allowing commercial casinos.

Since the market potential for Danville was going to be driven very much by North Carolina residents, especially in the Greensboro and Raleigh/Durham area, that could chop the revenue potential in half. But the Cherokee properties really don’t have any overlap of the market for a Danville casino.

Caesars is in the middle of a purchase by Eldorado. How did the city take that into account when considering that application?

Leckert: We requested information about the merger to find out if Eldorado would still be on board at the end of the day. We received assurances by Eldorado and Caesars management that this project has the full support of Eldorado, and they remain committed to it going forward.