Casinos will be permitted in new hotels in Cancun, Puerto Penasco and other popular spots. 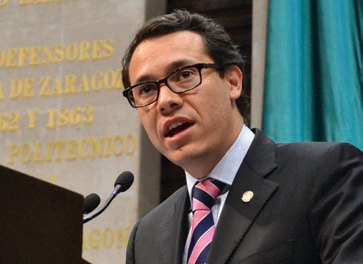 A lawmaker in charge of overseeing Mexico’s gaming reforms said full-scale casinos will be included in the new legislation.

“Whether we like it or not, gambling and games of chance are a cultural and historic reality of the Mexican people,” said Fernando Zarate Salgado, president of the gaming commission in the lower house of the Mexican Congress. “In this way, the new federal gaming law will protect the rights and liberties of Mexicans.”

The new law will expressly allow casinos in new hotels built in tourist areas such as Cancun, Puerto Penasco, Puerto Progreso and the Baja Peninsula, and these will be granted tax incentives to help boost the economy by driving foreign visitation and spending.

The legislation assigns authority for regulating the industry to a new government agency guided by a “consultative council” formed by representatives of government, civil society, educational institutions and the gaming industry, according to Zarate.

Zarate said the more than 200 articles contained in the legislation have been hammered out and agreed upon by all seven political parties represented in the Congress.

In attempt to clean up abuses in the current system, permits to run electronic gaming venues and betting parlors will be reduced from 25 years to 10 years and permit holders will be limited to one property per permit. The legislation also requires professional training for all gaming staff and full disclosure of ownership information. No venue will be permitted within 1,500 feet of schools, churches, archaeological zones, historic sites, hospitals, shelters, parks and national or natural reserves.

“The future of gaming is online, not in the casinos,” Zarate said.

Critics say the reforms will lead to a proliferation of casinos and promote criminal activity. Zarate conceded that existing casinos have been covers for other criminal activities like money laundering and drug trafficking, but said that the new rules will bring corruption under control.

Meanwhile, Mexico’s Interior Ministry has suspended the licenses of four Mexico City casinos ahead of the expected passage of the new law designed to crack down on lax enforcement of gaming regulations.

Caliente Casino, Casino Emotion, Casino Life and Palace Casino reportedly were given one week to prove they have valid permits to operate and have not violated local gaming laws. The ministry and local police are said to be planning similar inspections throughout the city in the coming weeks.