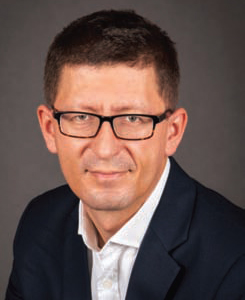 Casino gaming has struggled for years to find the secret of how to incorporate esports into its attractions. The industry has tried lots of strategies—setting up esports lounges, building esports arenas, hosting esports tournaments, and yes, even betting on esports events. Results have been uneven, but Marek Suchar, the leader of esports betting firm Oddin.gg, thinks there’s a general misconception of what esports is.

“When people refer to esports they’re really just thinking about (video) gaming in general,” he says. “Yes, in gaming there are all demographics playing it, including children. That is not necessarily the case for esports. The esports players are older and more sophisticated. It’s more of a cultural thing. When you think of esports, you think of Counter Strike, DOTA and League of Legends where the participants are generally older because these games came out 10 or 15 years ago and the people playing them grew up on the games. Now, they’re at least 18 years of age and older.”

Suchar also warns that esports largely exists online, and to make it an in-person event, there needs to be a solid plan.

“Esports is mainly an online thing,” he says. “People play the game and watch the game online. At the same time, esports is a social gathering and betting can be part of it. So casinos can actually position themselves that they can offer esports as entertainment. Most casinos, especially in Las Vegas, are all about entertainment. It’s a time to watch and play and possibly transmit it globally, and also be able to bet on it. This way the casinos can become attractive to the younger generation and capture the imagination of the younger generation.

“Casinos need to have a consistent and long-term strategy.”

To attract young adults to their properties, Suchar says casinos should think local.

“An esports program must be much more concentrated on a local presence, with local content,” he says.

“Oddin is a B2B esports betting provider,” he says. “Almost 90 percent of the betting volume comes online. We provide the odds for the contests by capturing the data from millions of games. We explain how you can monetize and engage the players. Events that happen globally—CS-Go, League of Legends and the professional leagues—can become a profit center for a casino by engaging the bettors and keeping them interested in the games. We can help build the brand, CRM and set the lines. We have clients in Australia and Spain, and recently applied for a license in New Jersey.

Suchar says his company is unique because it has no player exposure; its only task is to bring esports betting to its gaming customers. He says that Unikrn, an esports betting company that was recently acquired by Entain, is unlike Oddin because it’s a B2C operator, not a platform provider.

“It would be an example of a client, not a competitor,” he says.

Casinos are also concerned that esports has a vulnerability to match fixing because of the nature of its electronic game play. Suchar says there are protections in place to prevent that.

“Oddin is a member of ESIC, the Esports Integrity Commission,” he says. “That organization focuses on the integrity of esports by monitoring everything that is happening in the industry. Oddin is there to ensure that all games are fair and transparent.”

No matter what you feel about esports, says Suchar, you need to be prepared for it.

“Esports betting is happening whether you like it or not,” he explains. “Our vision for the next couple of years is to make the betting safe. By bringing the betting from the offshore sites to legal sites, we can make that happen. We can prevent underage gambling, encourage safer gaming, and bring integrity to the process. In that way, esports is not that much different than regular sports betting. Regulators should not be reluctant to support it because it can bring clarity and integrity to the process by making it mainstream.