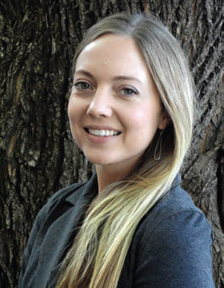 If anything in the gaming industry can be credibly compared to squaring a circle, it’s the tribal land-into-trust process, which can be a byzantine endeavor. Just consider the stakeholders involved: the applicant tribe and associated officials and agencies, the host city and host county agencies, state and federal agencies, opposing tribes, and concerned local landowners, businesses and members of the general public.

If anyone can square the circle and bring light to a project, it’s Ryan Sawyer at Analytical Environmental Services (AES).

Sawyer has a B.A. in environmental studies and geography from University California Santa

Barbara and AICP (American Institute of Certified Planners) certification. As project manager at AES, Sawyer has had tremendous success ensuring that trust applications meet the standards of the environmental review process under the National Environmental Policy Act (NEPA).

Since joining AES in 2005 as an environmental planner and analyst, Sawyer has worked on more than 30 tribal gaming development projects across the country. Her primary role is to facilitate compliance with environmental laws at the federal level, and those in tribal-state compacts.

One of her most memorable projects involved the Spokane Tribe of Indians’ Airway Heights casino, which was the first Environmental Impact Statement (EIS) Sawyer managed from start to finish. It required extensive coordination with multiple stakeholders. “The diverse perspectives and input from local resource agencies really added value to the process,” she says, “and helped to reduce the environmental footprint of the project.”

Her work also involves intensive public outreach. An EIS process begins with a scoping document, which describes items to be addressed in the analysis. Sawyer works with the Bureau of Indian Affairs to coordinate public hearings, where the scoping document is made available for public scrutiny. During a 30-day comment period, stakeholder organizations, businesses and individual citizens may request that additional issues be addressed by the EIS. Public comment periods are also open for draft and final versions of the EIS.

The high-profile nature of tribal gaming projects means that EIS documents can elicit hundreds if not thousands of sometimes conflicting comments. The task of collecting, collating and addressing diverse perspectives is challenging, but “absolutely essential” to NEPA’s mandate that the public has informed access and input into federal agency decisions that could affect the environment.

Sawyer is encouraged by recent executive orders that have tended towards efficiency and expediency.

“We are seeing more projects moved through the NEPA environmental review process rather than waiting for extended periods of time for reviews to be completed,” she says.

Sawyer credits much of her professional development to working with other driven and talented individuals in the industry, including David Zweig, AES president, and various tribal law and NEPA attorneys, including Maria Wiseman, Chad Broussard, Susi Schaeffer, Scott Crowell, Mike Anderson and Matt Adams.

“I am very grateful to all of them for the guidance and mentorship that they have provided,” she says.

Outside her career, most of her energy goes to her family and raising two strong, independent little girls.

“We love getting outdoors and going on hikes or camping on the weekends,” she says. “I think the more exposure to nature children get, the more they inherently learn to value and respect it.”