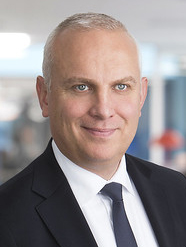 The last several years have been challenging for Per Jaldung and the European Casino Association (ECA), which he chairs. While gaming in Jaldung’s native Sweden hasn’t changed much, the rest of Europe has experienced a sea change, both in online and land-based gaming. Jaldung explains how regulatory changes have affected his members, who focus largely on land-based casinos, and why issues with online gaming, bookmakers and gaming taxes are beyond his control. He spoke with GGB Publisher Roger Gros at the ICE trade show in London in February.

GGB: Give us a little background on the European Casino Association.

Per Jaldung: The European Casino Association has been around for about 15 years. It started as a loose network of casino operators, and has developed into more of a professional trade organization, year by year. It is built on the membership of 30 European countries. It’s more than just European Union countries. It’s also a couple of countries outside the European Union. But we are all united in the common interest of the land-based casino industry, and the regulation of this industry. We speak for about 1,000 casinos in Europe.

I don’t know the number, but it does not surprise me. The absolute majority of articles are negative at this point. And most of the time, the articles are about lack of responsible gambling and money laundering problems. It’s not only on the local level, where the regulators are working with the industry, it’s also on the pan-European level, where there are different opinions on how gambling should be regulated.

There are some parts of the industry, like the online industry, that would like to have a harmonization and a European licensing system, where they can operate across all countries. But the regime right now—the decision that’s been made in the European Union—states very clearly that each country has the right to regulate and make laws about gambling, on the national level. And that’s a principle the ECA defends. We want each country to be able to manage its own gambling, depending on the culture, history, and relation to gambling.

A complicated part of the European industry is that there are many different parts. You represent land-based casinos, but as you mentioned, there’s an online industry, a betting-shop industry, not to mention the lottery, which is always a very big part of the industry here. Is there a chance everybody can get together and speak with the same voice?

On some subjects, for sure. You know, we are open to speaking with everyone, and also to debate with everyone. We don’t need to agree on everything, but certainly on some areas we definitely can join forces. We all agree about fighting crime in the industry. Nobody wants that.

And responsible gaming? Is everybody on the same page with that?

Everybody’s on the same page, but then it’s a question of ambition. I would say that in the land-based industry, which goes 100 years back, we have a lot of experience in this field, and we have worked with it for a very long time. I know there are companies also, in other parts of the industry, that do a tremendous job in this area.

But there are also examples where this is not sufficient at all. And it’s more window-dressing and whitewashing going on. But the politicians and the regulators and the media, they can see through this.

The American Gaming Association has reached out to tell the good news about the industry—the taxes produced, jobs created, community involvement, those kind of things. Has the European Casino Association endeavored to do that as well?

Yes, we have, actually—we’re in the middle of an information campaign right now. I really think that the land-based, regulated and licensed industry has done a tremendous job creating value in society. Not only job opportunities, but also a lot of tax money, or surplus, if it’s a government-owned company, which it is, in some cases.

So, a lot of times the casino in a community is really an economic and financial motor, with a lot of different services that it attracts.

In the U.K., there seems to be a pretty big crackdown going on, and a lot of fears of over-regulation that will impact all parts of the industry, not just the casino end. How are the regulators approaching that, and how are you approaching the regulators?

We are very happy to consult regulators, lawmakers and other stakeholders, and we do that in a lot of different cases. We are all involved in a lot of policy work, in the EU institutions, with good contacts. And we feel that they are listening to our voice.

We are not trying to fight regulation in any way. We need regulation. But we need fair regulation, a level playing field, and the respect of the law. That’s all. Everybody that has a license, we are happy to talk to and work with anyone, for the good of this industry.