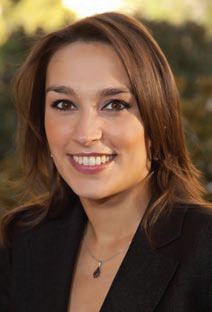 To say Alja Halleran comes from a unique background is a colossal understatement. Born in the Netherlands, she has lived in six different countries: Holland, England, Luxembourg, Greece, Italy and the United States.

In looking at her current position alone, one would likely not guess that her background actually began in European Studies at the University of Amsterdam, where she acquired both a bachelor’s degree and a master of arts. It would also not automatically be deduced that her college-era employment ranged from shoe sales to executive assistant work and environmental consultancy. Flash-forward to present day and she’s director of human resources at Bellagio.

Halleran’s career journey began after graduating from college, first as transportation office manager for NBC Olympics, Inc. in Athens, Greece, then as booking coordinator for the Torino Olympic Broadcasting Organization in Turin, Italy. She then made the gutsy decision to change industries entirely, determined to get a job in gaming even if it meant starting at a line-level position and working her way up.

After moving to Las Vegas in 2006, she applied for job after job in the gaming industry, but received no response or interest, given that employers were skeptical as to how her education or prior work experience could lend itself to the positions she applied for. After many closed doors, Halleran’s big break finally arrived when the Signature at MGM Grand hired her on as a front desk agent in 2007.

Halleran’s enthusiasm and drive served her most as she quickly determined how to amass more responsibilities that would broaden her skill set. Volunteering for special projects, and joining councils, committees and strategic planning teams, she worked day in and day out by one motto: “How you show up is everything.”

In hindsight, Halleran is grateful to have started from the ground up, as it offered her a different perspective once she reached a leadership role. She also credits mentors like Laura Lee (regional senior vice president, human resources, MGM Resorts International) and Mary Choi Kelly (senior vice president, talent and organization effectiveness, MGM Resorts International) for her current success, still calling them for occasional career advice.

Also strongly supported by the senior leadership at Bellagio, she appreciates how much MGM values its employees and their feedback, committed to giving them every opportunity to succeed.

Halleran obtained her certified professional in learning and performance (CPLP) certification in 2011, a long-pursued goal that boosted her credibility even more. After having mentored a number of junior managers, she strives to be one of the internal coaches for the young professionals at MGM Resorts International, and to help them achieve their own career goals as they become more effective leaders.

When asked today what her biggest piece of advice is, she offers, “Willingness to learn is key. Hard work is the reality, and success looks different for everyone. It’s not always about moving up. It’s about your level of fulfillment in what you’re doing.”