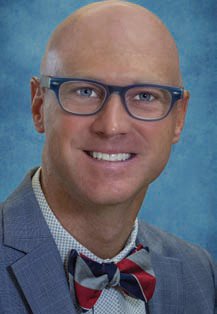 Mick Ingersoll began his career at Penn National Gaming, where he spent nine years immersing himself in the industry. At just 22 years old he was advised by one of his mentors—Billy Smith, who was player development manager at the time—that he should go into player development.

Heeding that advice, Ingersoll began working as a casino host, and with his strong desire to learn, he attended dealer school at night so he could better understand table games. He feels strongly that taking the initiative to expand your knowledge and comprehension of the industry not only makes you better but helps you to stand out and get noticed.

While he enjoyed working for a casino property, Ingersoll realized it limited him to engagement with only one team. This motivated his switch to the vendor side of the industry, where he joined VizExplorer as director of gaming operations and international customer success. He says that move had the biggest impact on his career, enabling him to work with hundreds of teams at once.

Ingersoll recently transitioned from his role at VizExplorer to become senior manager, education at Atrient. He also continues to conduct his own research, which has opened doors for him to host webinars, engage in public speaking and write articles. He’s taken his experience and endeavored to connect with other young professionals in his organization—to be a source of career development for them. He tries to introduce them to as many new contacts as possible to help build their networks.

Ingersoll is a firm believer in educating yourself in all aspects of the industry, regardless of your particular position. “Jump in, immerse yourself, and get exposure to everything you can. If you work in database marketing, go learn how slot machines work. If you work in slots, learn how the hotel operates,” he says. “The more you make the election to understand, the ampler your opportunities will be to grow.”

He encourages young professionals to research startups and small companies, which offer amazing opportunities to gain experience in multiple areas, and to have some autonomy. “In tech and other small organizations, you can really shape your own role and advance rapidly.”

Appropriately, then, when asked about the industry trends that are opening doors for emerging leaders, his response was an enthusiastic, “TECHNOLOGY!” He anticipates that AI will get more sophisticated and that algorithms running the industry will evolve to levels unimaginable. “They have such an advantage in understanding the future of our business… I’m jealous of their frame of reference in that regard,” he says. “Take full advantage!”