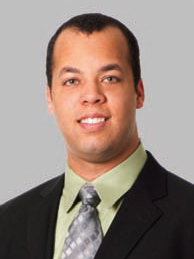 Harry Jackson III sure plays a mean pinball. In fact, he says, the International Flipper Pinball Association considers him world-ranked in the competitive arena.

So no surprise that in Jackson’s day job, he provides legal services for a gaming industry centered on slot machines, sometimes from companies that began as pinball manufacturers. Companies like WMS Gaming and Bally Technologies, now Scientific Games.

An Upper Deerfield, New Jersey resident, Jackson graduated from Rutgers University law school in 2012, and in the summer after his second year, worked at the Fox Rothschild law firm. That led to a job in the litigation department.

“About two weeks in, the chair of the gaming practice group asked if I could assist with a few matters, as the department was busy,” Jackson says. “It’s now eight years later, and we still haven’t slowed down.”

Jackson helps clients meet gaming regulatory and compliance requirements, and also assists with alcoholic beverage licensing and sweepstakes and promotional campaigns. “I enjoy helping our clients bring their projects to fruition, whether it’s a slot machine manufacturer rolling out a new product, a new sportsbook launch, an internet gaming operator going live or even opening up a new casino resort.”

Covid-19 has slammed the casino industry and the legal advice end, too. “We’ve adapted,” says Jackson, who now renders assistance to online gaming operations, which have seen a surge in growth during the turbulent period.

A member of the Nanticoke Lenni Lenape Tribal Nation, Jackson serves as secretary of the tribal council. Interestingly, his tribe has a law barring operation of any business that profits from “vice”—including casino gaming.

“My job and my heritage could not be further apart,” he says.

That doesn’t mean his business can’t intersect with tribal casinos. “I assist with reaching out to the tribal regulatory agencies, and I’m interested in taking a more active role in legal matters involving Indian Country.”

As a new lawyer, Jackson had to overcome his feeling that the legal profession resembled a social club, “one where everyone has known everyone for decades, and you weren’t invited to the party.”

But with the introduction of sports betting and esports, a younger generation has made its mark. “That’s very exciting to me.”

“I also need to mention Patrick Madamba, Jr., who was a partner with Fox before becoming senior vice president and legal counsel with MGM Resorts International. He was never afraid to share whatever was on his mind.”

Jackson’s parents, Linda and Harry, Jr., sacrificed a lot to help him become the first attorney in the family. “They’re always there to give advice or lend an ear.”

As for his own advice, Jackson says: Research. Read. Review. “Try to stay on top of the news and evolve along with the industry.”

In his off hours, Jackson still relaxes at pinball. “I’d love to see WMS go back into pinball manufacturing,” he says. “They made some of the best machines.”