An interview and podcast with the CEO of Revel Entertainment on the construction and completion of his $2 billion casino resort on the Boardwalk in Atlantic City and his views on the impact of the economy and other issues on the town. 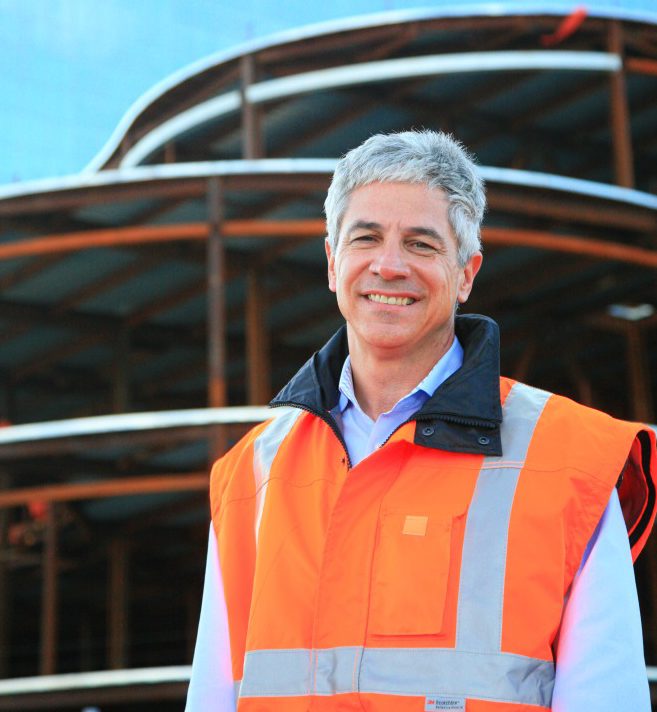 In the midst of the difficult economic downturn, there is one bright light on the horizon in Atlantic City: the billion project still under construction by Revel Entertainment. Although most major projects in Atlantic City (and Las Vegas) have been either put on hold or canceled outright, Revel continues to build, even though it has yet to receive its full complement of financing. Kevin DeSanctis has had to grapple with these changing times. A former executive with Mirage Resorts, Trump, Kerzner International and Penn National, DeSanctis’ single-minded determination to get Revel built has been impressive. He spoke with Global Gaming Business Publisher Roger Gros in July in Atlantic City. The full audio version of this interview is available as a GGB Podcast.

GGB: There are a lot of misconceptions about the Revel development in Atlantic City. Some people believe it is mothballed, but it’s still under construction. Tell us what’s the next goal at this point.

DeSanctis: I think I created a little confusion in January when I announced that we were going to stage the project. Unfortunately, some folks thought we meant we would stop or stall the project. What we meant to convey was that we are staging the project in alignment with the funds we had to complete the project, and it seemed that the most appropriate way to do that was to complete the structure and the enclosure for the three primary elements of the project and hold off on the interiors until we had the final piece of funding.

So, we are almost complete on the hotel structure. The parking structure is complete. The structural steel is complete, and the podium and the enclosure is going up throughout the project, so probably in the next four months or so we will be in real good shape with the overall structure and enclosure.

Everybody’s wondering what the status is with the financing at this point. Your partner is Morgan Stanley, so you obviously have a lot of access to Wall Street investment. How badly has this credit freeze affected you?

If you had asked me that question two or three months ago, it would probably be a different answer than it is today. Frankly, there was no one issuing credit two or three months ago. We’ve been pleasantly surprised over the last couple of months that credit has started to be issued again, which is a good sign.

Unfortunately for us, a “Greenfield” project, we’ll probably be the last type of project, one of the more risky projects to get funded. But unless there is a relapse in the economy, we think it will be very possible to go out and secure the financing maybe in the fourth quarter of this year.

Now, there is a silver lining to all this; when we were unable to secure the last piece of financing earlier in the project, because we had a strong financial backer like Morgan Stanley, we continued to de-risk the project. So now, it’s no longer, “Can you build it for this amount of money?” Fundamentally, the project is built. We understand exactly what the cost is, so the only real question now is, “What, from a profitability perspective, can this project do?”

Should the financing proceed as you hope, what’s the opening date?

From the point where we know we have the financing, it will be a 16- to 20-month period to complete the interiors.

Let’s speculate. If we were to receive financing by the end of this year, we would be open by May of 2011.

Have you had to rework the economic model?

We have. Having said that, because we believe we have a completely different business model even than Borgata, we’ve been really hesitant to change our thought process on how we’re approaching the model. When we talk to our internal group here and investor types outside our circle, they clearly have a view that one needs to discount their pro forma dramatically, and frankly, we just don’t agree.

There are three segments to our business: the hotel cash guest, the hotel comp guest and the walk-in guest. Well, we built our model from the ground up, so based on the assumptions that we’re making, the numbers are what the numbers are. Do I think that the spend will be a little bit less in today’s environment than it would have been before? Absolutely. But the reality is, we have a new product, we have a different product, and I believe that one has to look at this on a situational and a merit basis. Yes, we have changed numbers a bit, but probably not as dramatically as people would think.

There is a lot of competition surrounding Atlantic City, even though it’s all just pure gaming. What does Atlantic City have to do to separate itself from those pure gaming facilities?

First, we have to recognize that the convenience customer is no longer a customer that Atlantic City can depend on. It was a great run, but it’s over. Second, there have been a lot of good things that have happened here, and sometimes I’m a little disappointed when people don’t recognize how Atlantic City has changed over the past several years. You have the Borgata, the Walk and the Pier, you have the Quarter and the Chelsea. The Taj just completed a remodel. Harrah’s completed the Pool and a new tower.

We don’t take advantage of the critical mass of amenities that we have in Atlantic City. From my perspective, Atlantic City has to start working together as opposed to against each other to attract more people in this market. The industry should be thinking of itself as a unit of properties as opposed to fighting each other. That’s a directional change that should happen.