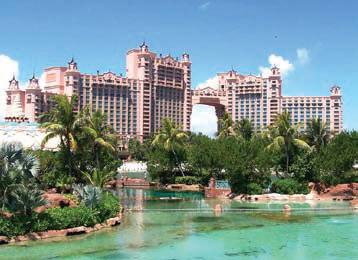 Kerzner International Holdings Ltd., which built the Atlantis resorts in the Bahamas and Dubai, has turned over ownership of its flagship property in Nassau to Brookfield Asset Manage-ment as part of a debt restructuring plan.

According to Bloomberg, Toronto-based Brookfield will forgive $175 million of junior debt in exchange for ownership of the Atlantis and the Bahamas One&Only Ocean Club, along with a 50 percent interest in the One&Only Palmilla in Mexico.

Kerzner also made a deal with lenders to restructure its operating debt, Bloomberg reported.

“This transaction will permit Kerzner to move forward as a management company,” Chairman and CEO Sol Kerzner said in a statement. It allows the company “to get back to doing what we do best—designing and managing world-class destination and luxury resorts under the Atlantis and One&Only brands.”

The 76-year-old Kerzner built what his company calls the “mythical city of Atlantis” on a property in Paradise Island once owned by TV host and businessman Merv Griffin.

A $1 billion expansion, launched in 2007, added hotels and a new dolphin habitat and expanded the Aquaventure water park. The properties acquired by Brookfield had about $2.6 billion in debt when negotiations began in 2010. That is reduced to about $2.3 billion under the deal, with Brookfield’s forgiveness and a $100 million payment that was part of a maturity extension.

The Kerzner company will continue to run Atlantis Paradise Island and the One&Only resorts, according to the statement. Atlantis the Palm in Dubai, jointly owned with Dubai World, is not affected.