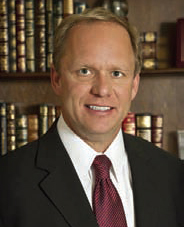 Railroad Pass Casino Hotel is the oldest operating legal casino in Nevada. It was opened and licensed in 1931. Originally, it served the workers on Hoover Dam in nearby Boulder City, where all gaming was prohibited. It’s had many owners through the years, but its current owner is Joe DeSimone, a commercial real estate developer, who bought the property from MGM Resorts in late 2014. A newcomer to gaming, DeSimone officially took over the property when he was licensed in October 2015. He made some immediate improvements and has grown the small market Railroad Pass attracts. He spoke with GGB Publisher Roger Gros at his offices in Railroad Pass in November.

GGB: Railroad Pass is in Henderson, just outside of Boulder City, Nevada, and it’s a very charming little casino. Please give us some of your background, and how it led you into the casino industry.

Joe DeSimone: My background is mostly in real estate and development. I was born and raised in New York. I moved to Nevada, and began doing mostly real estate sales for four or five years, and then made my way into the commercial development business. I did that from 1996, when I opened up First Federal Realty, and I continue to do that today.

We’re always looking to diversify—especially after the recession. First Federal did very well during that time. And this was offered to me as an exceptional business opportunity.

Were you actually looking for an opportunity in the casino industry?

Let’s say I’m aware of what’s going on in the community, and we’ve looked at a lot of different types of business over the years, and never really pulled the trigger. But I must admit that the character of the property, and the nature of the industry being in Nevada, led me to gaming and hospitality, and I thought this would be a good property to start with. I didn’t know how exciting it would be, but the people at MGM made it easy for me.

What shape was the property in when you got here? This was not a core property of MGM, by any means.

When I looked at their numbers, they had a $40,000-a-year capital improvement budget. The place was built in 1931. We replaced the roof, for a few hundred thousand dollars. We painted the place for a few hundred thousand dollars. We extended the bar; we changed the steak room layout and the menus. We renovated every room, for $1 million. Most recently, we bought an LED sign for the reader board on the highway, and spent $500,000 on that. So, we’re millions of dollars into the improvements. We made that commitment to the community, to our customers and to our employees.

Exceptional customer service is the key to success in the casino industry. What are you doing to really try to keep your employees motivated?

Well, MGM had some happy employees, despite the leaky roof (laughs).

We kept everybody on for six months, unless there was attrition. We found that they have happy employees, and the employees have a very unique relationship with the customers, since the majority of our customers are locals from Boulder City and Henderson. So, I understood that unique relationship.

You’ve got a relatively small market, as you mentioned mostly from Boulder City or Henderson. What’s the breakdown of your customers?

I think the standard rule of thumb for us is 80 percent of our business comes from locals, and 75 percent of that is from Boulder City. The customers that come back every day, or once a week, or twice a week, are really all like family. We love them.

You’ve got great payback on the video poker machines, and your table games are second to none, in terms of the low limits and the rules. You can have a good time and not go broke.

The first advice I got was to take out the table games, because it had been a loss leader. And I rejected that outright. And then I sought out advice on how to make it better, and the play has doubled; the people are having a better time. Anytime you come here, the tables are full. It brings excitement because it’s such a small place. And it also makes money now!

Across the street, you’ve got this massive construction project going on: the building of I-11 that will connect Las Vegas with Phoenix. What kind of access will the drivers have to your property here, when that’s completed?

Railroad Pass Casino Road, which goes to the truck stop. We’re really excited about that.

So, you’re enjoying this new industry?

I’m having a lot of fun. I’ve met a lot of really neat people. I’m a people person, and I’ve built my career on that and relationships, and it’s helped me to expand my relationships into a different field, which has been exciting for me. But I like coming by. I enjoy the employees. Not just at the management level, but on a personal level, with the dealers or the cocktail waitresses, or the chefs. I also enjoy the discourse with the customers. It’s been a real fun experience for us.