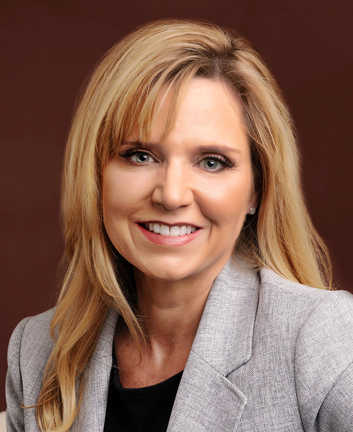 The late General Electric honcho Jack Welch once called human resources “every company’s ‘killer app.’ What could possibly be more important than who gets hired, developed, promoted or moved out the door?”

It’s HR’s job not only to recruit and hire great people but put them together to create great teams. For Laura Lee, chief human resources officer at MGM Resorts International, that task is magnified manyfold. Her 250-member department oversees approximately 60,000 employees across 18 U.S. states and Washington, D.C.

Lee began her career at MGM in 1989, behind the front desk at The Mirage in Las Vegas; she rose through the ranks at Treasure Island, Circus Circus, Bellagio and Mandalay Bay. The Las Vegas native says she enjoyed hospitality, but “always had a calling for human resources, the people side of the business. Knowing how hardcore and fast-paced this industry can be, it’s important to have a human-centered leadership style.”

That approach has been critical in the last two years, when casino workers endured a tense carousel of shutdowns, furloughs, reopenings, reduced capacities and all-new ways of doing business.

“The true colors of organizations really come out during difficult times,” Lee says. “During the pandemic, when we were offboarding a large number of employees, we knew they were watching what we did as leaders.”

To ease the trauma of enforced separations—at MGM, some 18,000 people were laid off in the U.S.—the company offered extended health care benefits, helped workers navigate the maze of unemployment benefit programs, and posted job openings outside MGM on its employee portal. When business resumed, she says, MGM welcomed back a lot of “boomerang employees”—those who left, pursued other opportunities, then came back.

They’re attracted in part by many opportunities to advance. MGM offers workforce development programs such as Jumpstart, which helps hourly employees ascend to the supervisory ranks; Essentials of Leadership, which supports managers in their professional advancement; and the Accelerated Leadership Program, which grooms people for executive-level jobs through a year-long virtual development program. Lee also helped establish MGM’s College Opportunity Program, an online certificate and degree program available at no cost to employees.

MGM is also deeply invested in workplace diversity. In 2018, prior to the opening of MGM Springfield in Massachusetts, Lee took a broad-based and nontraditional approach to hiring that included “pre-apprentice training,” job readiness workshops, and special outreach to women, veterans and the underserved and underemployed, including people on public assistance. The extraordinary effort paid off for the company and the community. When the resort opened, according to Lee, “it had met all its hiring goals for local city residents, minorities and veterans.”

That’s not all. A new sabbatical program allows employees with at least five years’ tenure to take up to six weeks off to travel, to be with family, or just to “reset.”

If Lee were hiring somebody for her own job, what skills would that person need?

“Agility,” she says immediately. “Flexibility. Things change on a daily basis in this business, and we need to stay ahead of the curve when it comes to the future of our employees and their development.”

Gaming is well-known as a meritocracy, where people can start at ground level and work their way to the top. It’s true of Lee, who began at the front desk and now occupies the C-suite; it’s also true of MGM CEO Bill Hornbuckle, who started his career working banquets at the company he now commands.

“There are so many leadership opportunities for you to move up within the organization,” says Lee. “Hospitality is the key to the middle class.”